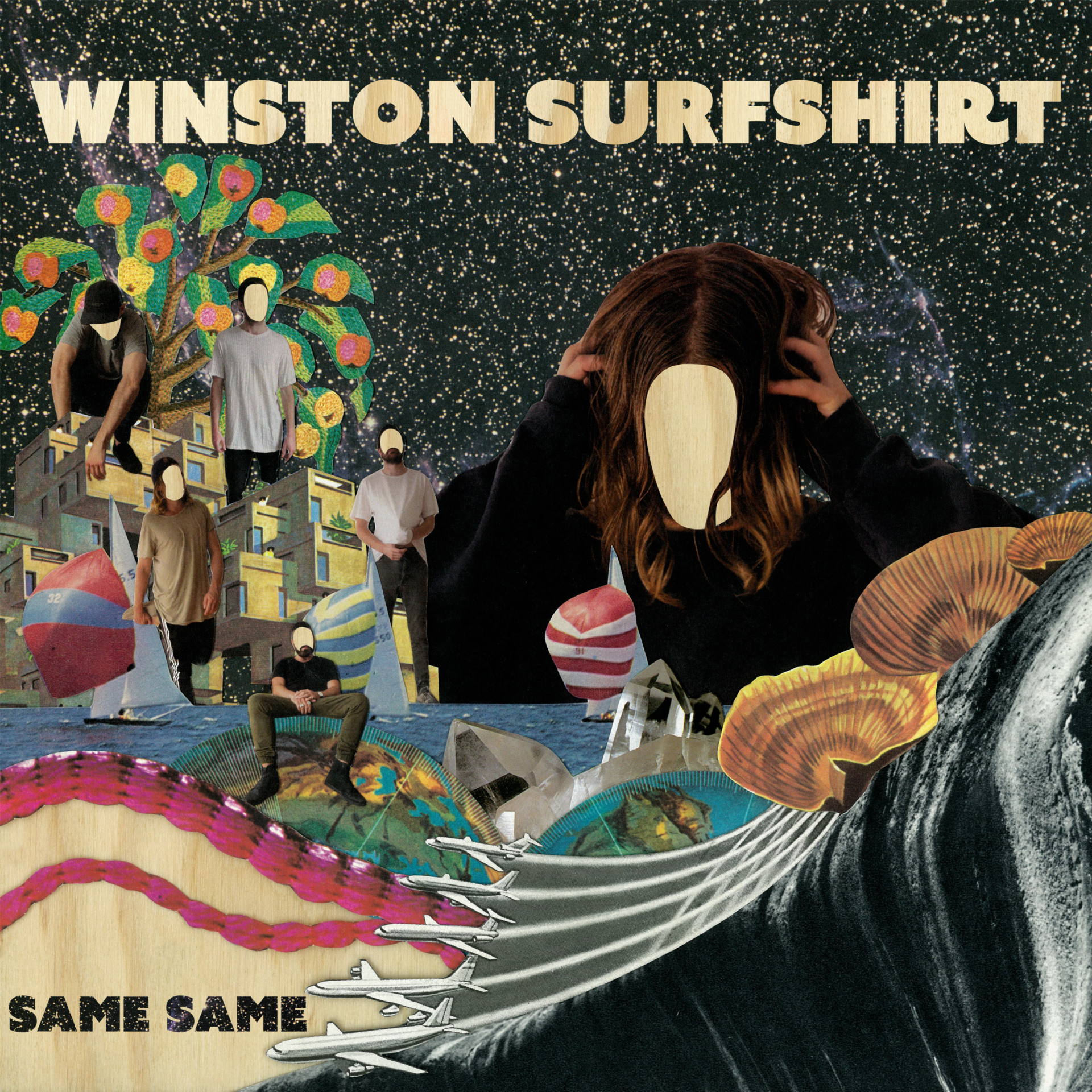 Juxtaposing the filthy, sleazy sound of, say, Snoop Dogg or Robin Thicke with the more cerebral kind of pop we associate with the likes of MGMT or Hot Chip, Sydney band Winston Surfshirt‘s ‘Same Same‘ is a quite irresistible chunk of disco influenced electronica that makes you want to dance and hump your dinner guests’ legs in equal measure (I haven’t, in case you were wondering).

With the six-piece set to release their debut album, Sponge Cake, on the 29th of September, here’s what Winston had to say about ‘Same Same‘: “This was one of the last songs written for Sponge Cake, It started in a different pitch and was much slower, I think through almost playing it live a couple days after it was written for about a year helped to form it into the party that it is now. We called in some extra brass and percussion which really helped create it into the song you’re hearing today.”

Full of blissed out summer grooves, it’s no wonder that Winston Surfshirt have already curried favour with Radio 1’s Huw Stephens and found a truly heavyweight champion in Elton John. And as we all know, Elton will always deny the passengers who want to get on. Winston Surfshirt, however, are clearly not just passengers – they are here for the long haul, so let’s enjoy the ride.