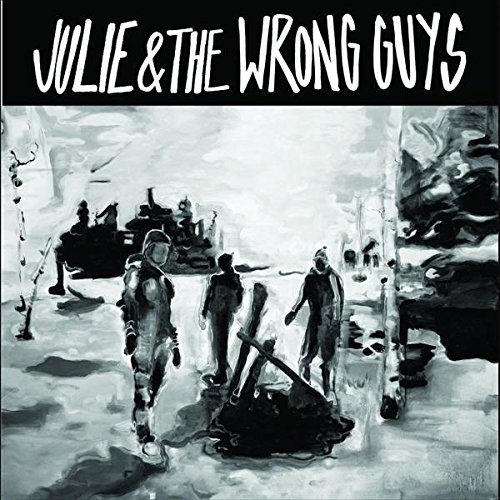 Julie Doiron (formerly of Eric’s Trip, but latterly a solo artist) has teamed up with solo artist Eamon McGrath and Cancer Bats‘ Mike Peters and Jays Schwarzer to form a Canadian supergroup, Julie & The Wrong Guys. But despite clocking up a good few years, in studios and on the road, between them, they have emerged with a self-titled debut album that is fresh, full of hooks and maybe not what would be expected of a ‘supergroup’ at all.

There is a very ‘live’ feel to the record right from the off; ‘Love and Leaving’ beginning the journey with fuzzed up guitars before first the rest of the band, and then Doiron’s vocals, which pleasingly sit somewhere between Debbie Harry and Kristin Hersh, kick in. It’s a winning start and sounds like an obvious lead single from the album. That honour, however, goes to the next track, ‘You Wanted What I Wanted’, a much harder track on which Doiron lets fly with her voice, describing the effect herself as “…channeling my inner Kim Gordon!” That’s a pretty good summation of her powerful performance here.

There is light and shade to the album, though – the album’s centrepiece is a six-minute epic called ‘Tracing My Own Lines’ on which Doiron conveys real vulnerability while the band conjure up a really effective slow-burning backdrop. On the way, we encounter the 20 year old Hoiron solo number ‘Condescending You’, which, in its 2017 makeover, fits seamlessly onto the record. Likewise, it turns out that ‘Farther From You’ began its life in a Cancer Bats soundcheck, but again, it assimilates itself perfectly.

‘Call My Own Shots’, the side two opener if you are going for the fantastic plastic, is another brash and confident song: “The voice in my head says / You should call your own shots” sings Hoiron over another tuneful fuzz-guitar backing, while ‘Calm Before The Storm’ begins quietly, Hoiron’s vocals right up front before it goes off at a tangent, turning into a punchy powerpop treat.

Another epic, ‘Hope Floats’, brings the album to a close; again it builds gradually before taking off into the stratosphere, another powerful yet subtle vocal giving the track a real gravitas.

Julie & The Wrong Guys is released on September 8th by Dine Alone Records.