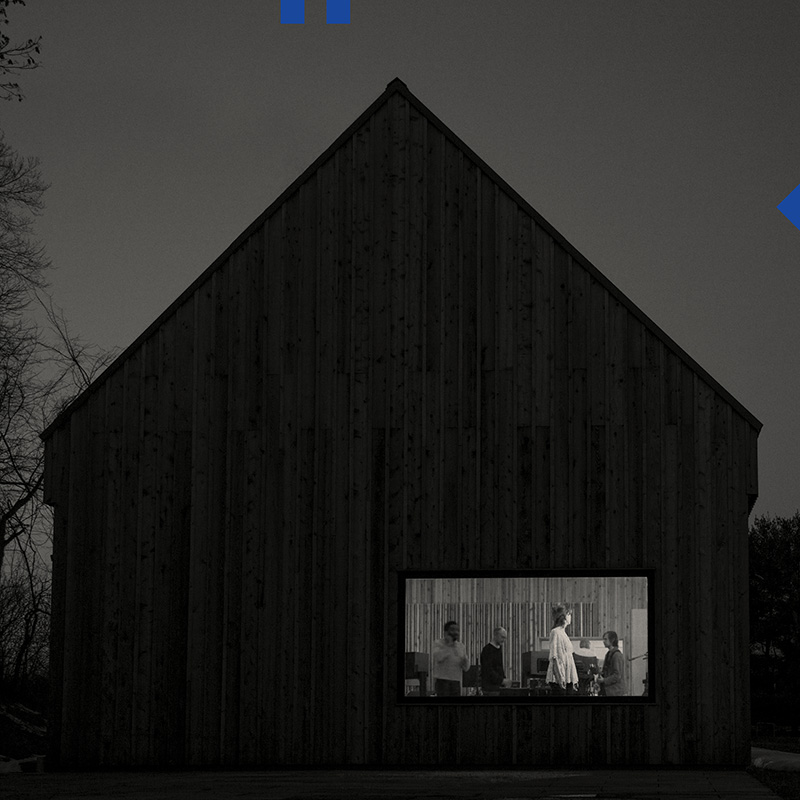 I recently read the suggestion that the The National are the modern day American equivalent of The Smiths, full of introspective self-loathing and cathartic gnashing of molars. Personally, I don’t buy the comparison, I have always pigeon-holed the band as a Stateside Elbow (no don’t laugh!) on account of their ability to reduce the world around them to a series of oblique monologues. Like Elbow, their trajectory appeared to be heading on a collision course with the mainstream with the release in 2013 of the radio-friendly Trouble Will Find Me. A far cry from the disturbed rage of ‘Fake Empire’, ‘Karen’ or ‘Bloodbuzz Ohio’, the album appeared to lay the ground for their descent into middle-age conformity and national treasure status.

There are two ways to grow old musically, you merely accept it pragmatically or you take Nick Cave as your inspiration and age disgracefully by pouring scorn and ire on everything around you. Sleep Well Beast takes the latter approach and Cave is clearly a touchstone as album opener ‘Nobody Else Will Be There’ could easily have wormed its way onto Push The Sky Away; soporific keys giving way to the usual gruff, irascible vocals of Tom Berninger who, as always, has the air of a man for whom life is just too damn difficult.

Thankfully, the remorse and self-pity is back in spades throughout Sleep Well Beast. ‘The Day I Die’ with its archetypal despair sees Berninger take aim at a doomed relationship and positively ridicule his subject into submission whereas ‘Guilty Party’ offers up the flip-side of his personality, more conciliatory in tone with the refrain “there’s no-one to blame/no guilty party” as yet another liaison is consigned to history. Speaking as someone who has endured a troubled 12 months, this is what I want, no this is what I need, from The National. I don’t want a jaunty pick-me-up. All I require is yet another verbal capitulation from Berninger & co to confirm what I already know, the world is going to Hell in a non-motorised vehicle.

In between the self-flagellation, the political jibes are only a track or so away. The electro-weirdness of ‘Walk It Back’ may hint at a tale of ‘don’t say we didn’t warn you’ regarding the Trump era but on ‘Turtleneck’, allegedly written the day after the US election heralded doom for all mankind, Berninger has his blunderbuss well-trained on the evil he sarcastically describes as “the genius we’ve been waiting years for.” The result is as visceral as anything you’d find on Murder Ballads. If you haven’t experienced The National in their seething, splenetic finery then this is the moment you come to realise they are never, ever going to become Elbow. The fire still burns as intensely as it did a decade or more ago.

But for me, it’s the haunting damnation of fatherhood within ‘I’ll Destroy You’ which really makes my blood chill. For all their intellectual fury and rampant nihilism, the simplicity of the line “Put your heels against the wall/ I swear you got a little bit taller since I saw you/ I’ll still destroy you.” will leak tears from any absent heartbroken father.

Seven albums in and The National are no nearer to discovering happiness and thank The Lord for that small mercy. They will always incur the wrath of the anti-hipster brigade who point to them as poster boys for bearded millennials but that is to mis-understand their worth. For anyone with Borderline Personality Disorder, Sleep Well Beast is your anthemic survival guide to the modern world. Dismiss them at your peril. they’re not done yet.

Sleep Well Beast is released on September 8th on 4AD