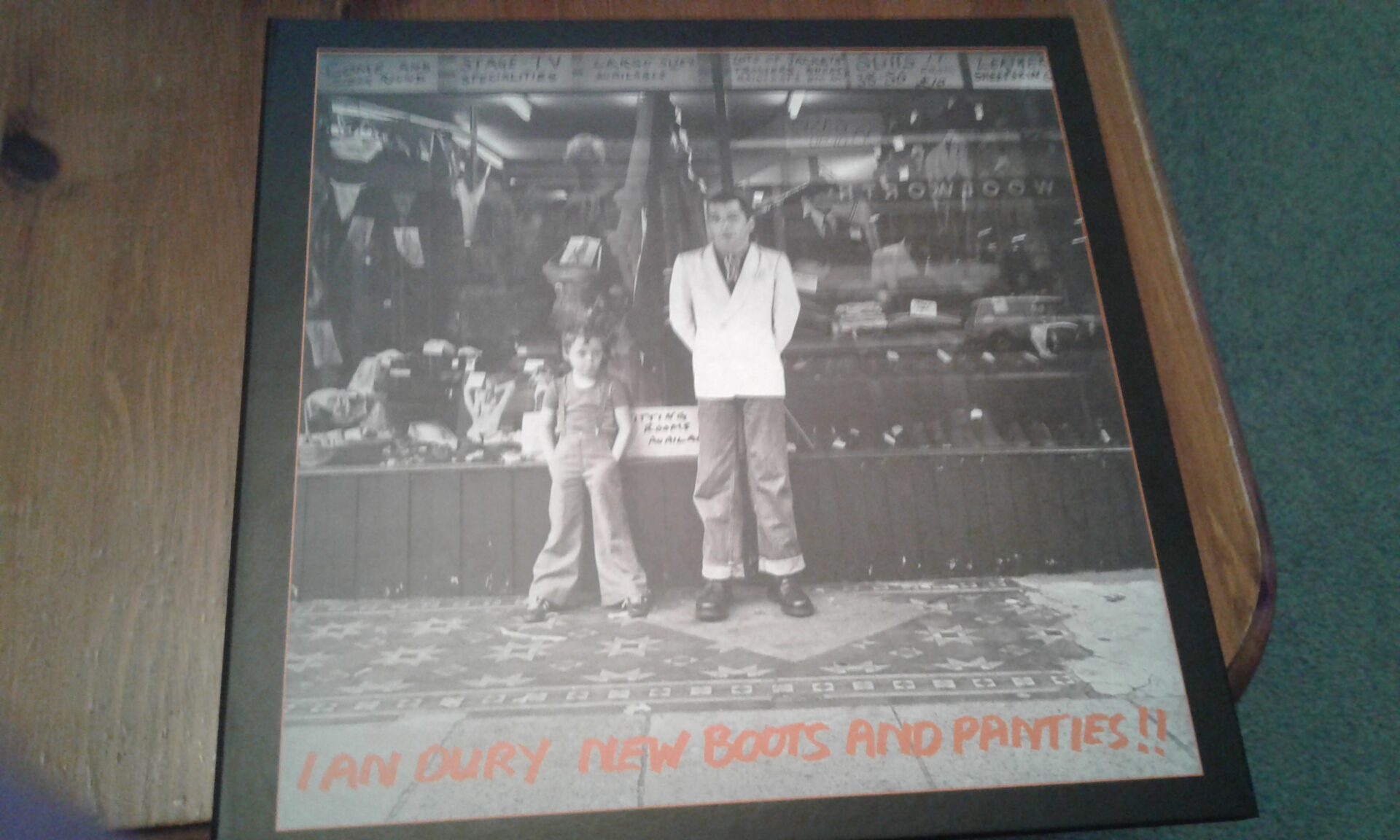 If Carlsberg did 40th anniversary boxsets…

Actually no, bollocks to Carlsberg, for I’m pretty sure they couldn’t even BEGIN to come up with something as beautifully put together as this four CD, one vinyl set; it really is as close to perfection as you can feasibly get. And a majestically packaged boxset is no less than this absolute classic of an album deserves.

Disc one and the clear/white vinyl both comprise the original 1977 long player and showcase just what a poetic genius Ian Dury was. In times like these, where we look back on many periods with horror, especially in light of the number of shocking revelations made by a devastatingly high number of women during the powerful #metoo campaign, it is reassuring to realise, when listening carefully to the lyrics of, say, opening track ‘Wake Up And Make Love With Me‘, that Dury was already way ahead of his time. Where some songs/bands from the era have aged poorly and have quite rightly been contemptuously consigned to the wastebin of misogyny, the former Kilburn And The High Roads man was, instead, in a song that could potentially have fallen into the same trap, treating his partner with the greatest of respect – despite feeling frisky himself, he sings “I don’t want to make you / I’ll let the fancy take you.” 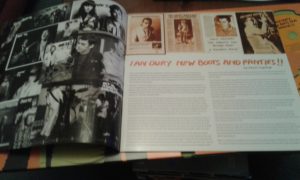 For an album that is held up as a beacon of the punk movement, it is perhaps somewhat surprising that the content within New Boots And Panties!! has little in common with the genre, at least musically. The Blockheads – not actually fully formed at this point, though they would soon take their name from one of the rowdiest (and best) tracks here – were highly skilled musicians who fuelled Dury’s brilliant witty prose with a funked up, soulful jazz groove. Elsewhere, we hit upon old time rock and roll with the vibrant and vital ‘Sweet Gene Vincent‘, the romantic pub rock of ‘I’m Partial To Your Abracadabra‘ and a wonderful introduction to all manner of dubious seedy characters like ‘Clever Trevor‘ or ‘Billericay Ricky‘ (“I bought a lot of brandy when I was dating Sandy / Took eight to make her randy / and all I had was shandy“), often leading us to both laugh and pity these protagonists at the same time. The only time you could really level the standard “punk” label at Dury here is on the album’s two closing tracks, ‘Plaistow Patricia‘, complte with its naughty, sweary introduction, and, especially, the urgent two minute wonder that is ‘Blackmail Man‘.

But you probably already knew all that, so what of the bonus material? Well, disc two is largely made up of B-sides, cuts from NME cassettes, and an almighty John Peel Session from December that year (check out the splendid version of ‘Clever Trevor‘ here, with the almost gospel like female backing vocals). It’s a delectable candy shop of goodies, with variety at the top of its agenda. So it is that you get songs about nicking porn mags (‘Razzle In My Pocket‘) in which the thrill is in the lift, not in the grubby handed thumbing of said glossy book, or the convincing reggae of ‘You’re More Than Fair‘ which, despite its overtly sexual prose, comes across more like a saucy seaside postcard kind of humour, like a Carry On film if it had starred Jimmy Cliff or something, and some quite enchanting between song banter, the like we’ve rarely seen since. 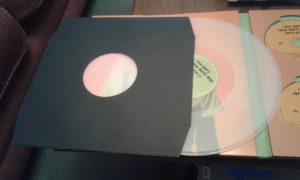 On CD three, we get seventeen demo versions of many of the album’s final cuts, sometimes in instrumental form, as well as a plethora of lesser known, hidden gems. Chief amongst these is probably ‘I Made Mary Cry‘, in which we discover that Dury has a hitherto neglected singing voice that could well have seen him carve a successful career in country music, let alone punk, funk-jazz or whatever else you want to call him!

The crowning glory though is the previously unreleased ‘Live At The Paris Theatre, London 01/07/1978‘ that makes up the entirety of disc four. It’s rare to find a live album that so accurately conveys the thrill of a band at the peak of its powers. The multi-talented Chas Jankell, of course, is the perfect musical foil to Dury’s intriguing, perhaps even sometimes slightly menacing, on stage persona. It’s exciting stuff, at the same time being gut wrenchingly funny and utterly charming. 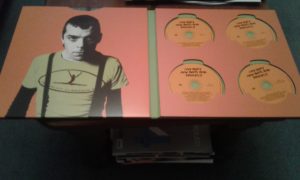 With some superb, misty eyed sleeve notes penned by long time Stiff Records afficionado – Phill Jupitus, in which he describes himself as an awkward, introverted teenager bereft of cash and possessing a crushing shyness that meant he spent hours just staring at girls he liked the look of at nightclubs, with no idea how to talk to them (you weren’t the only one, Phill!). Ian Dury and The Blockheads were one of those bands who ‘saved’ him, along with The Clash, The Sex Pistols and, later, Madness. Truth is, we all know how much of a lift – or even a reprieve – great music can give us, and New Boots And Panties!! is the perfect example of how, within seconds, you’re in another world, Dury’s world, marvelling at its many colourful inhabitants, laughing with (or at) them, delighting in their many unusual predicaments, until you finally come back to earth where, whatever trials and tribulations you’re facing, somehow, none of it seems so bad anymore.

A quite staggering box set, that is, quite frankly, flawless.