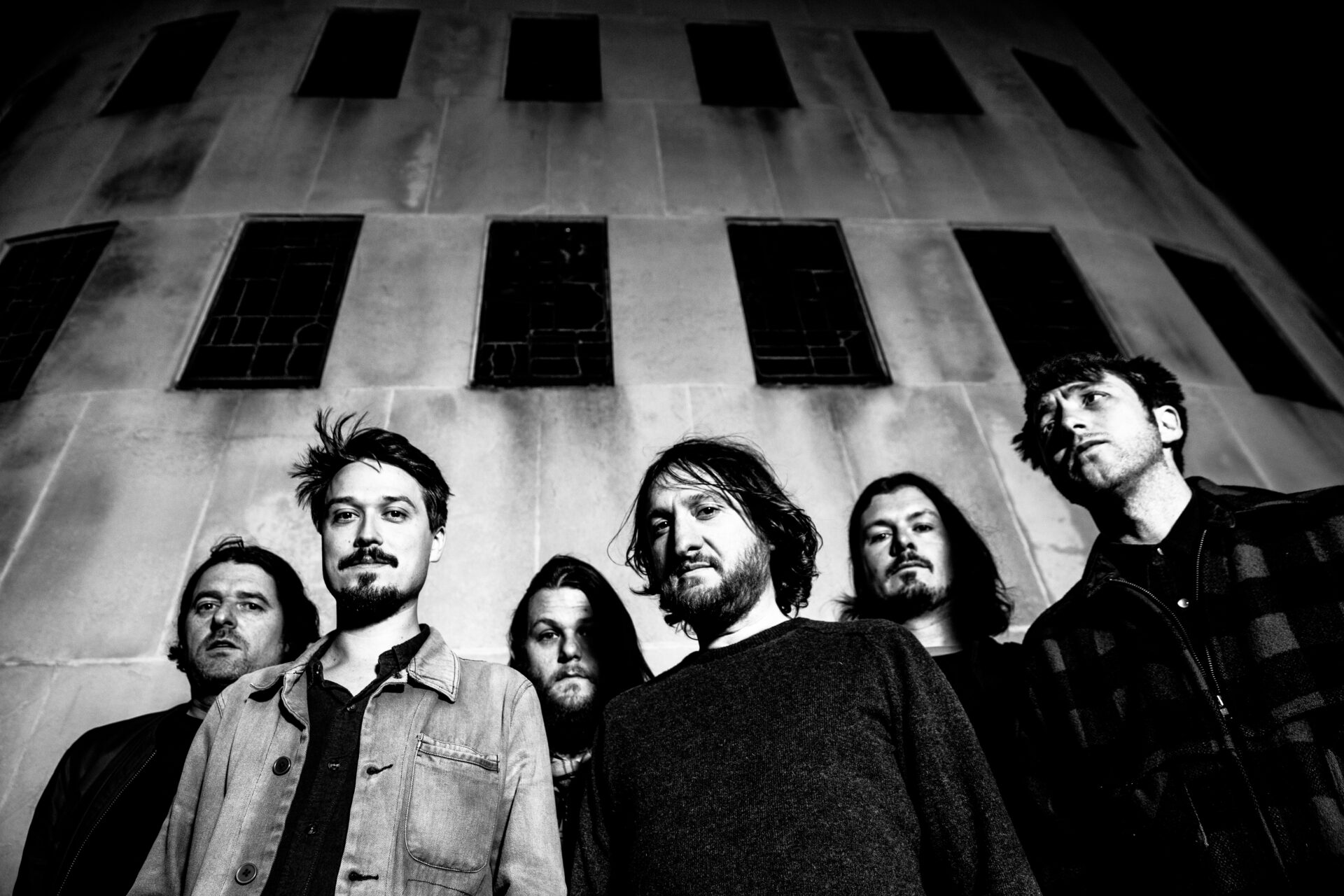 Rongorongo return this week with ‘Black Rain’ released via War Room Records. The damp atmospherics, laced with tremulous guitars, throbbing baselines and foreboding vocals that pear into the distance to see the cloud breaking, ‘Black Rain’ is an insidious pop song that simmers with themes such as climate, wellness and psychogeography, tumbling into crescendo peaks and a vocal defiance that insists the storm isn’t permanent. ‘Black Rain’ is a “is a call to arms and hopefully a helping hand”, explains vocalist Mick Chrysalid. We have the black and white ticking clock imagery of the video premiere watch it above.

Merseyside six piece Rongorongo combine macabre sensibilities with an uncanny knack for ear tunnelling melodies over the course of two prior EPs (Automatic Hypnotist and their eponymous debut). The band most recently performed a high octane show at this year’s Liverpool Music Week Closing Party on November 4th which boasted headline performances from Zola Jesus and Perfume Genius. Rongorongo release ‘Black Rain’ on War Rooms Records shortly after on November 24th. Follow up single ‘Euclid’ is slated for release on January 10th.