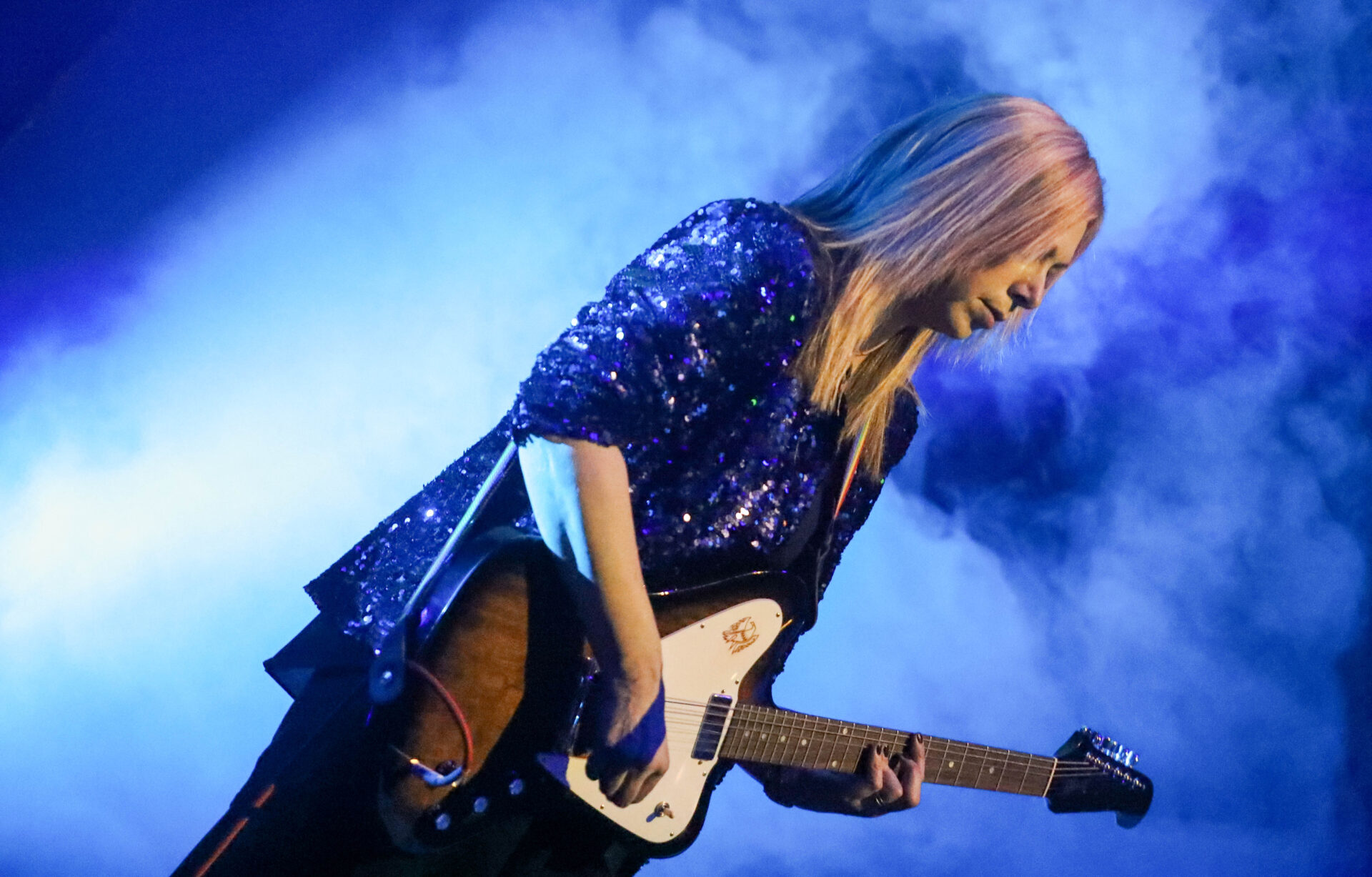 Perhaps defying a lot of the initial expectations, as Hull approaches the end of its tenure as the UK City of Culture the year has been an absolute triumph. This unmitigated success can be measured in the welter of supremely cool arts events that Hull has put on throughout 2017 as well as the manner in which it has helped to both regenerate the East Yorkshire city and positively transform its people.

One of Hull’s last events of this quite extraordinary year is Substance, a brand new festival “designed as a celebration and exploration of the culture, creativity and future of the North”. Held at the very beginning of December, the festival promises ten days of music, film, art and conversation at various venues across the city centre.

We are here in Hull for the penultimate day of Substance and it begins by taking a leisurely stroll from Queen Victoria Square – home to the City Hall, the newly refurbished Ferens Art Gallery and the Maritime Museum, with its nautically themed offices designed by Christopher G Wray – past the spectacular Three Ships glass mosaic mural which adorns the front of the now sadly derelict BHS store building and through the old town to the former fruit market. This short journey reminds you of the countless number of magnificent buildings that still remain in the city, many of which reflect Hull’s proud seafaring heritage. 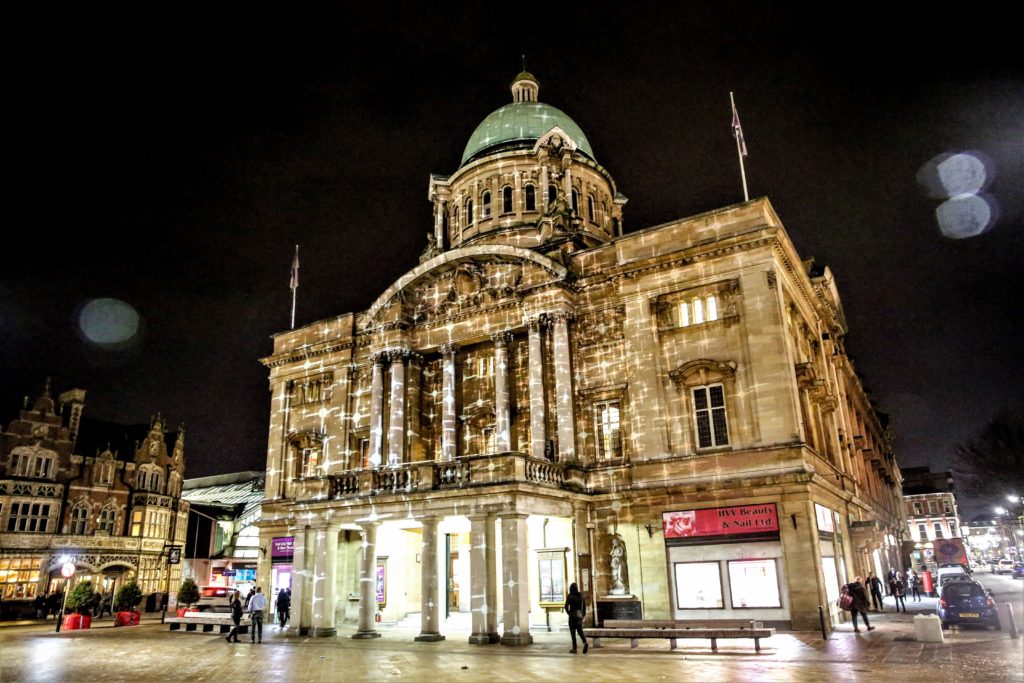 With it’s newly laid cobbles and wide range of bars, clubs and restaurants, the Fruit Market cultural quarter epitomises Hull’s rebirth. Here lies the warm and welcoming Humber Street Gallery, a recently opened contemporary arts space that hosts a gallery, café and rooftop bar. The purpose of our visit is to catch a specially commissioned, bespoke exhibition (free and running right up until 31st December) showcasing some of the work of acclaimed Magnum photographers Martin Parr and Olivia Arthur.

With his trademark Technicolor vision, Parr turns his lens towards Hull’s “rich culinary culture” capturing over a 100 locations including classic fish and chip shops, takeaways and more upmarket vendors and the people who inhabit them. For her part, Arthur concentrates on Hull’s youth culture. Her striking monochrome images of teenage Elvis impersonators, female bodybuilders and tattooed love boys are as bleak as they are beautiful. The idiom ‘every picture tells a story’ has never rung so true.

As darkness falls, it is back to Queen Victoria Square and the majestic Baroque splendour of the City Hall which tonight plays host to Substance Live: The Future of the North, a one-off event which brings together some of the most original, groundbreaking and genuinely thrilling female musicians from the North.

From 6 o’clock to just after eleven, and on two separate stages in the grand central hall, we are presented with a non-stop, wonderfully coordinated and seamless programme of kaleidoscopic sound and vision, beginning with the esoteric delight of The Dyr Sister. The musical vision of Hull multi-instrumentalist Sally Currie, The Dyr Sister weave a magical tapestry of phantasmagoria, one that embraces fact, fiction, reverb and delay, not to mention a couple of early Christmas songs. It all lays down a real marker for the night ahead.

Chambers love Saturdays, be it drinking, partying or just playing some good old fashioned rock’n’roll.  Aeris Houlihan on guitar and vocals and drummer Ellie Churchill play it loud and heavy. As their record label rightly suggests, the dynamic duo are not from London. They are from the North.

Cumbria’s Natalie Sharp is Lone Taxidermist and with the help of her willing band, oodles of PVC and gallons of shaving foam they push at the very parameters of performance art to present a quietly disturbing though ultimately wickedly entertaining romp to the outer limits of sexual fetishism and desire. “Suck don’t swallow, lead don’t follow” she howls over a clattering industrial rhythm before stripping down to her red rubber smalls and surfing the crowd on an outstretched sea of cling film.

To lower the temperature and dramatically shift the mood in what is a brilliantly judged piece of scheduling, scenes from 2097: We Made Ourselves Over are then shown. A dystopian vision of Hull in 80 years time, the interactive science-fiction film is produced by the experimental artist group Blast Theory. It makes for fascinating, if unsettling viewing.

This short filmic interlude precedes a performance that harnesses a similar cinematic power. The Northern Irish artist, singer and electronic composer Hannah Peel teams up with Tubular Brass, a superb 29-piece band to play material from her most recent album Mary Casio: Journey To Cassiopeia. In its cosmic intensity and potent emotional sweep, the music transports the listener to some faraway place light years beyond the earth’s atmosphere. It is as breathless as it is breathtaking.

An oxygen tent should also be provided for when you see PINS. Since first catching them at Live at Leeds in 2013 the Mancunian outfit has metamorphosed into a full-blooded rock’n’roll animal, breathing fire, fury and the strongest of melodies in equal measure. New single ‘Serve The Rich’ is an incendiary rallying cry for us to save ourselves from oppression and exploitation. And the richly deserved encore of ‘Girls Like Us’ bristles with similar attitude and intent.

Nadine Shah is also a torch bearer for the marginalised and oppressed, in her case those who continue to suffer at the hands of the world’s refugee crisis. Speaking from the informed perspective of a second generation immigrant, the music that can be found on her most recent album Holiday Destination aims to develop a greater understanding and empathy in the listener and this message is not lost tonight in a coruscating set that concludes with an anger-fuelled blast of ‘Out The Way’.

It then seems only right that an event whose primary objective is to showcase the talent of Northern female musicians should conclude with one who is currently operating at the very top of her game. Jane Weaver is riding high on the back of her last two, critically acclaimed albums – 2015’s Amber Light and this year’s Modern Kosmology – both of which made it into the upper echelons of many end-of-year top album lists. ‘Slow Motion’ is pure interplanetary pop, soaring up to a place way beyond space’s final frontier. You just want the penultimate ‘Don’t Take My Soul’ to go on forever, so contagious is its hypnotic groove. And ‘I Need A Connection’ sends us out into the freezing December night warm in the song’s delightful celestial afterglow.

2017 has been a tremendous year personally for live music experiences. Highlights include Grandaddy, Angel Olsen, and Lambchop, all in Leeds,  Nick Cave and the Bad Seeds in Rome, and the Liverpool International Festival of Psychedelia. But Substance Live: The Future of the North would have to top them all. As one of the last events to take place in Hull’s incredible year as the UK City of Culture it is also a most fitting finale and serves as a glowing testament to both its organisers and the brilliant, diverse range of female artists who all performed so incredibly well on the night.

More photos from Substance Live: The Future of the North can be found HERE