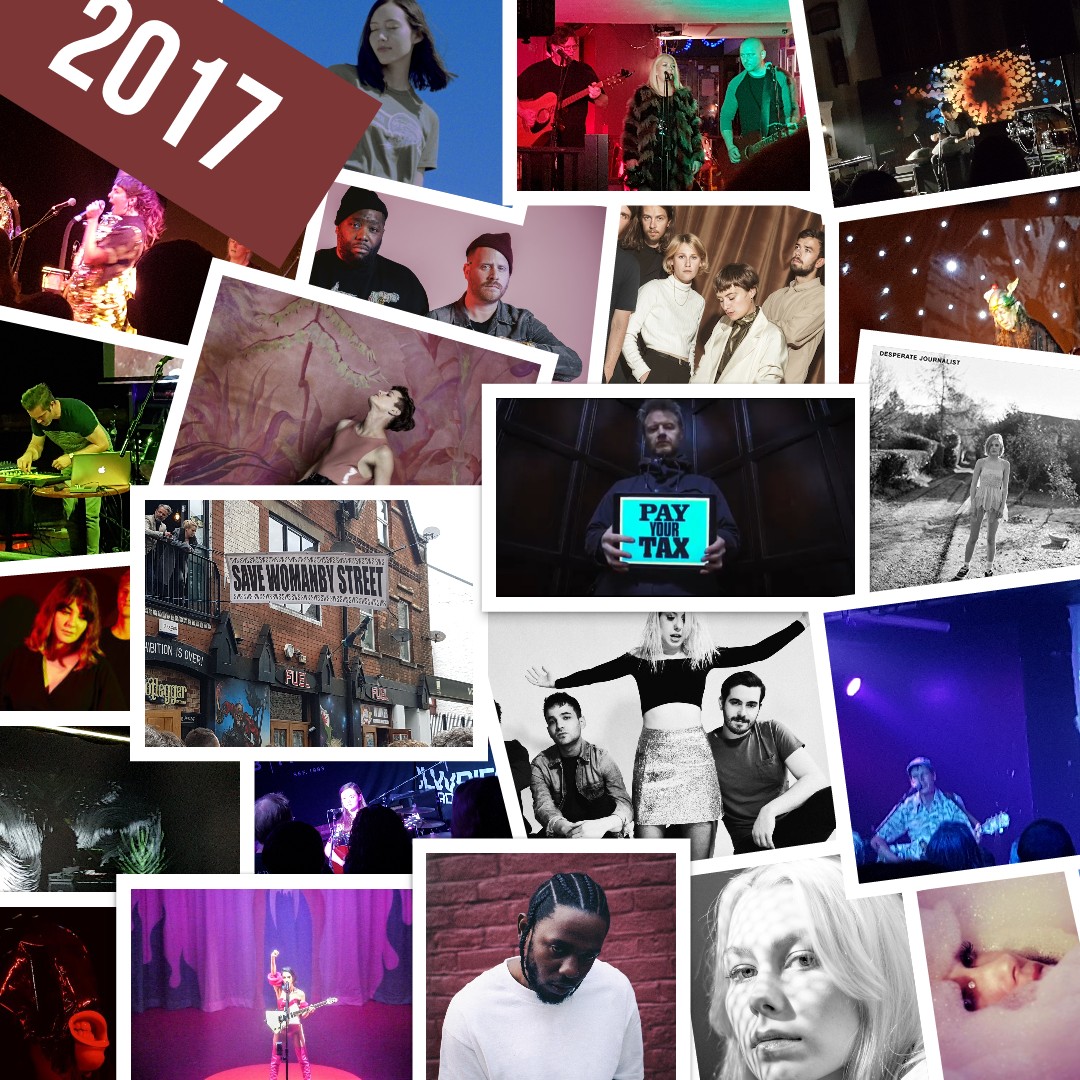 2017 has been a strong year for music, the sheer wealth of exciting artists working today may not always be represented in the mainstream but under the surface, I think there’s such a diversity, eclecticism at play that there is something for every taste if you are willing to seek it out. Hopefully, here at GIITTV we go a small way to helping you with that. To that effect alongside our albums poll, I have collected my highlights of the year including a 2017 playlist on mixcloud and a longer one on Spotify, my top 40 albums, my favourite EPs and live shows. I hope you enjoy. 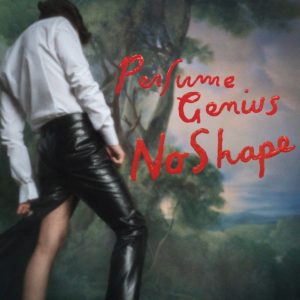 Elegant, graceful yet constantly gripping throughout. Another step up for Mike Hadreas and his brand of grand, shape-shifting pop songwriting that possesses a transformative power.

A longplayer of exquisite quality and dynamism, from subtle midnight electro sounds to evocative dream pop, this record has it all.Let it blanket you.

She crafts evocative soundscapes with subtle beats and deft-handed use of layered synths and samples, each one contains an intriguing sense of space, like small caverns being carved into your subconsciousness and your soul; modern, innovative, and bold.

4. Phoebe Bridgers- Stranger in the Alps

Teaming up with Mike Mogis(Bright Eyes), Bridgers has crafted one of the most emotive, affecting, and well-realised albums of 2017.  This is songwriting with a real personal, poetic, and heartfelt touch.  Phoebe’s crumpled tone and cutting poetic couplets have the ability to stop you in your tracks.

El-P and Killer Mike return for the third unmissable instalment of Run The Jewels.  Trump, police brutality, yawning inequality, and America’s descent into darkness are all topics that they take on with visceral lustre.  Each one is laced with wit, brutal lines, a range of guests, and futuristic beats.

A riot fiendish psych dappled space-pop and outsider sounds that rummage in the wreckage of post-punk and obscure outsider music and crafts sounds that are genuinely gleeful. Each song rattling with taboos, rubbing the face of an increasingly ugly humanity into the dirt.

New Zealander Amelia Murray aka Fazerdaze, crafts a delectable sound that elicits these memories and feelings of yore.Written in her bedroom this is one of the most delightful surprises of the year, dreamy, hazy, wistful a wonderful record that vividly details her growing pains.

Former Pipette returns with perhaps her strongest solo album yet, wonderfully subtle production of undulating synths and choppy guitars give her license to cast her withering gaze across pop culture.

Bella Union comes up trumps again with this gorgeous longer player from a Danish collective that fuses socially conscious melodies to an expansive backdrop of spiralling electronic sounds and alt-pop.

One of the best artists on the planet expands his palette with another quality instalment in his socially and personally conscious document of our times.

Created alongside producer La Priest. This is a vivid document of an unusual, exotic and unique artist, one of the most interesting pieces of pop production you’ll this year.

Electronic pop with a charm and whimsy at the world.From a sometime member of Vampire Weekend.

15. Siobhan Wilson- There Are no Saints

With a voice that could melt even the hardest hearts, Scotland’s Siobhan Wilson, delights and casts us under her spell with a record crammed with quality songwriting.

Jazz and soul-flecked adventures of the mind. An imaginative sonic odyssey.

A late entrant to my chart, charming DIY pop from a Scottish band with several faces.

One of the most consistent bands of the 2000s return with another masterclass in electronic pop.

Goergous shuddering electro-pop from the Toronto group laced with attitude and an unmissable melodic sensibility.

Future of the Left frontman steps into a brutal side project with his trademark wit, absurdity and ferocity.

Welcome to the wonderful, disorientingly dark world of Tender Prey(Laura E Bryon) frolick in this record’s absurd realities, luxuriate in Bryon’s talent for unsettling left of centre pop for the afternoon because quite frankly it’s marvellous, for my money she’s up there with her contemporaries Gwenno and Cate Le Bon.

Excellent songwriting from the Boo Radley’s guitarist. Personal and political songs that delve deeper into his music collection for influences.

EPs of the year 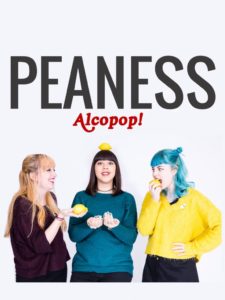 More of a mini album from girl gang Peaness it showed they have the chops, tunes and attitude to capture hearts.

Ninja Tune producer crafts a kaleidoscope of sound on this bleeping and blips electronic journey for fans of Orbital.

5. Art School Girlfriend- Measures
A very special debut release from Polly Mackey’s new project. Hitting the sweet spot between subtle production, emotive vocals and sophisticated songwriting. For fans of Everything but the Girl.

Gigs of the year 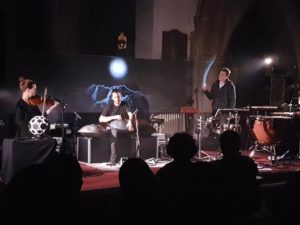 On this evidence, Manu Delagu’s Handmade are one of the most mind-expanding, incredible live experiences that I have ever witnessed. My heart swells and my mind is stretched by such a unique performance, something that I have never ever seen before. It is little wonder that the evening ends with the entire crowd on its feet thunderously clapping its appreciation to tonight’s three performers. It is the kind of rhythm they would appreciate; the rhythms of our lives.

Offering a much-needed redressing of the balance in what is still a male dominated music industry rife with sexism, The Future Is Female is a forward thinking event that champions unique female artists and brings them together for a communally supportive gathering, brimming with energy, fun and inspiration. If the future is female and looks and sounds anything like this then I say bring it on!

Rounding off the night with perhaps his trademark song ‘A New England’ its chiming guitars decorated with a longing for a promise unfulfilled, it comes with the extra verse dedicated to and written for Kirsty MacColl (who also had a hit with her excellent version of the song) is greeted with a sing-a-long of its heart-bursting chorus. And with that its all over and we spill out into the winter’s November night our hearts swelling with song and our souls stirred with hope. Billy Bragg is now in his sixtieth year, he’s one of us, he keeps the faith as an enduring songwriter and activist, and whilst he can sure talk for (a new) England, most of all he’s a bloody good bloke.

Cosmic hippy busker with a Casio keyboard transports us to a different time and place with a disarming charm.

Another cavalcade of noise pop delighted attendees of the Gate in Cardiff this year.

Anti folk legend leaves us grinning from ear to ear with his amusing adventures in lo-fi.