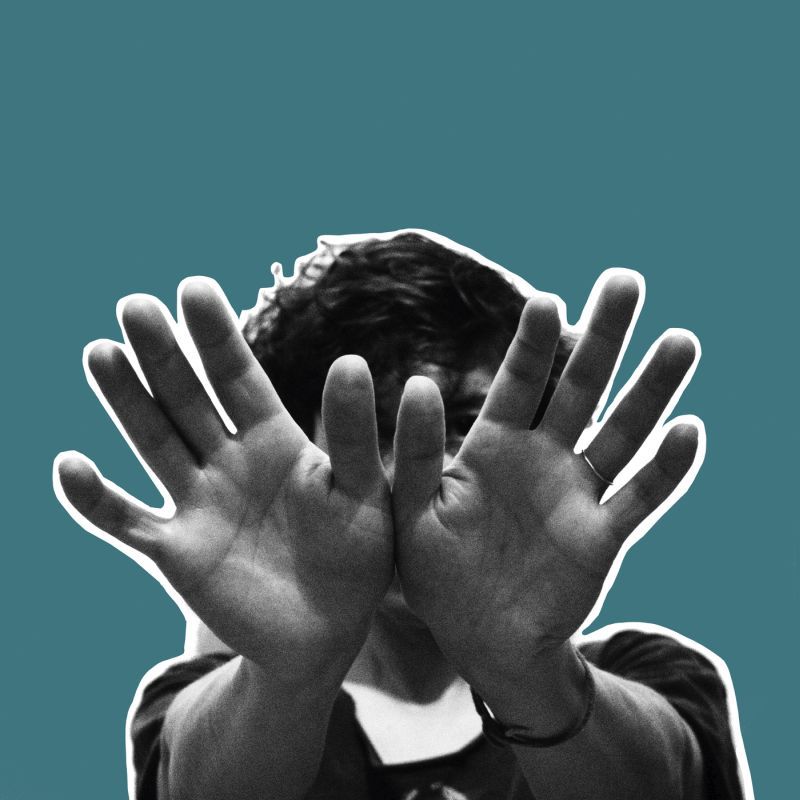 Hands appear to be an omnipresent motif in the promotion of Merrill Garbus’s latest release. They feature on the album’s artwork, tour poster and in the music video for the addictive lead single ‘Look at Your Hands’. It’s clearly metaphorical. The New England-born musician has made political and environmental statements with her project Tune-Yards before – targeting America (‘My Country’), poverty (‘Water Fountain’) and slavery (‘Real Thing’) – but this time instead of pointing blame at others, she’s looking at the blood on her own hands, so to speak.

Although lyrically inferior to their previous albums (less clever rhyming wordplay and less intriguing due to not sounding like a surreal children’s storybook), on Tune-Yards’ fourth album I Can Feel You Creep Into My Private Life, Garbus speaks interestingly about her own actions in the face of gloomy issues. She talks ominously about potential future natural disasters on ‘Coast To Coast’ and ‘ABC 123’. On the former, she imagines a prophecy of New York being submerged by water but rather than address the issue bravely, she cowardly remarks: “kept my eyes closed, didn’t say a thing”.

While on the latter, Merrill Garbus predicts California burning down, perhaps like that horrifying sequence in Terminator 2, with the musician suffering “skin boils red, scabs and stings” but at the same questioning why she was so preoccupied with being liked rather than aggressively acting on her request for “the investment in a generator.” Later asking herself: “Why was I nice? / “What should I do”?

It’s just not just Merill Garbus’s mindset that has changed within the three-and-a-half years since her last Tune-Yards’ release Nikki Nack. The spelling of Tune-Yards’ name has changed from the typist nightmare (tUnE-yArDs), which could suggest a sense of maturity but also introduces the line-up switch from a solo project to one that now operates as a duo with long-term collaborator Nate Benner.

The most noticeable change perhaps is the music style, which has an added buoyancy that makes it more dance-floor friendly than bedroom-bound. A contrast to the bleak lyrics that lay within the record. There’s house beats, digital vocal manipulation (according to Garbus, it’s on purpose to sound like she’s trapped inside a machine) and lyrics that are repeated many times, sounding like the track’s already been remixed. However, much like Real Lies’s Real Life from 2015, it’s influenced by electronic dance music fronted by powerful soulful singers from the late 80’s/early 90’s (Black Box, Crystal Walters, Technotronic) rather than the current chart-toppers.

‘Heart Attack’ contains strings reminiscent of Rhythim Is Rhythim’s ‘Strings Of Life’ from 1987, as well some effective Shepard Tone, which catches on to a technique also used by Django Django and Franz Ferdinand recently. While the aforementioned ‘Look At Your Hands’ sounds like Bassomatic‘s Fascinating Rhythm’ from 1990.

Throughout the evolution of Tune-Yards (from the D-I-Y debut to the polished present production), some things have always remained the same. Merrill Garbus’ love for embracing African rhythms and spirit, which can still be heard in her bellowing soulful vocals (comparable to Ibibio Sound Machine‘s Eno Williams, as well as Kelis and Santigold) and energetic tribal percussion, hear ‘Hammer’ for the best example.

Most importantly for loyal fans, the way that songs unfold adventurously and unpredictably (making it hard to second guess her compositions) still exist, as well her inclusion of a few field recordings. ‘Colonizer’ is a mysterious robot-funk track with the groove of Dutch group My Baby but contains spontaneous Eivør-like folk singing half-way through.

Then there’s ‘Who Are You’, a blend of Metronomy keyboard, the tempo of Sade‘s signature quiet storm and cool saxophone jazz. Furthermore, ‘Private Life’ could be a straightforward African-influenced motivational chant about feminism, if it wasn’t for the uncompromising creepy out-of-tune voice heard every so often.

Despite admitting to hiding behind her hands and avoiding responsibility from important global issues recently, sticking her musical ethics is something she hasn’t shied away from completely.

I Can Feel You Creep Into My Private Life is released on 19th January through 4AD.