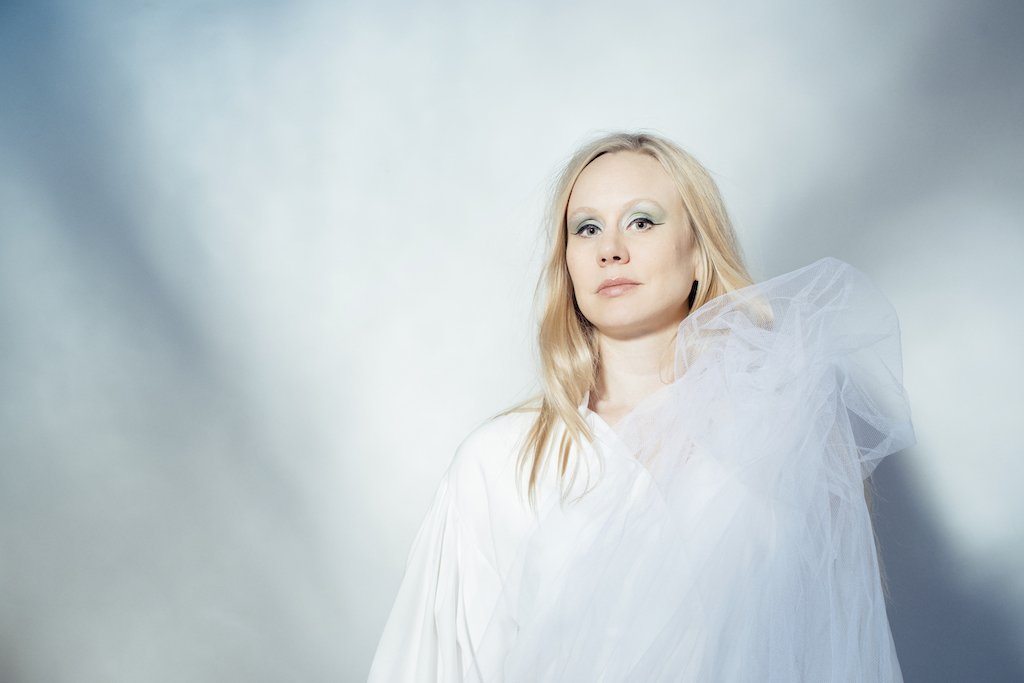 After an absence of nigh on four years, Damon McMahon – the man who is Amen Dunes – is back. And he is back with a vengeance. His fifth album Freedom, the follow-up to 2014’s highly revered Love, will be released on 30th March through Sacred Bones and the record’s first single ‘Miki Dora’ is a serious statement of intent.

Taking its title from the name of the controversial Hungarian-born surfer, McMahon explains that the central lyrical thrust of ‘Miki Dora’ is one of “reflection on all manifestations of mythical heroic maleness and its illusions”. And it is these darker, more contradictory elements of Dora’s personality that lie hidden just beneath the song’s graceful electronic waves of esoteric sound and contribute towards it’s ultimately supreme sense of symbiosis. (SG)

The Detroit-based electronic musician Shigeto has just announced a European tour in April, including a couple of UK dates in London and Leeds. To whet our appetite for these shows take a listen to ‘Detroit Part II’, the lead single from his recent studio album, The New Monday (out now via Ghostly International).

It is now more than four years since Zachary Saginaw (the artist known as Shigeto) went back home to Michigan and ‘Detroit Part II’ captures perfectly his return and then absorption into the Motor City’s vibrant musical community. Stretching out to almost seven and half languid minutes, the song fuses his characteristic jazz textures with those of dance music and a far more ambient sound. (SG)

This is a ‘Perfect Day’ though not perhaps as you have heard it before. Norwegian artist Susanna (Karolina Wallumrød) has taken the Lou Reed classic and demystified it. She reinterprets the song as an even more subtle and beautiful paean to love, making it far more inclusive and somehow shedding its more populist skin in the process. It just keeps you hanging on. And on.

‘Perfect Day’ is one of 10 songs that can be found on Susanna’s forthcoming album Go Dig My Grave. No less than her 12th long player in total, the new record features collaborations between Susanna and her fellow Norwegian countrywomen the accordion player Ida Hidle and fiddle player and folk singer Tuva Syvertsen, alongside the Swiss baroque harp player Giovanna Pessi. Go Dig My Grave is due on the 9th of February via SusannaSonata.

Filmed in Oslo and directed by André Løyning, the video for ‘Perfect Day’ “promotes the rights for people to love and live together regardless of gender.” (SG)

Let’s face it; Anna von Hausswolff is a bit weird. The pipe organ-thumping Queen of the Prolonged Scream is obsessed with death and in her latest video, for ‘The Mysterious Vanishing of Electra’, from the forthcoming album ‘Dead Magic’ (released on black vinyl as the promo goes out of its way to state) the Swede finds herself buried in a vegetable patch and being dug up, Carrie-like, presumably by her killer ex.

There is subtle wordplay here. As aficionados will know Electra is one of her many names so she may be referring to the death of a part of her. Or it could be to do with the Electra who appears twice in Greek Myth. All will no doubt be revealed in due course.

Weird or not, the woman who is often touted as the natural heir to Swans consistently churns out powerful, even spine-tingling music, doesn’t disappoint here and even manages to add a flavour of spaghetti western at the beginning. (DB)

Spanish-born Londoner Vivienne Chi’s third single, ‘Blood Brother’ lacks the catchiness of the previous one, ‘Junk’ or the atmosphere of ‘Vivienne’ but showcases nevertheless a confident and composed performer who has learned her trade the hard way over several years, juggling various day jobs while playing shows in numerous collaborations.

‘Junk’ was concerned with a homeless woman she knew who always dressed as well as she could while this one is about “the correlation between light & love; the notion that a beam of love can shine upon us, refracting our single light into glistening colours, while at the same time they are polar opposites; their moments together are precious and short-lived before they inevitably bounce apart like magnets.”

That might sound a tad pretentious but the arrangement certainly catches the physics of the refracting colours while she is quickly trade-marking a distinctive sound of her own. (DB)

‘Blood Brother’ was released via Ferocious Label on 19th January

I’m not sure what J.C. would make of Govan, famously home to Rab. C. Nesbitt and apparently the earliest Christian site in the Glasgow area, but as Glaswegians, Trembling Bells will know all about it. The psych folk-rockers were influenced by Fairport Convention and this wonderful song has the imprint of that band stamped right through it, along with The Strawbs and even a dash of The Darkness.

Not a new song, they’ve been playing it for a year at least, the video is, and they’ve been getting extensive airplay this week on 6 Music (Maconie, Riley etc). It will feature on new album ‘Dungeness’ which is out on 30th March on Tin Angel Records, accompanied by a national tour mainly of pubs.

A little slow to get going it rises to a terrific climax that is well worth the wait, while vocalist Lavinia Blackwall has a voice to die for. If anyone out there is wondering what folk-rock means, this is it. (DB)

Minute Taker – The Weight Of It All

Multi-talented, folktronica artist Minute Taker, Ben McGarvey, released his third collection in November 2017; Reconstruction, a mini-album. His second single ‘The Weight of It All’ contains the base elements of that album’s mix of ghostly incantations and voice work – the opening churchy arrangement of harmonised vocals is instantly captivating. Imagine a meeting of Alison Moyet and Doves, you get echoes of Kate Bush in the percussion and piano, and washes of Manchunian melancholy everywhere – the warmth is almost tangible. Ben’s layer building is hypnotic and intoxicating, rewarding repeated listens. The poignancy is powerful by the end of the track.

The hooks reek of early-career effortlessness that makes you want to seek out the rest of Ben’s material and yet part of you doesn’t in case it doesn’t match up. Spoiler: it does. (CM)