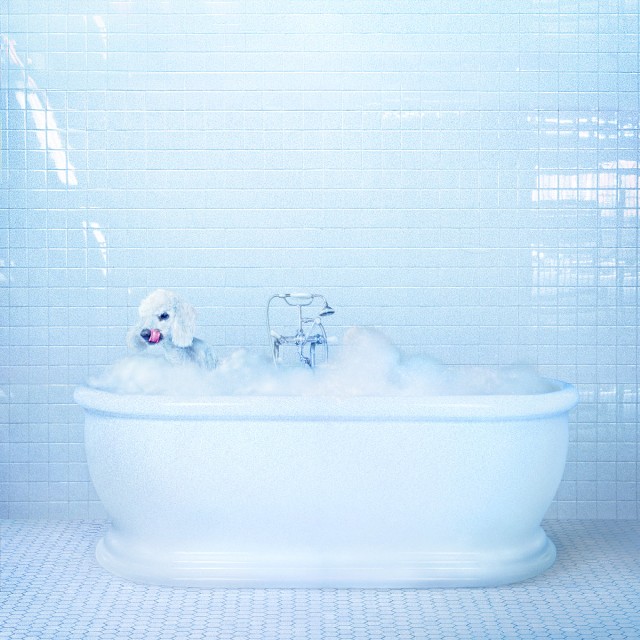 There’s a universe in which a lot of recorded music exists, and then there’s the Frankie Cosmos cosmos. It’s an alternative realm, full of lo-fi alt-folk and fuzzed rock. It has a rarefied and carefree atmosphere in which the music, angsty though it can be, breathes freely and easily. It originated on the New York DIY scene in 2011, when Greta Kline began turning her neurons and viscera into notes and verse.

Fifty-two releases later from Kline (none of your lazy-arsed King Gizzard productivity rate here) her four-piece, Frankie Cosmos, delivers its third album, Vessel. They may be on a major label now (this their first album on Sub Pop), but they are still DIY and DIY still stands for “Don’t Invalidate Yourself.” You still can’t accuse them of playing the populism game. Of the album’s eighteen tracks, seven make it over two minutes.

Only the opening and closing tracks are close to qualifying for the Sylvan Esso “slave to the radio, three-point-three-o’ category. Yet at 3.28 apiece, two seconds short of that magic broadcasting ideal, their timing feels like an insurrectionary micro-gesture to the mainstream. You could get from track seven, ‘Accommodate’ to the end of track twelve, ‘Being Alive’ in the time it would take to listen to Guns N Roses’ ‘November Rain.’

Suffice to say that you’ll benefit more from either of the aforementioned, brief Frankie Cosmos tracks. “My body is a burden,/ I’m always yearning/ to be less accommodating,” on ‘Accommodate’ warns against the modern failing of being tolerant to the point of apathy, whereby wronguns are not held sufficiently accountable. ‘Being Alive’ is a quick-slow-quick mantra, with its chastening wisdom of “Being alive matters quite a bit,/ Even when you feel like shit.”

Many of the album’s tracks were completed in a single take, possibly two. Listening to embryonic, fragmentary tunes, or even bijou snippets can be a challenge, as they instinctively belie what makes up an album. Vessel is by no means shiny. At times it’s positively shabby and unvarnished. ‘Ur Up’ starts, grinds to a halt and then restarts. ‘My Phone’ (“My phone will die,/ But I won’t even cry”) is a thirty-six-second, simply-strummed technology-mishap-resilience-for-pre-teens singalong.

Yet once you surmount that conceptual prejudice on a second listen, or after having a good, hard think about your first listen (a very likely necessity), you’ll probably conclude that these compositions are a rare triumph of substance over style. They barely need ninety seconds to provoke a reaction. Kline mulls over whether anyone is even listening to what she has to say on the sparse, acoustic ‘This Stuff.’ There’s more than a hint of The Breeders on ‘Apathy’ or ‘Same Thing,’ as she contemplates the uncertainty or volatility of love.

If you’ve emoted through 2018 releases by Lucy Dacus or Soccer Mommy, or winced empathically through 2017 confessionals from Diet Cig, Waxahatchee or Fazerdaze, the lyrical honesty of Vessel ought to radiate strongly from within that already bright constellation. There has to be space for artists and albums like this.

Vessel is released on 30th March through Sub Pop.