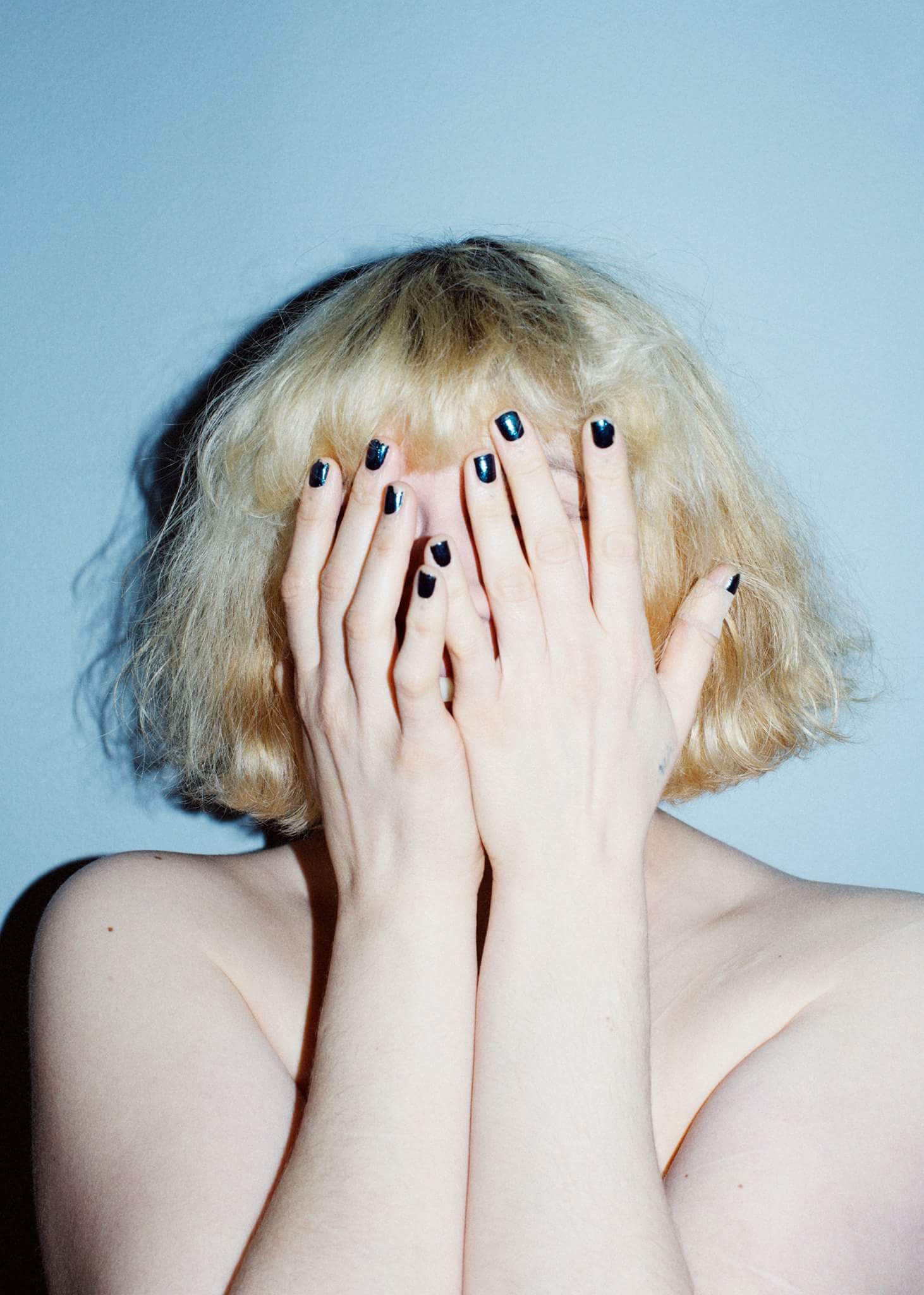 Sibille Attar – I Don’t Have To

Sibille Attar‘s new single ‘I Don’t Have To’ is a grandly meditative musical hall style pop song that takes the listener on a journey, there’s a grandness to this wonderful instrumental shudders and Attar’s exquisite vocal swoop, that bristles with a longing, and punctuated defiant exclamations, she sings into the ether capturing the painful contradictions of love, it certainly fits in the tradition of the likes of the Dresden Dolls or more recently U.S. Girls, and it sounds absolutely glorious. The second single from Sibille Attar’s upcoming comeback EP Paloma’s Hand, which is due on April 27 on limited edition vinyl and digitally. Paloma’s Hand is Sibille Attar’s first release in five years and the follow-up to the debut LP Sleepyhead. (BC)

Written some three years ago following the death of her father, Tess Roby’s debut album Beacons will shortly see the light of day when it is released via Italians Do It Better on the 4th of May. The record is inspired by the times that the Canadian artist spent with her family in Lancashire in the north of England, with its eight songs recorded on the drum machines and synthesisers she found in her late father’s recording studio.

The first single and video to be taken from the album ‘Catalyst’ keeps her earlier memories fresh and alive in a splendid wash of electronic sound, over which the Montreal-based musician photographer sounds eerily like a young Nico. But where the doomed German singer’s subterranean music was helplessly immersed in an unfathomed darkness, Tess Roby elevates hers above any lingering sense of melancholy to a point where she can embrace hope and love. (SG)

Natalie Prass is a sister who is undoubtedly doing it for herself. And for others too if the song ‘Sisters’ is to be our yardstick. The second single to be taken from her forthcoming album The Future and the Past (following in the rather wonderful slipstream of ‘Short Court Style’), sees the Nashville-based singer-songwriter hoist an incredibly funky flag for equality in general and female unity in particular. This time she blends elements of neo-soul, gospel and R&B into her ever-evolving sound, and with each passing track, Prass raises her musical chameleon bar ever higher. (SG)

East Nashville’s Erin Rae McAskle has just unveiled ‘Can’t Cut Loose’ the first track to be taken from her forthcoming album Putting On Airs (the eagerly awaited follow-up to her full-length debut, 2015’s Soon Enough) which will be released on the 8th of June on Single Lock Records.

Dealing with the wider concept of dependency, ‘Can’t Cut Loose’ is a deeply personal account of Erin Rae’s past reliance upon someone or something to improve her emotional well-being. Played out over a simple melody, the song reinforces Erin Rae’s ability to deftly journey along a long and open highway that connects more traditional folk with modern country music. (SG)

7Chariot – Danger in Me

7Chariot (pronounced “seven chariot”) released her second single ‘Danger in Me’ via London-based boutique “new music” label OEOE on 23rd March.  7Chariot is the professional alias of Nashville-based, 20-year old Claire Wilkinson, who has been working as a songwriter and musician since the age of 17.

The name 7Chariot refers to a tarot reading her grandmother gave her when she was looking to start her career as a musician.  She was born into a family of naturally intuitive and sensitive individuals.  The reading offered up The Chariot card, with the associated number being 7.

‘Danger in Me’ concerns how she sees herself in a contradictory manner; both as vulnerable and brazen as she attempts to “self-validate” the qualities she finds most challenging in her own experience. “We all have a little danger in us sometimes and that’s ok,” she says as she offers smart lyrics describing the “Chaos in my order, sharks under the water” and of “walking over broken glass, again.”

There is little of what makes Nashville tick in this song. There is plenty of solid alternative pop, enlivened by some surprisingly complementary brass. (DB)

The Lucid Dream are back with ‘SX1000’ a colourful, trippy acid house infused cut that sees them experimenting with loops and synthesized sounds, it’s influenced by the sounds of the late 80s and early 90s from Manchester and Chicago. It’s certainly a shift from the Cumbrian group hitherto known for their driving propulsive gaze rock sound and the first intriguing taster of their forthcoming fan-funded fourth album. Lucid Dream play Band On The Wall on 6th April. (BC)

Swedish producer boerd fuses classical bass playing with downtempo electronica, and his new single is out today on AnjunaDeep. boerd is a bass player also playing the double bass with the Swedish Royal Opera, Swedish Radio Symphony and the Royal Philharmonic Orchestra. His experience as a player in a significantly larger ensemble gives his music a unique vision and his arrangements a focus not easily realized by the typical bedroom producer. The new single ‘Fragment II’ is a song about coping with the poor conditions and hard times life can throw at you, a patchwork of ambient sound textures, beats, classical instrumentations and a sample cribbed from a documentary where a child talks about living in abject poverty:

“I love the recording of the little boy talking about his poor family and the conditions they live in. He sounds kind of optimistic in a way, even though what he’s talking about sounds pretty terrible. We all go through hard times and maybe this track is about coping with it and coming out at the other end.” (BC)

Common Holly – If After All

Playing House is the debut album from NYC-born, Montreal-based musician Common Holly, aka Brigitte Naggar – out now on Solitaire Recordings. Following on from a warmly received show at SXSW and support slots with the likes of Ought, Phoebe Bridgers, Julien Baker and Snail Mail, Brigitte is coming over to the UK for her debut shows on these shores in May. Her album’s opener ‘If After All’ shows a songwriter with a meticulous detail, infused with her dulcet diary-like introspection and shows off her subtle use of enveloping melodies and fluttering instrumental flourishes that shift sewn into an affecting collision of jazz, rock and folk timbres. (BC)