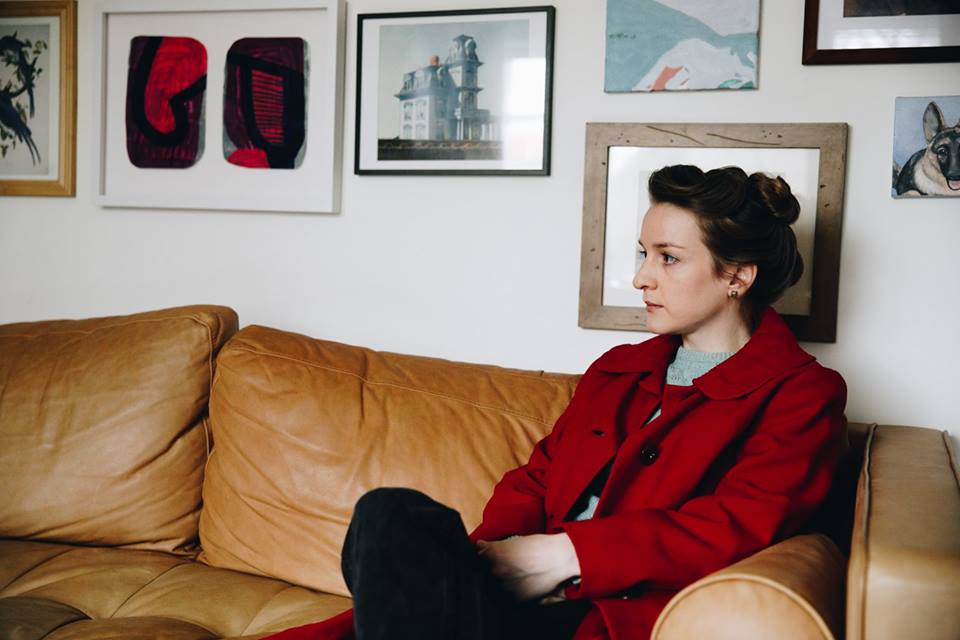 If you ever find yourself deep in the heart of the Californian Desert and stumble upon the concrete remains of an old Second World War military barracks, you will have reached Slab City and you suspect it will look and sound exactly like the debut single from The Mu-Tones.

‘Slab City Records’ is as hot as Hades, a relentless, stifling blast of determined garage pop. The work of former Marion guitarist and the band’s chief songwriter Anthony Grantham, alongside Alex Redhead on bass and drummer Peter Gray, it is a life lesson in resilience and survival.

Due to be released on the 30th of June 2018 through Rhos-on-Sea’s Ugly Man Records ’Slab City Records’ will be launched by The Mu-Tones that very night at Jimmy’s Northern Quarter in Manchester. (SG)

The Danish duo GENTS craft music that bristles with a sensitivity, and tenderness that recalls the work of Japan and Tears For Fears and Pet Shop Boys, placed in a modern production setting. ‘Empty Shell‘ is a gorgeously realised pop song, vocals that reside with knowing lyrics that surf the divides between happiness and pain with a grace and tunefulness of the best pop music. ‘Eternally heartbroken by the inherent sadness of life itself’ and clinging to the tiny moments of joy.

Speaking of their new AA side ‘Moments’, they tell us “GENTS is a recreational space, where everyone is welcome to come and feel good, while we look for sense and meaning behind it all together. It’s a spa stay, where giving yourself a treat goes hand-in-hand with being naked and vulnerable around others. On ‘Moments’ we try but can’t work out how to be whole people or whole lovers – no matter how much we want to.

‘Moments’ is for people who dare to voice their feelings of doubt and inadequacy. We’ve come to say that ‘you’re good enough as you are, you beautiful mess!’ We all share these feelings, and it’s 2018 – we have to be able to talk about them!”

Juliana Daugherty ‘s debut single ‘Player’ from her debut album Light. Trembles with a simmering disquiet, an affecting subtlety that straddles the empowering work of Sharon Van Etten or the introspection of early Laura Marling.  Light was captured in Virginia’s countryside by producer Colin Killalea who is known for his work with Albert Hammond Jr and Natalie Prass.

Daugherty explains that when she wrote ‘Player’ she, “was thinking about the experience of watching someone close to you disappear down a rabbit hole-falling deeper and deeper into some state of chaos that’s out of their control and yours. The song isn’t so much about a particular person as it is about the particular combination of feelings that I associate with this experience: the hurt of abandonment and the feeling of personal failure-failure to understand, failure to help-that contradicts that hurt, and compounds it.” (BC)

As predicted, Highasakite’s five has reduced to a core of two as the original and now reinstated duo of Ingrid Helene Håvik and Trond Bersu gears up with this single towards what they describe on Facebook as “the first of many new releases this year”, which presumably means their third international album as well.

With the departure of the other three members percussionist Bersu, a man who seems capable of replicating a small orchestra with his synth pads, has stepped into the role of producer here. Meanwhile, the main songwriter, Håvik, has concocted what seems quite close to the sound and atmosphere they fabricated on their first international album, Silent Treatment in 2014, complete with her propensity to “being” something else as she role-plays her songs about her “baby”. Here its “inoperable”, a “runaway child” who’s “out of order”. Previously she’s been “a hand grenade”, “a bomb” and “my own disease”.

Ingrid’s lyrics are consistently dark, even if she’s deliberately shied away on this song from the global angst of their last album ‘Camp Echo’ (referencing an internment facility at Guantanamo Bay). “I’ll commit murder to keep him warm” she insists. So it may surprise you to learn that the song was loosely inspired by the passing of Bersu’s grandmother.

Ingrid says she wanted to get back to the “purpose” she felt when writing the seminal ‘Lover, where do you live’ for ‘Silent Treatment’, a song that “burnt within me”. I believe she’s made a pretty good job of it and her voice is more striking than ever. Many of the legions of Highasakite fans in Norway and beyond were dismayed that the band seemed to be following an overtly pop-oriented path with their last single, the Stargate-produced ‘5 Million Miles’ and will be delighted that this arresting effort with its trademark big synth/percussive ending has taken them at least back in the direction of their roots. (DB)

Comfort – Pass me the Syrup

Blending ingredients of alternative rock, funk and pop, ‘Pass me the Syrup’ acts as a melting pot of the Brighton band’s musical influences. Being childhood friends, Brendan Lyle, Jake Brown and James Redfern strive to make music that holds familiarity yet feels distant to their listeners.

The single follows on from their early 2018 self-titled debut. Comfort demonstrate clear bonding and friendship from their music and ‘Pass Me the Syrup’ captures a natural vibe of musicianship and home-grown sounds.

Supporting their local scene by supporting bands and by then building a scene of their own in their southern city, the band has developed a distinct, eclectic sound and style. (DB)

East-London electro-pop duo Polychrome’s single ‘Don’t Be A Stranger’ off their upcoming debut album is a tribute to SURVIVE’s Stranger Things theme (the U.S. sci-fi horror web TV series), with vintage-sounding analogue synths accompanying Victoria Harrison’s ghostly vocals. The track leads the listener into a parallel sonic universe, with use of vocoder-drenched vocals and distorted synthesisers.

The band is an equal partnership of Harrison (Victoria and Jacob) and Oliver Price (indie electronica band The Bronze Medallists). Harrison feels that there is still a long way to go for women in the music industry; she wants to inspire more young women to get into production and engineering roles since these “are typically male-dominated.”

The idea for the track came after a binge-watching session of the Stranger Things on Netflix in between recording sessions, and it was made as an homage to the original.

The band is regarded as a blend of the ethereal sound of Cocteau Twins and electronic rapture of M83.

Much of the forthcoming Polychrome album was written in isolation at Grianian Eco Lodge in Scotland, close to Oliver’s hometown where the band was inspired by the landscape and isolation. (DB)

With the arrival, at last, of some decent weather comes a perfectly timed piece if sunny, summery indie pop courtesy of North Londoner – well, via Sweden, Estonia, India and Germany anyway – Gon von Zola. It’s perky and irrepressible, but there’s a hidden layer of darkness too if you scratch away at the surface, which is just how we like it. After achieving some success with his previous band The Budda Cakes, this is a fast and friendly introduction to his solo career, and might just be the first of this year’s summer anthems. (BW)