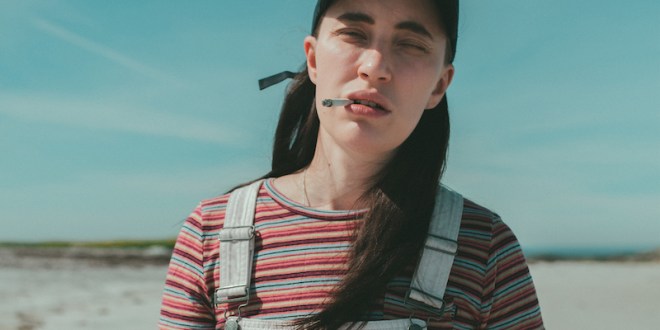 Highasakite have been busy, very busy, touring heavily around Norway, and recording an album and two EPs since the beginning of 2019, with ‘The Bare Romantic Part II’ following on only a few months after the first part, which, like this one, also comprised four songs.

Just why the Norwegians divided the output up like this isn’t clear. It’s a game of two halves, Ole.

What we do know is that Ingrid Helene Håvik has said “while the writing and recording of ‘Uranium Heart’ (the first first-length album since they became a duo again) were affected by external pressure and expectations, ‘The Bare Romantic’ came from our unwillingness to succumb to outside influence. I felt the need to rediscover the joy of making new music again. We created a more relaxing studio environment, a safe space in which we had complete creative freedom, played all the instruments ourselves, cuddled with my baby Bjørn and walked on the beach during breaks”.

The trouble is that she said pretty much the same thing – “I felt the need to rediscover the joy of making new music again” – about the writing and recording of songs on ‘Uranium Heart,’ which was done in a remote Swedish lakeside cabin if memory serves me correctly. It seems as if that process is taking longer than she expected.

And, to be honest, it shows. There is one cracking track here, ‘Under the Sun’, which was reviewed as a single for Nordic Music Scene, this month. It was written for a one-off live performance on Norwegian TV to raise money for the national Refugee Councíl and recorded by popular demand. It relates to the national reaction in Norway to Syrian refugees; positive and negative. It has been included in the end credits of Norwegian movie ‘Tunellen’, which had its debut at the Cannes Film Festival.

Towards the end the atmosphere builds quickly into a sudden explosion of instrumentation, all very tastefully done, before it plays out to melancholic piano and strings. And Ingrid’s vocals are so strong it’s as if she’s got a battery of supercharged mics in front of her. If they can carry it off onstage it should bring the house down.

I described it as, “Without doubt their best work since ‘Camp Echo’ (and closest to the style of the original band)”, and was more than happy to give it 9/10.

Unfortunately, the other tracks don’t quite reach that standard. Title track ‘The Bare Romantic‘ presents a simple synthesised tune and lyrics, albeit enlivened by Stian Westerhus’ guitar, one of those semi-military beats that Trond Bersu excels at and what sounds like a curtain being drawn back. Perhaps Guy Garvey is stood outside.

‘All for love’ lacks the melody and structure of previous album tracks, relies on what is becoming a regular feature – a sudden synth/drum explosion – resorts to a cacophony of instruments and a strange voice from Ingrid. Peculiar voices have worked well for her in the past, on ‘Iran’ (from the album ‘Silent Treatment’) for example but are not so effective here.

‘Never been less loved’ has a poppy feel to it, with attractive acoustic and electric guitar parts (Stian Westerhus again I assume) but no really strong hook to grab onto. It’s more of a Scandi-pop song than what you’d expect from Highasakite.

There’s nothing wrong with these songs, they’re perfectly listenable. Norwegians by the hundreds of thousands will buy the EP or stream it (they are still probably the biggest band in the country).

But the innovation that shone through on the first two albums is still missing. There is little to catch and hold the attention in the way ‘Since last Wednesday’ (‘Silent Treatment’) or ‘God don’t leave me’ (‘Camp Echo’) did. While I’d love to see them get back to those basics, perhaps I do them a disservice by clinging on to the sheer class of ‘Silent Treatment’ (you don’t often get albums hanging around in the charts for nearly two years, no matter what the country), and to only a slightly lesser degree, ‘Camp Echo’.

Those days may well have gone forever, superseded by this more intimate, lighter, poppier fare, representing what the essence of Highasakite has become. Perhaps baby Bjørn has something to do with it.

‘The Bare Romantic Part II’ is released on 7th February, via Propeller Recordings.

Highasakite will play an intimate show at The Garage in London on 16th April, 2020. A wider UK tour is anticipated for later in the year.