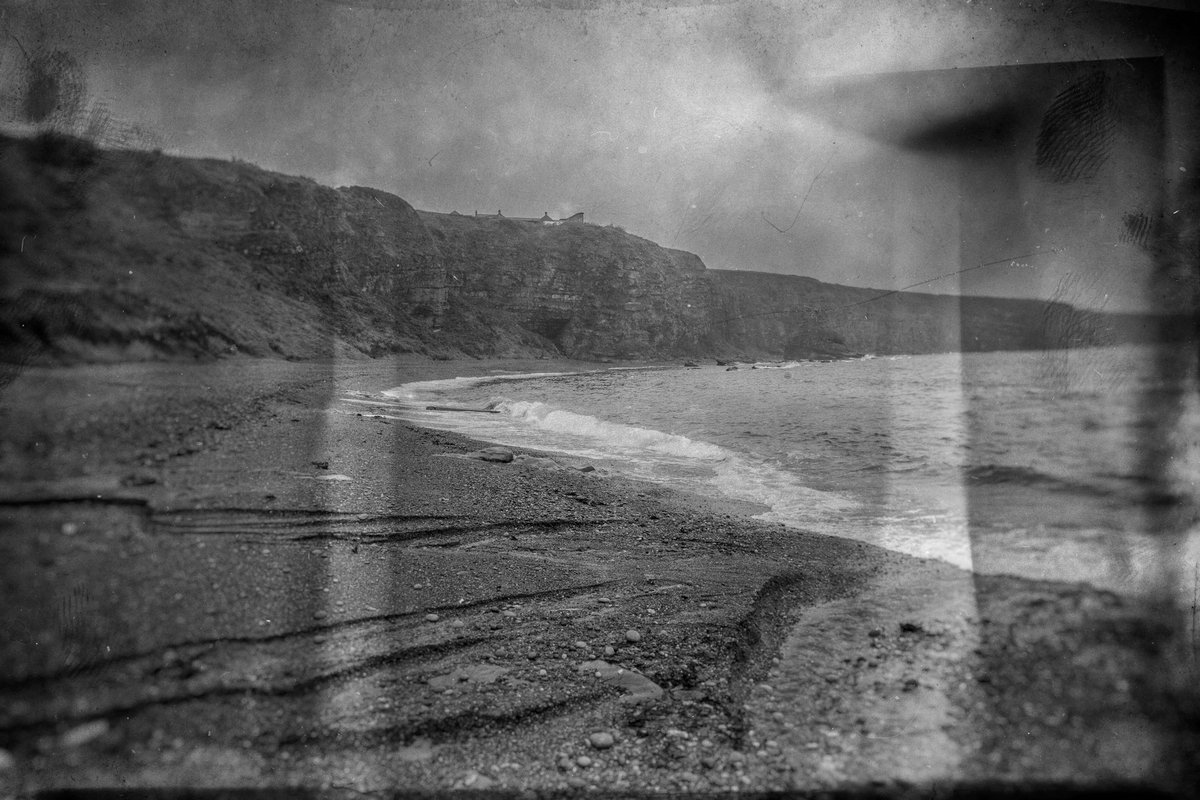 Tragical History Tour is the acoustic pseudonym of Dundee-based singer-songwriter Derrick Johnston, and founder of the record label Make That A Take Records, as well as fronting Scottish punk bands Uniforms and Joey Terrifying, all spanning a whopping 20 years.   So it’s hard to believe it took all of that time – not to mention several DIY releases and over 1000 shows in the UK, USA, and Europe – for this, his debut album.

And what a refreshing album it is.  Harsh, brittle, and beautiful all at once, mashing together an obvious punk-influenced sound with the comparatively slightly softer tones and shades of folk music, it makes for an interesting listen. And the best thing is that it invites you to dance and sway along from the outset with the opening track ‘Fight For Light’ and its intriguing dirge-like melodies.

Turning almost 180 degrees with ‘Come On Home, Hero’ – with both the one-note introduction and the sudden jerk into a frenetic blast – all in less than a minute.  And the middle-eight is fascinating!  ‘Old Words’ turns the album on its heels once again and this time things head in a slower, easy pace and yet is still loaded with passion, drive, and emotion.  ‘Three Two’ jauntily skips along, taking another different route, complete with a very short spoken-word insert, like catching just one side of a conversation.

Aphorisms is a lot of different things all at once, and it’s hardly surprising considering it covers everything from death, love, loss, redemption, gratitude, transcendence, regeneration and transformation – which is exhausting enough just thinking about it.  Halfway through comes the prettiest introduction so far in ‘What Would Vinnie Mac Do?’ and it only lasts for five seconds.  These short blink-and-you-might-miss-them details are part of what makes Aphorisms such a beguiling album, and each listen shows off another part of itself, even for the briefest of moments.

On the flip side of the prettiest introduction comes ‘It’s Cool, I’ve Got This’ with the most unsettling introduction, and so far, the longest intro sitting at 18 seconds.  These things may not seem like big things, but actually, they could be.  It says, perhaps, that Tragical History Tour takes their craft seriously.  Not one piece that makes up a track on this album is accidental.  Everything has a place and it has that place deliberately.

All of the tracks tell the album’s stories in very different ways, each taking a step and a leap in opposite directions while still somehow being connected intrinsically to one another, all pointing definitively to Johnston being one Hell of a songwriting powerhouse singlehandedly.  Maybe it took 20 years to get here, but sometimes the best things, the things we come to appreciate, take a while, and that just makes them all the more vital.

Aphorisms is available to buy now.