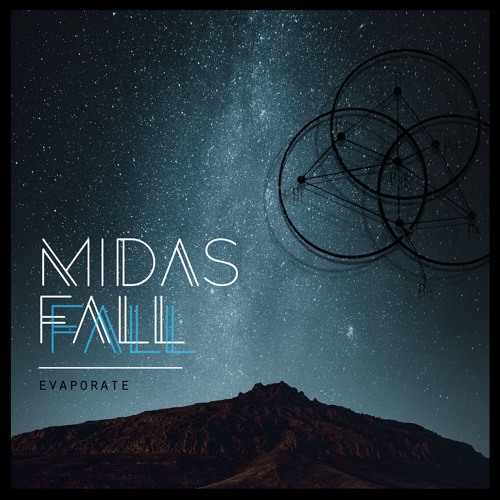 I really couldn’t hack this new Midas Fall album, Evaporate. It mostly did my head in, truth be told.

I mean, I’m in my thirties in 2018, obviously occasionally it’s necessary for me to hear music which makes me want to end my life as much as the next person, but this was a bit much even for me. It’s a terrible downer. Picture this: you’re in the club, it’s 9:45am, everyone’s dancing, no shirts on, fucked out their minds, telling off the sky with their index fingers, you and 35 of your closest mates are having the time of your life: “it’s a movie”, mate 24 says. All of a sudden ‘Bruise Pusher‘ by Midas Fall comes on. Oh no……..

More anonymous, dry and less welcoming than the warmer 2015’s The Menagerie Inside, nor does it scale the musical and emotional highs of obvious or perceived influences like Mogwai, Patrick Wolf or Kveikur-era Sigur Rós

An album which sustains itself through upping the melodrama and windowless gloom, drowning the guitars in favour of under mostly forgettable piano lines and generally billowing out the overwrought darkness and airlessness associated with the worst kinds of heavy music.

The squelches and barren, glittering soundscape of the title track brought to mind Nine Inch Nails‘s most public facing moments, a slow, measured build of a song which gives way to a pretty clean piano outro. The lyrics and melodic structure of the song ‘Soveraine‘ was enjoyable, having more of a form and a more understated – yet more satisfying – cathartic build and release than some of the other songs on the album. Similarly, the song ‘Glue‘ is a pretty emotionally thrilling one, which explodes into a blast of dark fuzz.

However, too much of this gives off some bummed-out, mystical bullshit vibes and it’s way too crunchy, dark and the riffs too repetitive to be enjoyable.

If I was in the World’s End pub in Camden, London watching 50 bands for a fiver on Saturday afternoon I would expect the sort of vibes coming from this Midas Fall record.

If I went blindfolded into a shop, heard this album playing and had to guess what type of shop it was, I would guess, correctly, one of those new age-y shops selling dream catchers, incense and books about talking to your actual angels. I don’t think this was the intention, but the overall effect of Evaporate is stifling and one of moroseness. A Scottish Evanescence on quaaludes if you will.

Evaporate is out now on Monotreme Records.