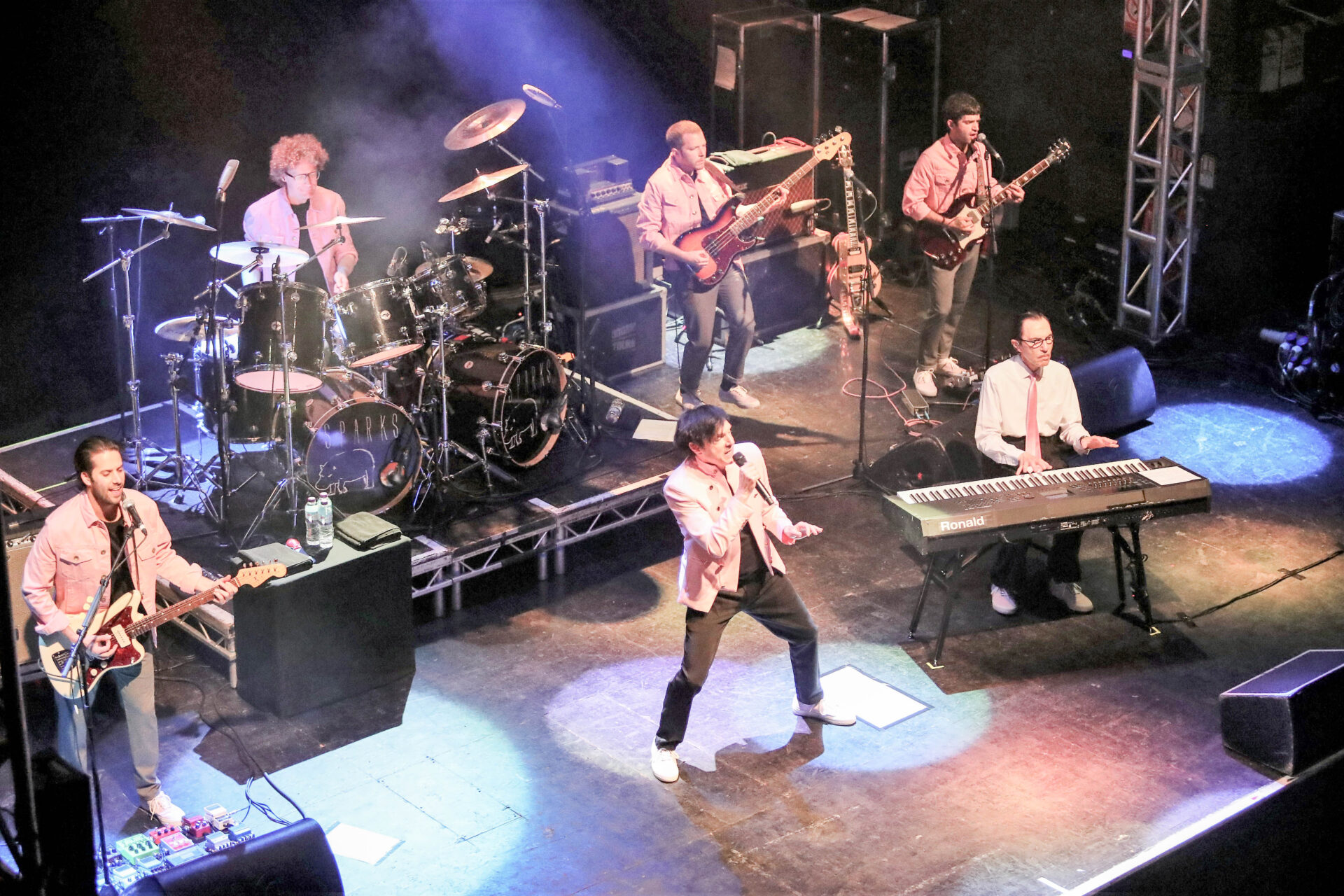 Sparks were last here in the city of Leeds in 1974, a quite staggering 44 years ago. It was the year in which the duo of Ron and Russell Mael – two brothers from Los Angeles, California – had their major breakthrough with Sparks’ third studio album, Kimono My House. The record spawned ‘This Town Ain’t Big Enough for Both of Us’, an impressive slice of art-pop which was at fierce odds with much of the glitter and glam rock prevalent in the world of popular music at that time. It shot right up to number 2 in the UK singles chart and this success saw the band perform on Top of the Pops, an appearance that was just as memorable for the sheer brilliance of the song as it was for the disconcerting sight of Ron Mael.

Sat impassively behind his piano, staring resolutely into the camera and in what was marked contrast to the sartorial flamboyance of that particular musical era, the older, bespectacled Mael brother was decked out in a collar and tie whilst sporting neat slicked back hair and a Charlie Chaplin moustache. It was as frightening a vision as it was compelling. Watching the TV programme that Thursday night back in 1974, a clearly spooked John Lennon was heard to say that he had just seen Adolf Hitler on TOTP though it should also be noted that the former Beatle was then in the midst of what was his infamous ‘lost weekend’.

Fast forward to the present day and you can zoom right past a grand total of 23 studio albums (and that’s without even taking account of the 2015 collaboration with Scots’ indie-rockers Franz Ferdinand), a series of splendid recordings that has embraced such diverse musical fashions as synth-pop, electronic disco, classical, baroque, operatics and even vaudeville. Sparks’ ability to continually develop their sound whilst still retaining a sharp ironic wit and fundamental melodic grasp of what it means to produce high-calibre off-kilter pop says just as much about the siblings’ stamina as it does their consistent creativity. 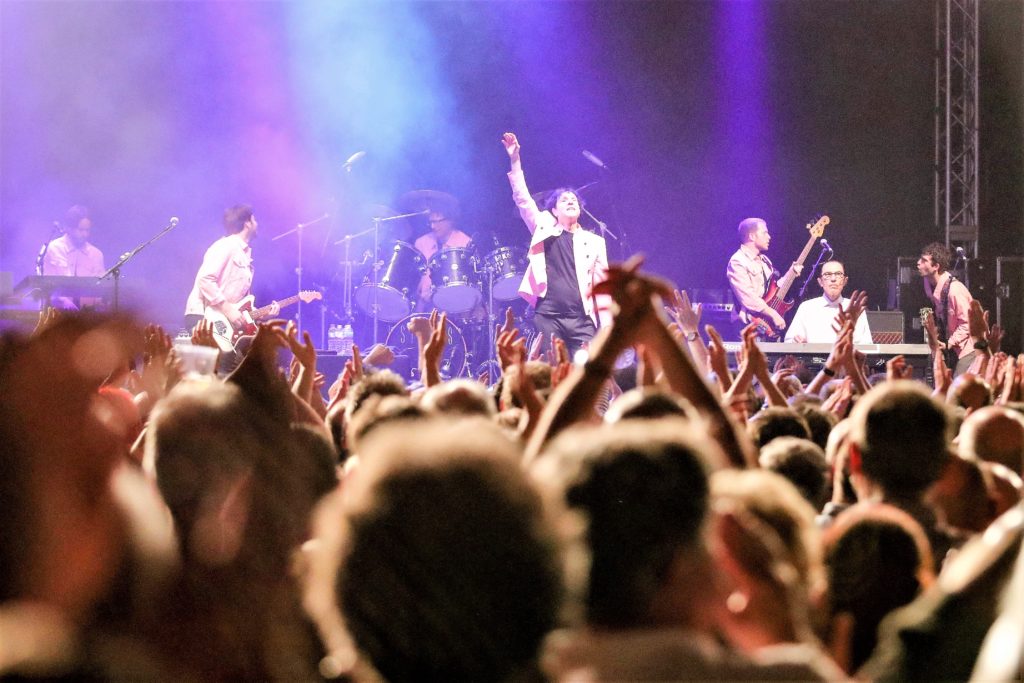 With a back catalogue so extensive and so impressive Sparks are absolutely spoilt for choice when it comes to picking their set list, but they do somehow manage to whittle it down to 21 songs for this the middle leg of their current three-date, whistle-stop tour of the UK. And what 21 crackers they are too, as the Maels have carefully handpicked various top tunes from each of the five decades of their creative lifetime. We get a more than generous handful from their principal album offerings of the 70s – the aforementioned Kimono My House, Propaganda and No. 1 in Heaven – the 80s, 90s and 00s are represented respectively by Music That You Can Dance To, the exquisitely entitled Gratuitous Sax & Senseless Violins and Hello Young Lovers, whilst the current decade features six of the best from their most recent long player, last year’s Hippopotamus. Hell, just for good measure and as a prelude to ‘When Do I Get To Sing ’My Way’’, they even toss in a few verses of the old Frank Sinatra standard ‘My Way’.

Yet for all of the brothers’ artistic evolution, much remains the same. Russell may well have relinquished those long striking curls of yore but he still looks improbably young for a man who is now in his late 60s. He is spry, has energy to burn and even though he can’t quite scale those dizzying falsetto heights of old, his voice is still a pretty monumental instrument. And as for Ron, well he may be three years his brother’s senior but to all intents and purposes he looks exactly the same as he did in that BBC studio nearly half a century ago. You kind of suspect that his parents had probably wanted an old man for a child.

Named after Ronald Coleman, and just like that old Hollywood actor, Ron Mael is a man who favours a moustache. He has, though, ditched the erstwhile toothbrush ‘tache and replaced it with a more recent pencil version. It is his only apparent nod to modernity. But then during ‘The Number One Song In Heaven’ and having sat virtually motionless behind his piano all night just stabbing out those exquisite relentless rhythms, he surprises us all. He jumps up, takes off his tie, tosses it into the crowd and proceeds to dance like some heavily inebriated elderly uncle at a family wedding reception. In those 20 rather astonishing seconds Ron Mael seems to be saying, things aren’t always quite what they seem. A bit like Sparks, in fact. They are not some hackneyed end-of-the-pier act from some long forgotten time gone by. And to try and dismiss them as such, you will be doing so at your peril.