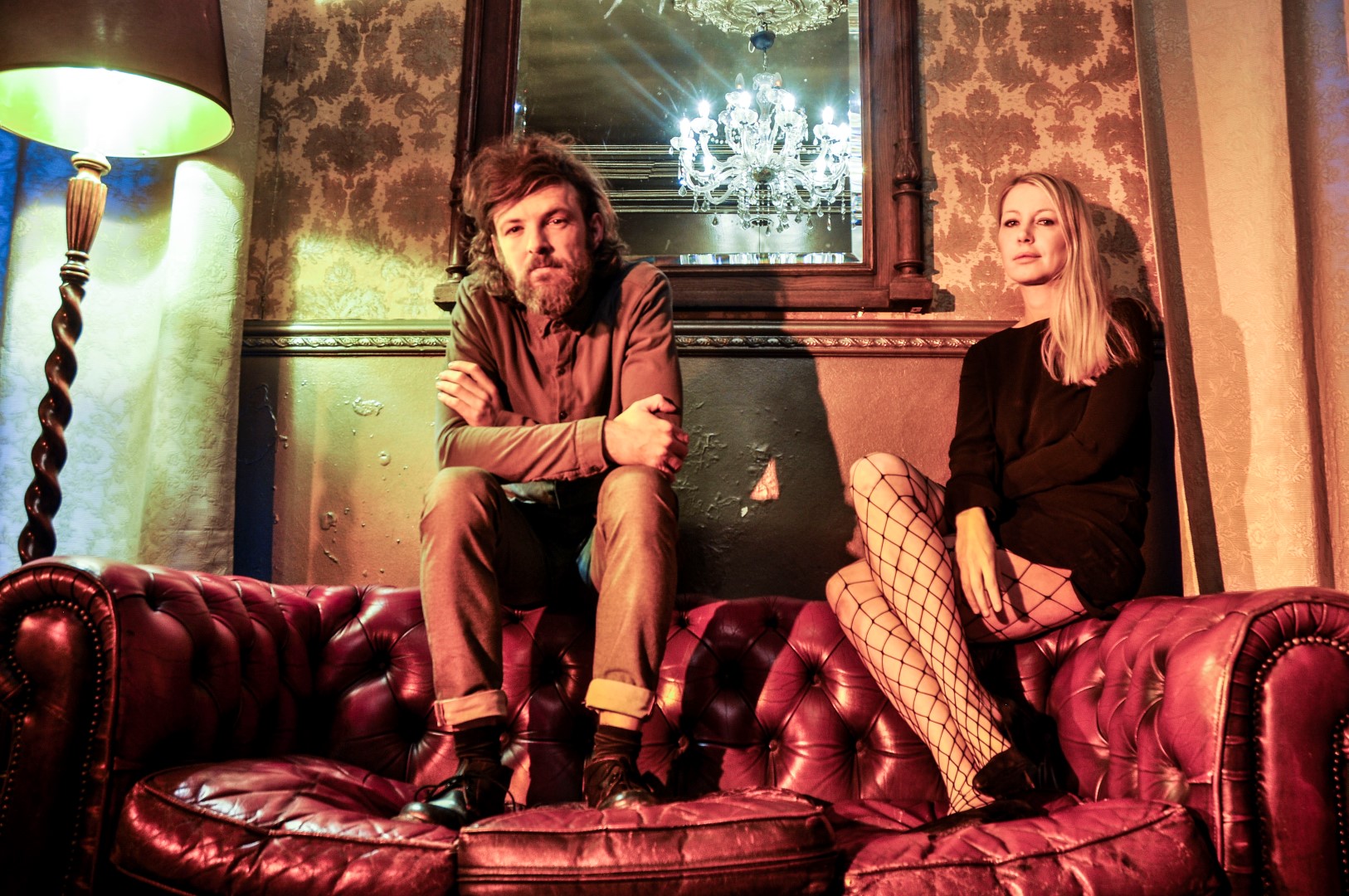 When ‘Airy met Fairy are Mike Koster (Luxembourg) and Thorunn Egilsdottir (Iceland), who is the main songwriter. They formed in 2015, and release their debut album ‘Glow’ this month.

Lead vocalist Thorunn has said that she finds the music business to be “lavish and over-produced.” Accordingly, she tries to “take a step back and reduce it to nothing” – thus their sound is minimalist and subtle, with instrumental layers infused with tender vocals. Thorunn has fielded our twenty questions below.

Very fine thank you how are you?

The weather is lovely . Cotton like clouds flying over our heads. Soft wind tickling our cheeks and toes. I’m  sitting in a park,reading. Well at least until I received your questions by email.

On a day like today, when doing something completely different. Music comes to me in unexpected ways.

Yes many times and that’s actually what makes me want to listen to music. It intensifies my emotions. Last time I was starstruck was when my seven year old daughter told me that she’d rather be in prison with me then living outside in the free world without me 🙂

As a child I was mesmerized by the idea that someone could be born a princess. Today  blue blood leaves me cold. But I do understand the power of representative functions in a society and I think the UK has a new generation of royals that can have a positive impact on young minds. Especially these days when populism is rising.

A Zillionaire ! I would build schools all around the world and make sure unprivileged kids get medication , adequate education and enough food in their bellies.

All my old favorite books are actually starting to fade away and lose their power. I just finished UTOPIA FOR REALISM, i really like the positive mindset. I desperately needed a refreshing idea so I could see a bright future again.

Very shy and afraid to fail. I was afraid of the teachers. Today I ‘d just say ‘boo’!

Well I’m constantly moving in between Iceland and Luxembourg – two entirely different cosmos. The Luxembourg music scene is overly focused on either jazz, classic music and – strangely enough – heavy metal;although there is a lot of new rbnb acts arising. Iceland has a more homogene music scene. They tend to create more dreamy music with emotional vocals. I guess that’s because the winters are so long. Björk and Sigur Ros changed the game many years ago.

Without doubt at the haunted during the great escape festival . The crowd was amazing! I felt love that night.

Wow there are so many. If you d ask me to play a song now I’d say ‘play something by Alt J…

Vinyl ! I hate myself when I m forced to stream- although my boom box has helped with the bass sound.

Halo by Hjaltalin and book of love by Peter Gabriel .

We’ve read lovely reviews about our album which has made us very happy. We’re hoping to be able to grow our fan base in the uk as we feel connected with the English audience- our lyrics are written in English . Our album Glow is a piece of art that reaches its full capacity when you listen to all the songs. I don’t mind you streaming it on Spotify.

What can people expect from a When ‘Airy Met Fairy show?

All heart, no ego! We’re just there to pour everything out for you. I’m shy but Mike loves performing. He is 100% rocknroll!I sometimes watch him as I’m singing. I’ve seen him many times and still not tired of it.

We hope many people will discover our album and enjoy it .

Radiohead ! I think my heart would skip a beat if my voice were intertwined with Thom York’s in a song. That would be total bliss for me.