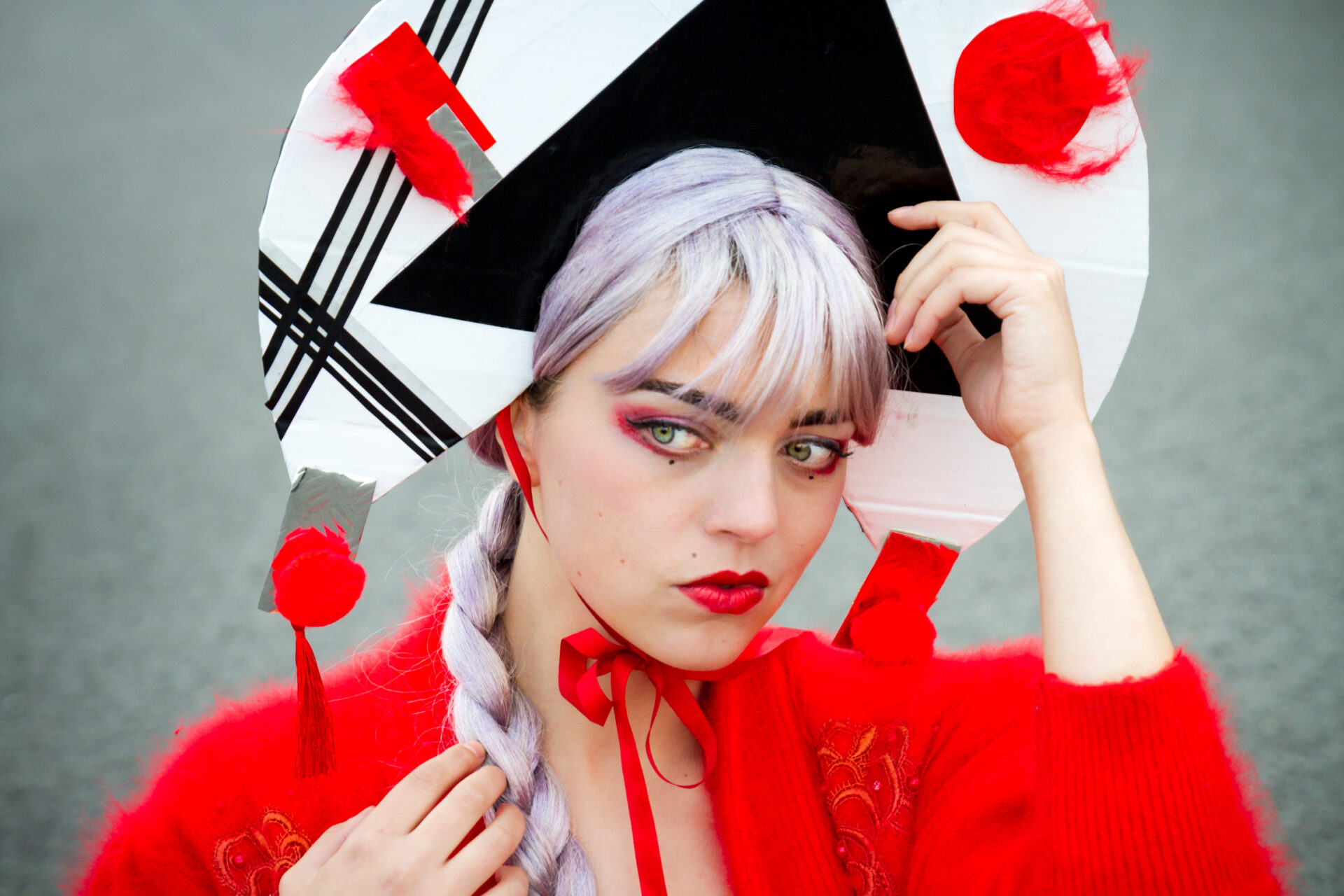 Elizabete Balcus has been venturing across Europe this summer from her base in Latvia, charming all and sundry with a live show that includes a leotard-clad Balcus blending performance art and experimental music with the aid of a flute, heaps of gadgetry and – we kid you not – an array of vegetables linked up to her MIDI set up.

That’s what has gained her the attention of reviewers, but even without the headline-grabbing eccentricity of her gigging arrangements, she proves more than capable of holding her own in sonic terms alone with ‘IKA’, the first single from her forthcoming second album.

‘IKA’ is based on the ancient myth of Icarus, who flew too near to the sun, saw his wings melt and fell to a nasty demise in the sea. So, to accompany the Kate Bush-meets-LFO style of the music, director Zane Melmeme has created a promo that has its head up in the clouds too.  Rich in psychedelic textures, it mixes the organic with grippy computer generations with visual echoes of Future Sound of London’s most adventurous films, with Elizabete Balcus herself making a cameo appearance in typically outlandish fashion close to the end.

Keep an eye out for Balcus and her live show, as innovative as it is nutty, as she returns to the UK in the Autumn.  But in the meantime, lose yourself thoroughly in this genuinely transporting, dreamlike video.