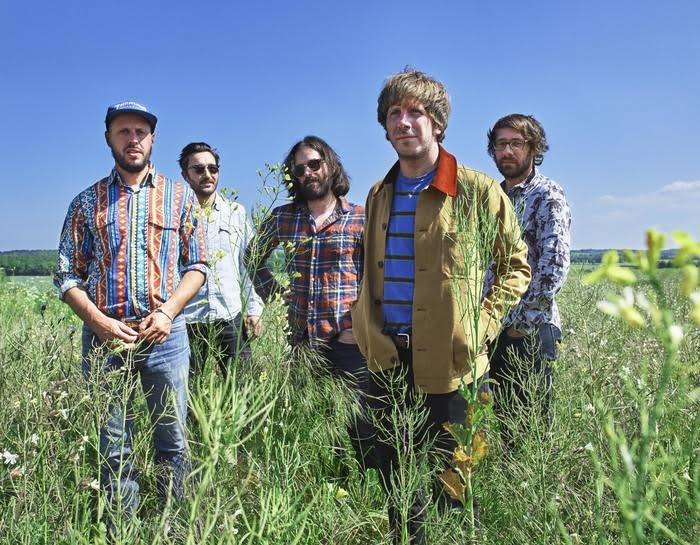 Sandwiched between the two pretty instrumentals which bookend Treetop Flyers‘ (for some reason eponymously titled) third album, there sits a veritable picnic hamper of blue-eyed soul, so buoyant that they make even Ealing’s Magic Numbers sound like miserablist apologists. Many of the compositions contained within have a similarly sunny disposition to the aforementioned sibling band, but don’t be fooled into thinking that the lyrics are all about falling in love and romantic evening strolls along the promenade under the brilliant moonlight. There is a tiny bit of that, granted, as witnessed on the irresistibly sincere grooves of ‘Sweet Greens & Blues‘ and ‘It’s Hard To Understand‘, both of which have that classic R&B feel to them. In fact, the band have captured the essence so well that it’s not too much of a stretch to imagine Otis Redding singing them, had he not been so cruelly taken from us all those years ago. But the overriding message I’m getting from Treetop Flyers is “stay positive” and “if something or someone is bringing you down, sack them off and never go back to them”, hence choice words like “leave me alone, you don’t know me anymore‘ from the bluesy ‘Kooky Clothes‘ or the breezy ‘Warning Bell‘, which, like several tracks here, seems to focus on the premise of getting out of this place and making a fresh start elsewhere.

In a recent conversation I had with Cosmic Rough Riders mainman Daniel Wylie, he told me that the idea behind his own best-known work, Enjoy The Melodic Sunshine, was to make a record that would sound as great in the winter as it does in the summer. I feel like that’s what Treetop Flyers have done here, with snowy Fleet Foxes-style flourishes here, and Jefferson Airplane style epics there (I offer up the exhilarating ‘Art Of Deception‘ as Exhibit A).

As good as their last two releases have been (and they were, so check them out if you haven’t already), they’ve taken it to another level for this one, adding such an emotional depth to affairs that the whole thing is really quite breathtaking. Add to that the lovely arpeggios and harmonies of the beautifully stripped down acoustic number ‘I Knew I’d Find You‘, which opines “I’ve hooked down the shutters, and turned the TV off as it flickers and stutters with newsmen and horrors / and I’ve been walking the black dog, for he’s a needy one, and he’s wasting my time,” before calmly steering our thoughts back to future optimism with the line “I knew I’d find you, it was a matter of time. A matter of time. I knew I’d find you before too long.”

At this rate, Treetop Flyers ought to be household names by the end of the year. The general public has a lot of catching up to do. I kind of envy them for that.

Treetop Flyers is released on 24th August through Loose.