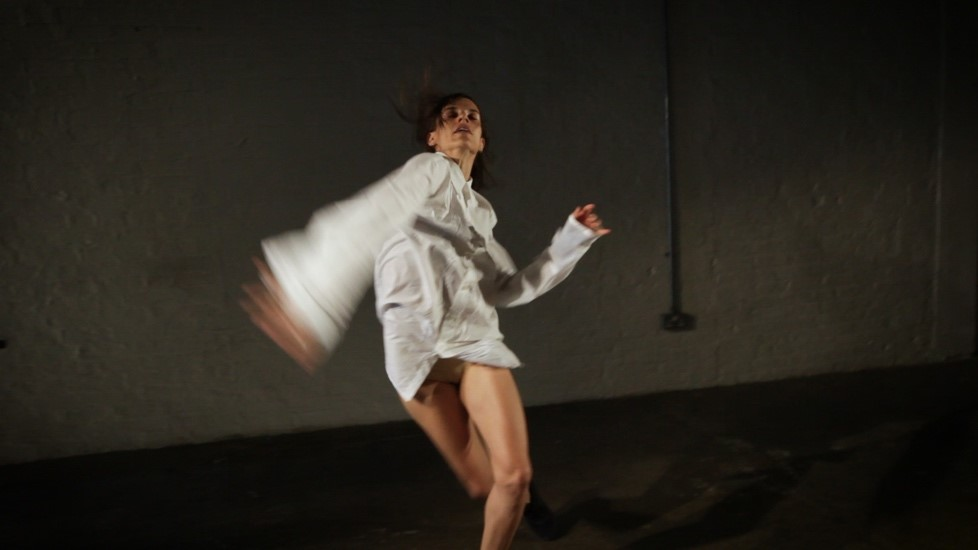 audiobooks – Dance Your Life Away

I am not sure if its some kind of record but a hat-trick of appearances on GIITTV’s tracks of the week is an impressive record. audiobooks new single ‘Dance Your Life Away’ comes with a super video. Speaking about it audiobooks say; “We directed a video with the incredible Dancer and Choreographer Catarina Carvalho (formerly of Studio Wayne McGregor). We lit, filmed, and directed it ourselves. Catarina made a piece that really captures the energy and spirit of the track and we used one complete unedited take.”

‘Dance Your Life Away’ is a surreal tale succinctly explained by the pair thus; “It’s the soundtrack to a party on the verge of chaos in a hip LA hotel. A party you wish you were invited to, but you go anyway, disguised as a cleaner. You leave minus all your body hair.” Capturing the contents of a shaken cocktail glass, this frenzied melange of percussion sewn with dancing synths, welds the post-funk playfulness of Talking Heads with breathless vocal explosions redolent of Bjork‘s most frenetic moments. Audiobooks have done it again, it’s another constantly shapeshifting, refreshing pop cracker.

The band will showcase tracks off forthcoming debut album Now! (in a minute) during their headline performance at Paper Dress Vintage in London on 27th September. (BC)

Cpt. Smith might sound like the name of a ska band but this promising West Wales outfit produces an avalanche of jagged riffs and a vital urgency that pulls on the tradition of Welsh language punk and puts it into fifth gear. They release their new EP Get a Car today and the lead track is absolutely storming!

Get A Car will be Cpt. Smith’s second EP since releasing Propeller on IKACHING Records in 2016.  After Propeller, the band released the singles I Hate Nights Out and Smaller Pieces in 2017. (BC)

The electronic producer has also just announced a string of UK tour dates this November. Playing music from his upcoming album Cohesion (out 26th Oct), inspired by traditional Indian percussion and Bollywood film soundtracks for the first time live. With Bollywood flecked percussion and impish keyboards, ‘Testimony’ is a riot if colour and expression it reminds me of elements of the work of Basement Jaxx via the cut and paste of Avalanches. A glorious collage of world pop. (BC)

Novo Amor (Ali Lacey) has unveiled the official video for his new single ‘Utican’. The track is the latest to be taken from his forthcoming debut album ‘Birthplace’, to be released on October 19th via AllPoints.  Lacey’s music is inherently cinematic in nature and the video for the album’s title track, which was featured in TOTW #31, has just been awarded ‘Independent Video of the Year’ at the AIM Awards.

The storyline for the ‘Utican’ video also centres on a topical and emotional issue, a young lad’s attempt to retain memories of his deceased mother by wearing her dresses and applying her make-up the way she used to when he was a little boy.

Lacey says,” ‘Utican’ refers to the idea of becoming a resident of Utica, a place in which I’ve spent a fair bit of time and started to feel at home. Utica is more of a metaphor for that time of my life, rather than the actual place.”

There’s something melancholic but uplifting and thought-provoking about everything this guy does. (DB).

Marking the release of his debut album, Novo Amor will embark on a full band tour of the UK, mainland Europe, and North America throughout October and November. UK dates are:

FRIGGA is the British-Norwegian artist formerly and properly known as Sasha Siem. ‘Flower Flower’ was conceived in her home studio in Brooklyn, New York.

‘Flower Flower’ is “a bold celebration of desire, the human body and the pure pleasure of being alive.”

It’s more than a little psychedelic and seems lighter in tone than previous work. She used sacred objects here such as crystals, runes, and tuning forks to create unique percussive sounds and beats, and the album also marks FRIGGA’s return to her first instrument – the cello. Recorded at 432 hertz – otherwise known as ‘the Love Frequency’ and claimed to be ‘the natural frequency of the universe’ – the vibrations and sounds of the record are intended to “awaken, restore, uplift”. You can’t get much more hippy than that.

I’ve seen her compared to Björk, Joanna Newsome and Fiona Apple but I’d liken her more to Julia Holter. (DB).

Swedish alt-pop powerhouse NONONO released their new single ‘Dancing (Mumbai Wedding)’ on August 31st through Warner Music Sweden. Its message is that wonderful experiences can come in the darkest of times.

Stina Wäpplin said, “I wrote the song under a wedding in Mumbai India, during the celebration of my friend’s love. Eight years earlier I had been in the same city but was then horrified and stuck in the middle of a terrorist attack. Life feels more fragile now and very unpredictable. I wanted to capture that feeling in a jar, save it and keep it as a reminder – that’s how ‘Dancing (Mumbai Wedding)’ came about.”

NONONO are taking a similar direction to, and making a similar sound to Norwegian counterparts Highasakite. They are big sellers in Sweden and you can understand why when you listen to the track, which is unrelentingly life-affirming. It’s got ‘Radio 2 Track of the Week’ stamped right through it. (DB).

London producers Moscow Youth Cult release their second album, Brutalist, through Hello Thor Records and I OWN YOU Records on Friday 28 September 2018.

Moscow Youth Cult piece together a spiralling tapestry of electronica juxtaposing woozy, lush, shimmering sonics, with stark and austere motorik beats and threads it with unexpected samples. Like the architectural style with which the album shares its name, Brutalist is bold, expressionist, textural.

Moscow Youth Cult is Jon Dix and Dan O’Donnell-Smith, who formed the band when they collaborated on an electronic sound installation for GameCity. Today we premiere the new video for ‘Hospice’, shuddering beats give way to a lush pulsing evocation of their lyrical explorations of themes like profound unease, of change and of loss. (BC)

Dolores Haze first fired shots at the overly male-dominated music industry with their recent single ‘Banana’ based around the recent #MeToo movement.

The Swedish band return with ‘Play Hard F**k Hard Love Hard’ an anthem for the fruitless one night stands and the nihilism of nightlife culture. They say “This song is for all destructive party people,  looking for love in the wrong places, loving the wrong people too hard.  Giving so much but never seem to feel content. Going around in the same circles. End up feeling nothing but emptiness.”

A sinister pop cut riven with a snaking baseline and three-pronged vocals. It sways and swags, like All Saints in a seedy part of town or Lana Del Rey sketching out her darkest tales of destructive glamour, its an earworm that goes for the underbelly. New album coming soon this autumn.