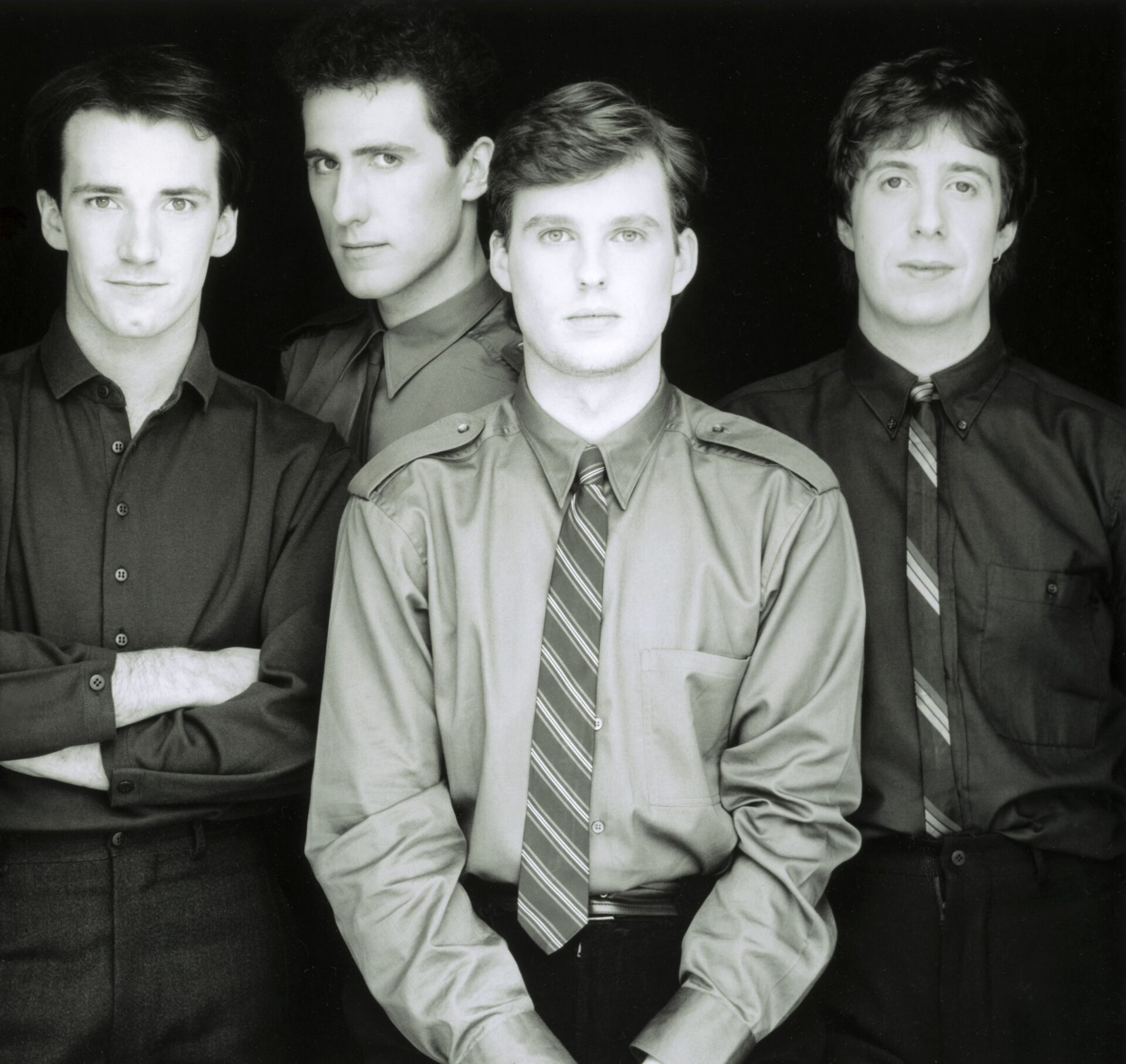 OMD will re-release their first four albums on vinyl November 2nd, and will also play two hometown shows in Liverpool with the Royal Liverpool Philharmonic Orchestra on October 6th and 7th, as part of the band’s 40th anniversary celebrations.

The 4 albums will be released on 180g vinyl, mastered at half speed by Miles Showell at Abbey Road and housed in their original die-cut sleeves designed by the legendary Peter Saville.

‘Orchestral Manoeuvres In The Dark, best known and loved as OMD, were formed in 1978 by teenage friends Andy McCluskey and Paul Humphreys. They quickly became electro-pioneers with a string of hit albums released throughout the 1980’s including the four to be re-issued on Universal Records November 2nd.

Their 1980 self-titled debut album, ‘Orchestral Manoeuvres in The Dark’, featured hit singles ‘Electricity’ and ‘Messages’. ‘Organisation’ followed later that year and reached #6 in the UK chart, showcasing undoubtedly one of the greatest synth-pop songs of all time ‘Enola Gay’.

Maintaining a prolific work rate the band released their third studio album in 1981, ‘Architecture & Morality’, which reached #3 in the UK chart, featured the top 5 singles: ‘Souvenir’, ‘Joan of Arc’ and ‘Maid of Orleans’ and sold over a million copies in the UK alone.

These shows will feature orchestral arrangements of many of OMD’s biggest hits, also fan favourite ambient tone poem pieces like ‘Stanlow’, ‘Sealand’ and ‘Ghost Star’ written especially for these concerts by Ian Stephens and Gary Carpenter, in addition to songs which have never been performed live before including rare B-sides.

Alongside the classic vinyl re-releases, the autumn shows with the Liverpool Royal Philharmonic Orchestra will be recorded as a live album, and a very special 40th anniversary book will tell the story of OMD from the garage beginnings right through to the latest tours. Having released three albums since they reformed 12 years ago, OMD continue to make music for the future.’

A 40th birthday world tour starting in late 2019 will be announced very soon.

Side B
1 Dazzle Ships (Parts II, III And VII)
2 The Romance Of The Telescope
3 Silent Running
4 Radio Waves
5 Time Zones
6 Of All The Things We’ve Made