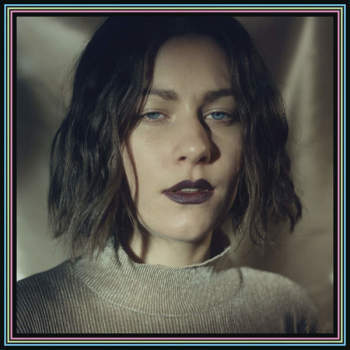 As jumbled as it sounds, it all works gorgeously. It’s best described as prog-pop record because there are moments of unrushed and absorbing instrumentation to submerge into (hear the incredible ending to the aptly named ‘Cluster of Delights’), yet the songs have a pop edge that will make them stay in your cognitive music playlist for days on end.

Farao’s album is about obsession and is otherworldly. Farao doesn’t write about herself and prefers to write from different perspectives. Pure O itself is a term that describes a form of OCD of uncontrollable thoughts and obsessions and Kari Jahnsen writes about the different obsessions of different characters either filmic or self-created.

In its self-created side, there’s ‘Marry Me’, which is comparable to Charlotte Gainsbourg’s’ ‘Deadly Valentine’ in its slightly unflattering study of marriage and focuses on the possessiveness side of it: “The heart is the organ of desire. Forget my mind, my talents and my mighty pride. You’ll find me where I do not exist.”

While on the film side, there’s ‘Triumph Over Me’ from the point of view of the main protagonist Brandon Sullivan of the Steve McQueen film Shame. He’s a sex-addict and Farao’s lyrics, “If it looks good, I want to taste it. If it feels good, I don’t want to waste it.” get into the Michael Fassbender-performed role’s mindset.

Two of the songs have inspirations from David Lynch films. ‘Lula Loves You’ is inspired by Lynch’s crime film Wild At Heart and is from the eyes of Laura Dern’s Lula Pace Fortune, as she’s determined to stay together with her lover, despite all the obstacles in their path: “There will be days when he never comes home. And there will be a point where you’ll want to leave him. But my darling please don’t turn away from love”.

While ‘Truthsayer’ appears to be influenced slightly by the Science fiction epic Dune, as it’s a term for a hyper-observant person who is able to determine if someone is lying by analysing their speech and body language. It’s one of many examples on the album where the track starts off sounding relatively grounded but as time goes on gets more exhilarating and gravitates towards a limitless space-age atmospheric and robotically manipulated vocals.

Farao’s album encourages open-mindedness and shows great effort in its creation. It shows an artist that is incredibly erudite and spent a lot of time researching into her new-found obsession for Soviet disco and attempting to copy its magic. This is demonstrated especially by her eagerness to collect several analogue synthesizers including the classic 1982-launched Polivoks, which is seen playing in the music video to ‘Lula Loves You’ and has been used by Goldfrapp and Franz Ferdinand in the past.

There’s also the Soviet Union parody aerobatics on the video to ‘Marry Me’ to further add to the record’s character. By showcasing and promoting the genre’s credentials on this album she encourages others to also undertake this new music discovery. Furthermore, the title of the interlude track ‘Melodiya’ is a reference to a state-owned Russian record label.

With all that in mind, it’s safe to say that Farao’s new record is definitely Pure-O: original, open-minded, otherworldly and outstanding.

Pure-O is out now on Western Vinyl.