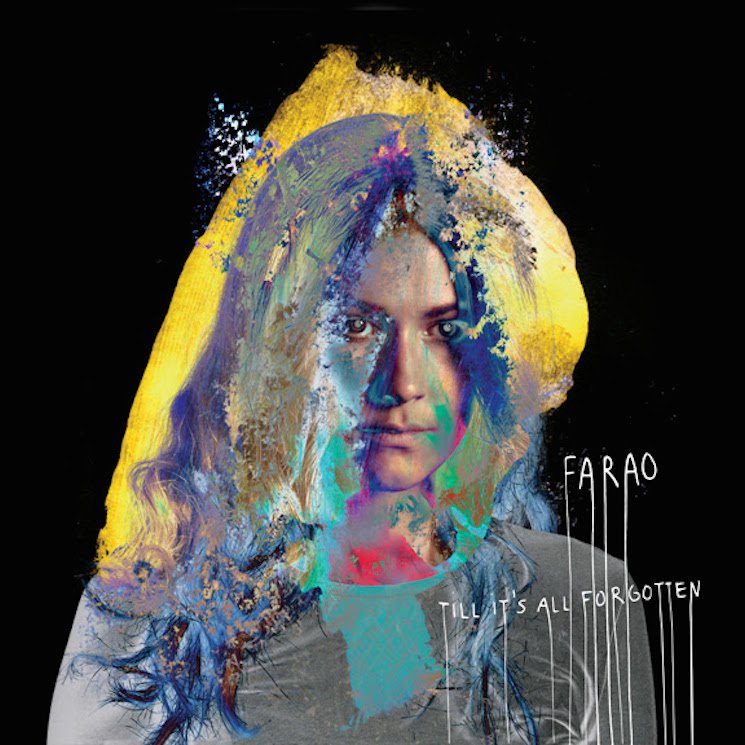 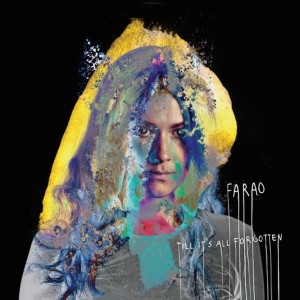 One of Kari Jahnsen’s musical dreams is to write a song like ‘Paranoid Android’ – the Radiohead classic – because the Norwegian admires the song’s superiority and unforgettably diverse production. Although, Jahnsen’s vocals under the pseudonym Farao aren’t quite as unique as Thom Yorke’s, the mulit-instrumentalist’s ability to mastermind unpredictable and surprising pathways – full of twists and turns – on her enthusiastic debut album Till All Is Forgotten which radiates with characteristics of OK Computer.

Produced by Richard Formby (Ghostpoet, Wild Beasts), its an evolution from Jahnsen’s inventive electronic folk EP, which paired a vintage synthesizer and Casiotone keyboard with a central acoustic guitar and serene vocals, whilst attempting to reflect the frozen Icelandic landscape it was produced in and the style of Icelandic native Ásgeir.

The mahogany is now gone but her attention to the drumming and bass has intensified – unsurprisingly when you consider that she performed drums in Hella Better Dancer and bass for Anna & The Orchids – and this decision creates an appetizing, bloated and fully rounded album that on many occasions sounds like its been recorded by an all-female hipster indie band such as Warpaint (‘Hunter’) and Stealing Sheep (‘TIAF’) as opposed to one talented solo act. Significantly, its the cloned over-layering of her harmonies that mostly gives this expansive effect and like other techniques such as the malfunctioning wipe on ‘Anchor’ and the angelic echoes on ‘Maze’ it pushes her further away from the tiring Scandinavian stereotypical voice that Jahnsen hovers dangerously into – in her case between Suzanne Sundfor, Taxi Taxi! and Anna Ternheim.

Drums and percussion are the underlying force behind an exhaustingly pace-filled album that swings between her heroes Radiohead’s ‘15-Step’ (‘TIAF’) and Woodkid’s military thrust, when accompanied by marching drums and proud brass (‘Are You Real’). Yet Jahnsen’s use of sparkling glockenspiel and the way she appears to give instruments personality – hear the elephant tuba on ‘Silence’ for an example – along with the middle-eastern loop on the same track, are enough highlights to dismiss any accusations of a lack of originality.

Much like the contrasting nature amid her three homes: the slimly populated Valdres, Iceland and London (where she currently resides), Farao’s lyrics take on different perspectives, speaking on behalf of herself and the receiver of her actions. A different kind of self-reflection on regrets, relationships of any kind and the sense of belonging is the Norwegian’s aim. Whatever the angle, there’s no denying the powerful message illuminating on songs such as ‘Anchor’: “Won’t ever cover you in flowers. We’re only here to play a game. That hits you once you expire.” Single ‘Bodies’ is equally thought-provoking and paired with its music video, elucidates the consequences of physical impulsiveness.

Despite being a maestro of instruments, Kari Jahnsen has confessed that the piano is perhaps her least confident weapon, claiming that professionals are likely to critique her failings but amateur listeners might not know the difference. The latter audience will definitely recognize its clumsiness on ‘Maze’ but it could be a purposefully placed misaligned sample, cleverly adding unorthodox dissonance to the track.

Its not beyond possibility, that with Kari Jahnsen currently learning the viola, Farao might be emulating different icons outside indie music in her subsequent endeavours.