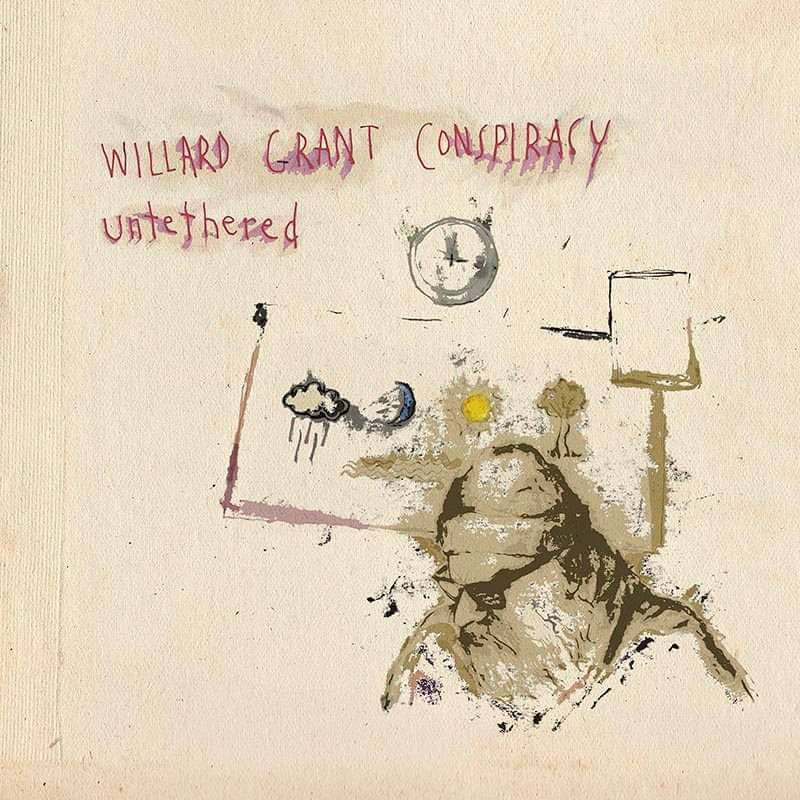 It was the winter of 2010 when Willard Grant Conspiracy played a bookshop in Belfast. I had two tickets but didn’t end up going as I was gallivanting around the north-west of England sofa-surfing trying to re-live university life which had ended four years previously. It’s now a regret that I didn’t attend the gig as last year the main man behind them, Robert Fisher, succumbed to cancer aged just 59. Throughout the band’s existence, there have been no less than thirty members but it has been the job of longtime collaborator David Michael Curry to bring to life the recordings left behind. So after ten albums how does Untethered match-up to previous offerings?

Well, it is not as good as Regard The End, Let It Roll or Pilgrim Road. Piano and backing vocals are sorely lacking but Michael Curry has done a good job with the strings and as ever the acoustic guitar is at the forefront of listening. Opening track ‘Hideous Beast‘ is a bit of a throwaway as it doesn’t even last two minutes which is fine as it is not up to much – It’s a heavy mish-mash of bass and growling vocals. However, the second song ‘Do No Harm‘ is a belter. It is the start of something special.

The album is a solemn reflection of someone who knows that they are dying. ‘Chasing Rabbits‘ is an emotional one. “It’s a perfect day” laments Fisher as what sounds like a cello plays over his singing. ‘Love You Apart‘ and ‘Saturday With Jane‘ have the best of strings on them. “I wanna eat you alive, You are my reason for waking,” proclaims the singer fittingly in the former. There are three instrumental tracks on the record which add to the atmosphere of the project overall. They sandwich the main tunes. ‘Let The Storm Be Your Pilot‘ hits the spot first time round but becomes quite annoying on multiple listens.

Title track ‘Untethered‘ is the standout moment of the 14 track record and the one song that leaves the listener looking for more. It’s a simple song and you can tell it was recorded after the cancer diagnosis. The whole package is reminiscent of Johnny Cash’s last work being released posthumously. Indeed Fisher sounds like a younger Cash in places or John Cale perhaps.

‘Soft Hand‘ is the band’s best song. Nothing on this record comes close to that highlight and it is not going to make many ‘top ten albums of the year’ lists but if you’re a fan of the band, it is a fitting way to say goodbye. Maybe in future, I’ll stick to going to every gig I have tickets for.