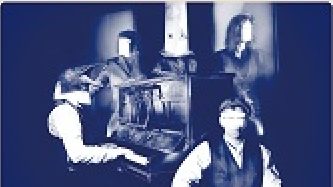 Today, GIITTV albums editor Loz Etheridge takes us through his top ten Tracks of the Year.

The Blood Tub Orchestra – They Can Do Without Us

Bursting through the doors like a brilliantly executed raid by the Peaky Blinders gang, ‘They Can Do Without Us‘ is an invigorating take on a sex war ditty written by Mr Whit Cunliffe way back in 1912.

It’s impossible not to be hypnotised by the pounding, spellbinding rhythms of ‘Dimanche‘, but just in case that wasn’t already captivating enough, the French duo roped in the intense actor Bertrand Belin for the video.

Ezra Furman – Driving Down To L.A.

A fascinating direction for Furman, as he and his ‘transangelic’ partner try to escape the unreal expectations placed upon them by an unforgiving, narrow minded society. A cinematic masterpiece, no less.

The Orielles – Let Your Dogtooth Grow

Simply one of the most thrilling young bands doing the circuits right now, this track channels peak era Lush and melds it with the finest work of Pale Saints. If you want to be pernickety then yes, it was first aired at the tail end of 2017, but the band only truly came to prominence upon the release of their debut album this year, and it was too late to feature on any other lists in 2017, so I’m bloody well having it, ok?

Leicester’s finest returned with a splendid EP in 2018, the lead track perhaps being the pick of the bunch. “Let’s see how dumb the world is” suggests Amy Cooper, pretty much summing up the state of global politics in 7 simple words.

..,in which frontman Patrick Stickles laments how he “can’t keep a secret from the guy at the store downstairs” over a rootsy, Stones-like honky tonk that’s ultimately just tremendous fun.

‘Peter Gunn‘ meets The Cramps by way of Iggy Pop‘s Death In Vegas collaboration, resulting in a highly entertaining, and somehow slightly sleazy, romp through a track that owes as much to the 1980s as it does to the moody post-punk of the decade before.

Canshaker Pi – No Sack No Way

Finding some middle ground between Pavement, Ash, The Replacements and early Jetplane Landing, the Amsterdam based band have created a jangle-pop gem that only improves with each listen.

A song which encapsulates the spirit of our poll winners perfectly. They’re almost like a self help manual to their ever growing fanbase at times, encouraging us all to ‘love yourself‘ as the first step in an act of defiance against what is deemed to be ‘perfect’ as dictated by the media. Balls to the adverts on your small screen: “I go outside, and I feel FREE, ’cause I smash mirrors, and FUCK TV.” Well, quite.

And if all this noisy stuff is getting too much for you, how about some musical medicine, by way of the chilled out vibes of the supremely talented Conner Youngblood? If this doesn’t warm your heart on a freezing cold winter morning, I really don’t know what will.