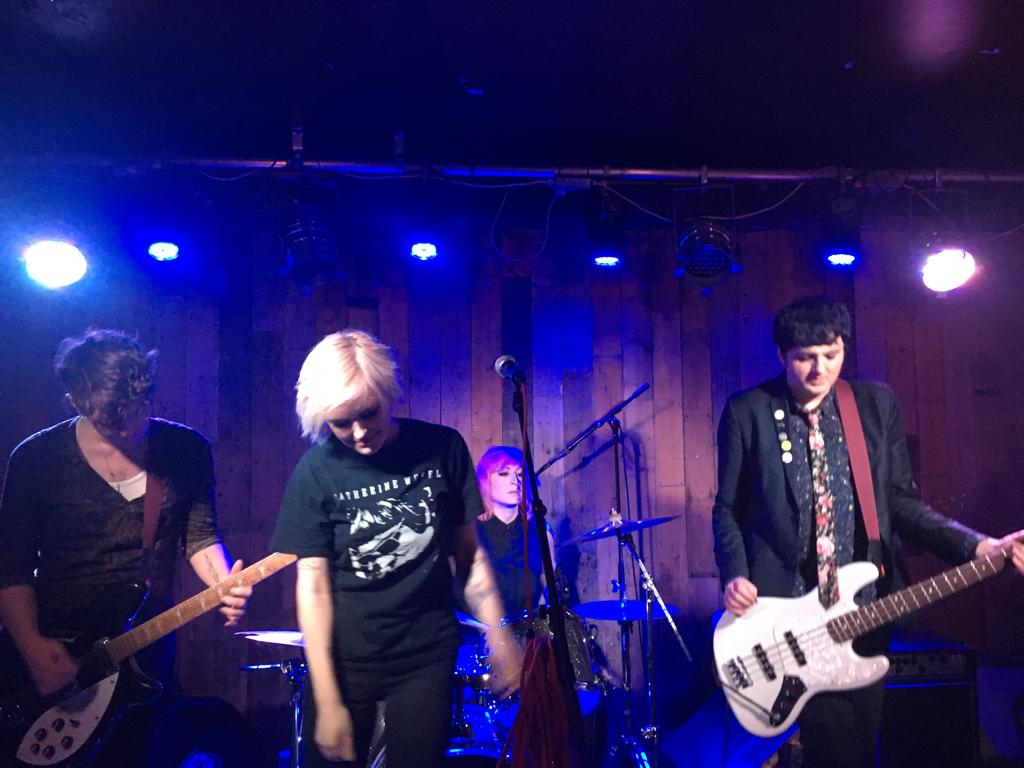 We’re waiting for the third L.P, due in February, and they’ve chosen a small basement venue, The Waiting Room, underneath The Three Crowns in Stoke Newington to debut a few of the new cuts from In Search of the Miraculous. We’ve had ‘Cedars’, an epic lament to “being a bit sad” as Jo Bevans describes it tonight, but they continue in the long line of great artists who portray the melancholy with rousing music.

They kick off with ‘Murmurations’, track one from the new record. A slow-building opener that gives us a further glimpse into what they intend in 2019. They crash straight into ‘Why Are You So Boring’, the beautifully worded and yet spiteful accost of a braggadocio.

Live favourites from the critically acclaimed second L.P, ‘Grow Up’, including ‘Hollow‘, ‘Be Kind’ and ‘Lacking In Your Love’ are typically ferocious and frantic but it’s the brand new tracks that stand out tonight. “Cedars” is stunning, Rob Hardy’s new bright white Stratocaster with vibrato bar and sustain in the lead adding a tension to one of their poppiest moments to date. Well until ‘Satellites’ and then ‘Ocean Wave’ are debuted. 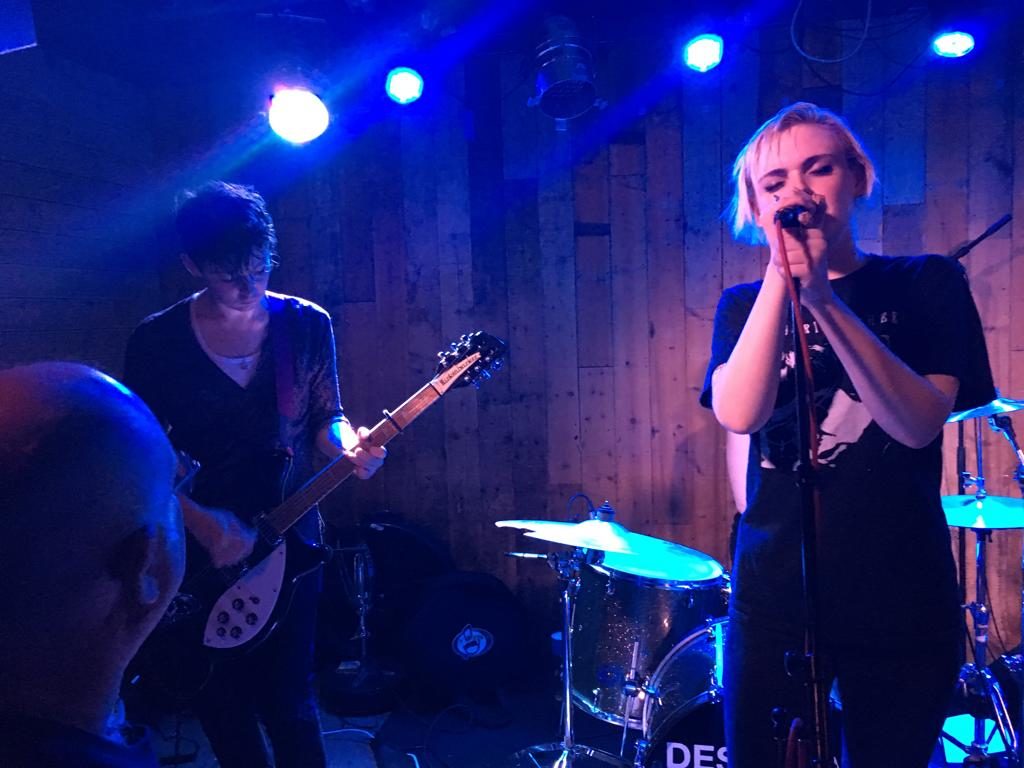 They told me earlier this year that the new album has more hope, more optimism and these two certainly sound as much if on later inspection the lyrics might prove otherwise.

Someone once said it’s much more difficult to write a happy song, especially if you’re British, than one about lost love, lost hope, without sounding trite and twee. Not least because it’s much easier to relate to.

They decide to end where it began, with ‘Control‘ and ‘Cristina’ from the eponymous first record. Much faster and urgent, it’s like the wound coil has been released.

Then they disappear through the crowd. They’ll emerge in the new year to tour before, in and around the release of album number three.

Not much longer to wait.