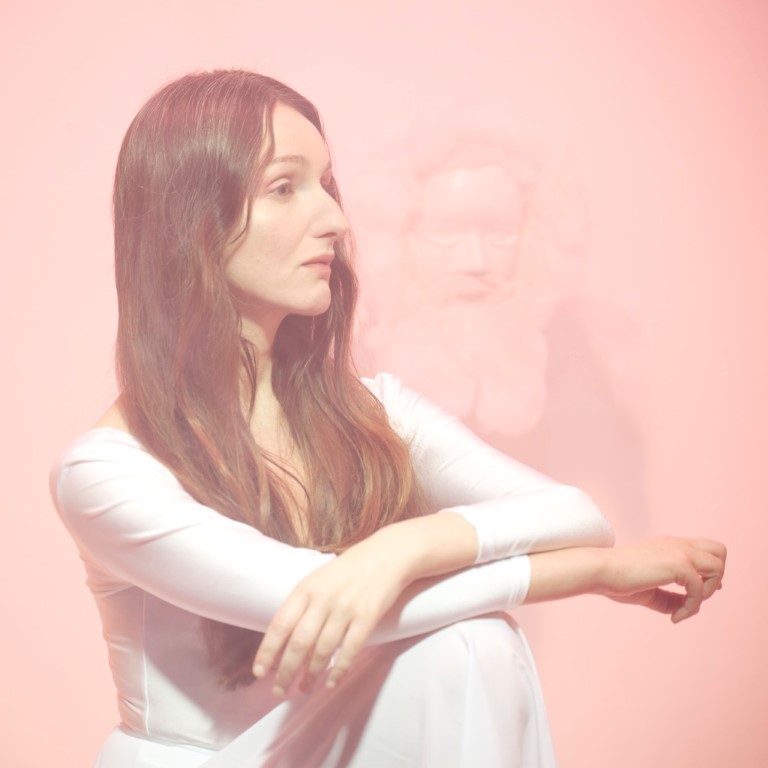 Following last year’s debut album Wind Sculptures, Johanna Glaza makes a welcome return with her new EP, Albion. Influenced by William Blake’s extended poem The Emanation of the Great Albion, the EP contributes to that circle of creativity in which poetry inspires music which inspires art which inspires fashion which inspires poetry. Glaza builds on the sounds of Wind Sculptures but grounds her composition in a more earthly realm. Dividing her time between London and a cabin in Lithuania, Glaza becomes a hybrid of Kate Bush and Snow White gathering berries barefoot in the woodland. And there is no doubt she can speak to the animals.

‘Albion’ is as lengthy as the Blake’s poem is long. Glaza combines piano and drums with her birdlike voice. There is something Victorian about it as if Christina Rossetti has discovered a baby grand and a set of drums in an empty room in a deserted house. It is easy to hear the influence of Blake’s mysticism and visions in her references to ‘spirits’ and ‘smitings’. These are the sounds to accompany dreams and chase away nightmares.

The remaining three tracks are much shorter. ‘The Future Was Not The Animal I Saw’ is disorientating and experimental, a capella but for the R2D2 bleeps. ‘Isabella’ is a silent movie soundtrack for the section where the heroine is strapped to the train tracks, whilst ‘Broken Ray’ has Glaza casting her voice as high into the stratosphere as it will go, desperate to reach the sun. All of which fades like a phantom circus into the mist.

The self released Albion is out now.