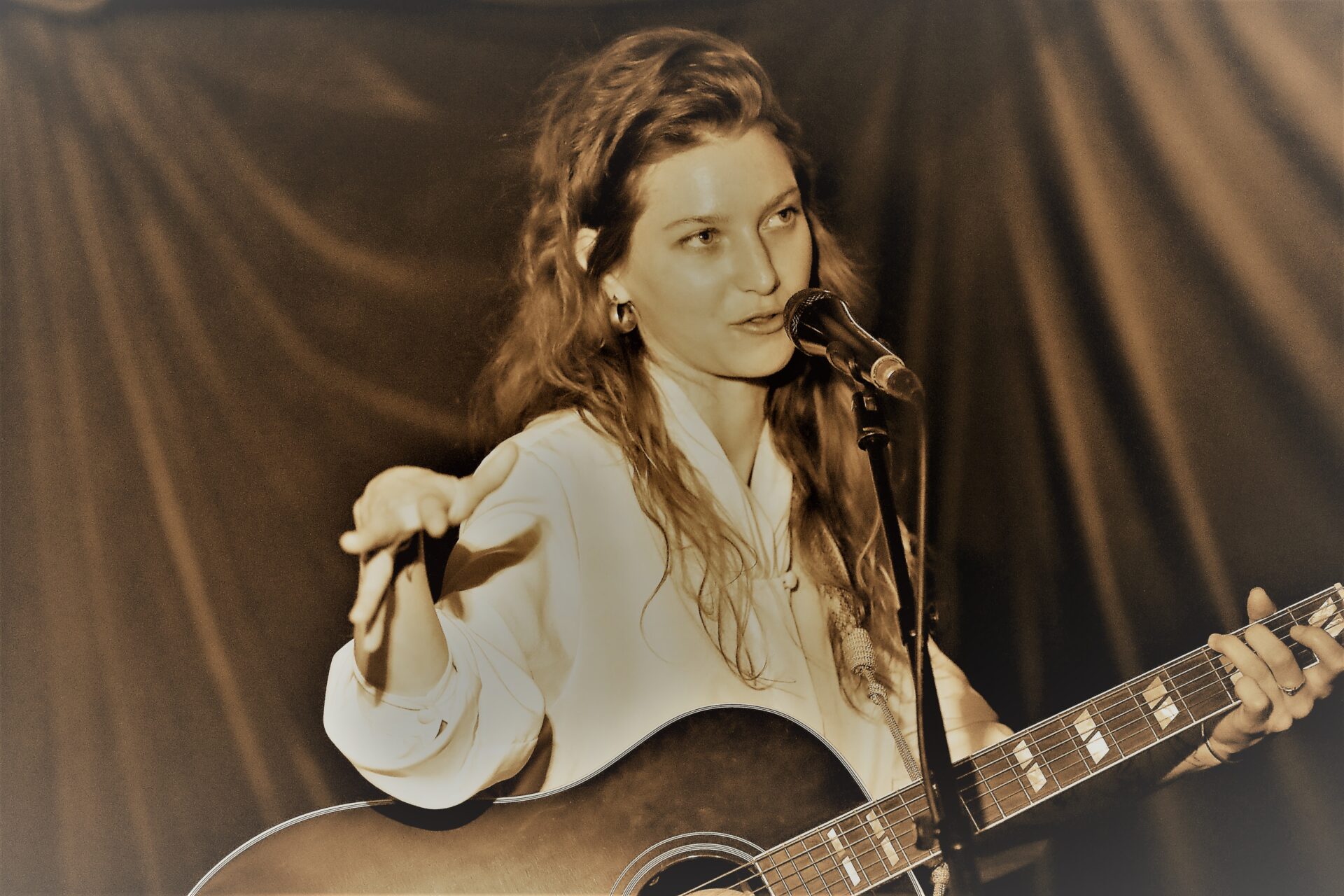 The occasional “y’all” aside there is nothing to immediately connect Carson McHone with Austin, Texas. She is not a caricature of someone from that town, not least a country singer. There are no rhinestones, no frills, no lace. There is just Carson McHone and her Gibson guitar and a whole bunch of her own tunes out here on her first ever tour of this country.

Her second album Carousel – containing reworkings of some of her earlier songs – has just been released in the UK through the consistently impressive Loose Records and it is to this record she immediately goes tonight. ‘How ‘Bout It’, ‘Spider Song’ and ‘Drugs’ may mine all of those familiar deep seams of country music travails, those of love, dependency and heartache, yet McHone invests these feelings with a fresh potency and power. It comes as little surprise to find that Carousel has already crept its way into the Official UK album charts this week. 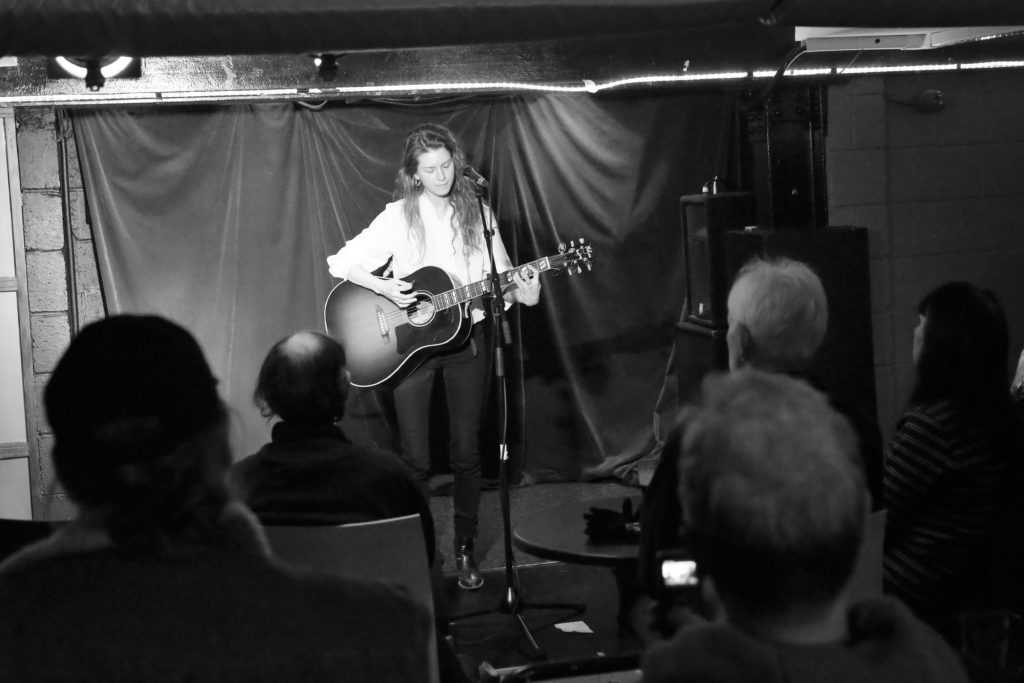 Inspired by Ernest Hemingway’s memoir A Moveable Feast, ‘Hawks Don’t Share’, a newer song that didn’t quite make it onto Carousel, explores creative tensions and deep personal struggles. ‘Ain’t You Lucky (I Love Being Lonely)’ has its genesis in the honky tonks and barrooms of McHone’s hometown. And ‘Sad’, the lead track from Carousel, lays bare a pain and sorrow that the delightful dichotomy of her clear, careworn voice so accurately conveys.

Carson McHone ends with a stunning ‘Goodluck Man’ before a small but wholly appreciative crowd encourages her back onto The Basement stage for ‘The Desert Song’ confirming McHone’s innate ability to inhabit those precious moments of light before they are completely consumed by darkness.