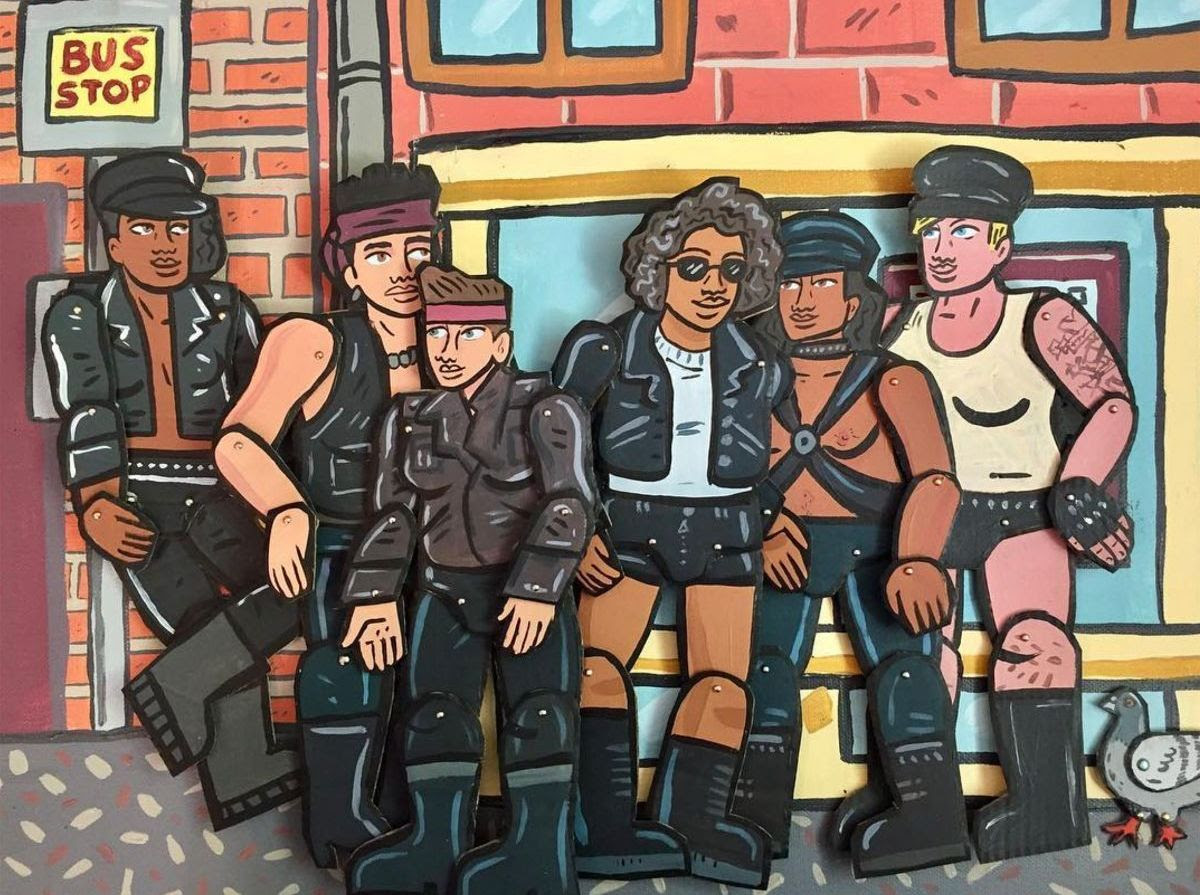 Produced and written by Damien Vandesande (of the French electronic music band dOP Circus Company), ‘In The Dark’ is a throbbing disco-pop track featuring bouncing techno beat not one but five synths and interspersed with a mèlange of hi-NRG refrains. SADO OPERA conjure up images of Frankie Goes to Hollywood and the Scissor Sisters yet given it an ultra modern subversive electro clash spin. It’s an ode to one of their favourite Berlin hangouts  sex club Ficken3000, they say:

“The song is about an actual encounter that happened at Ficken3000. Not just a single encounter, in fact. We love telling the story at our live shows and thus turning every venue into a darkroom in a blink of an eye.”

There’s no photography permitted in the dark little heavens of some queer clubs, so Rory Midhani has skillfully recreated the scenes with some. The artist recreates various lewd and luscious club scenes using cardboard puppets – complete with string and pulleys to really capture the thrusting and stroking effectively – to paint you a picture. The NSFW video is a playful tribute to the diversity of queer bodies, and homage to the venues and scenes that welcome them with loving arms.

The infamous sex club celebrated turning 20 this year, and continues to entertain a diverse mix of pleasure-seekers: voyeuristic Hollywood celebs, local DILFs on the DL, and even Parisian design collective Vetements, who recently ran a line of T-Shirts stamped with the club’s logo and motto, “Share the Blame”.

SADO OPERA are serious LBGTQ+ activists.  With support from DJs such as Wolfgang Tillmans, Discodromo and Godmother, the band organised a benefit party to help gay men in Chechnya flee persecution; “Siblings” took place at Wilde Renate, the nightclub where SADO OPERA and Damien Vandesande are resident DJs.

SADO OPERA balances their time spent in this den of iniquity with other pursuits. Following a pair of seductive new singles in 2018 – “Red” and “You Make Me… Ah!” – the band performed some unforgettable shows throughout Europe including numerous queer music festivals, as well as music showcases like Reeperbahn (Germany) and The Great Escape (UK). They are set to return to the UK later this year.