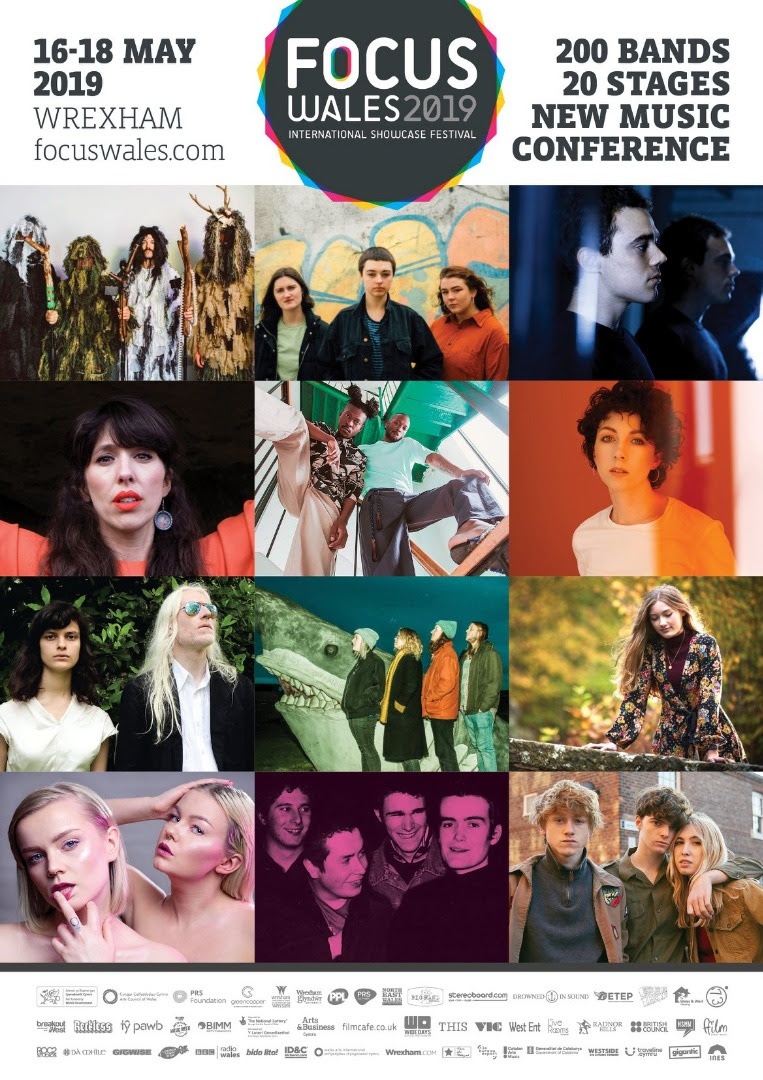 FOCUS Wales have announced an exciting new wave of performers for the 2019 international showcase festival, which takes place in Wrexham, North Wales across 16th – 18th May. The additions include Avi Buffalo, Snapped Ankles, 9Bach, Audiobooks, and Adwaith amongst others.

“Aggrocultural Punktronica” 3-piece Snappled Ankles who began their career playing warehouse and squat parties, moving onto performance art collaborations with filmmakers and shows in unlikely locations such as barber shops, games arcades and the forests they once called home.

Multi-award winning band 9Bach have been commissioned to create a genre-defying piece that will explore miscommunication and misinformation in a bilingual, multimedia age. The piece will be a collaboration between the band and acclaimed drummer Andy Gangadeen (Massive Attack, Jeff Beck, amongst others). The piece will be performed live three times, including a Welsh performance during FOCUS Wales.

Plus, after calling quits on music in 2014, the much beloved Avi Buffalo (USA) returns, playing an intimate show at St Giles Church, Wrexham.

Following the successful release of their acclaimed debut album in October, Adwaith will return to Wrexham in May having completed a UK and European tour with The Joy Formidable.

Penelope Isles have been turning heads throughout the UK music press. The band toured with BC Camplight (who is also playing FOCUS Wales) in late 2018, and are set to release their debut LP ‘Until The Tide Creeps In’ in March 2019 on Bella Union Records.

To see the full list of acts announced so far, visit www.focuswales.com