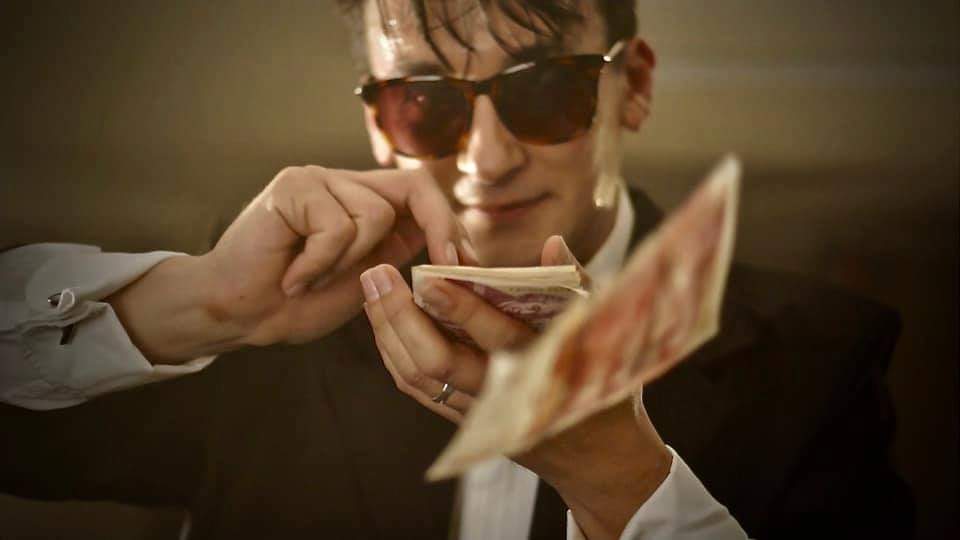 Brexit. No one word seems to divide and challenge quite so easily in the U.K’s most turbulent time to date. I caught up with the frontman of The Widows, Kim Le Tan in regards to his bands’ latest song, ‘Brexit Chainstore Massacre’.

John Clay: So, a possible no deal Brexit is on the horizon and you’ve written a song called Brexit Chainstore Massacre. Timely. Tell me about the penning of this song.

Kim Le Tan: We wrote the music first, then I started working out the lyric, which eventually morphed into a worst-case scenario rant about the nationalist farce that is Brexit. The title pretty much says it all.

John: Have you had any other forays into political commentary as a band? If not, is this the sign of a new direction?

Kim: We all have our own views, some of which are aligned, but I don’t speak for the group politically. And I’d never want to become a “political act” or anything like that – I’m definitely no Billy Bragg, for instance. But that’s not to say I don’t feel inclined to sometimes write about issues, political or other, that affect us all in some way. It really depends on what we’ve come up with musically and the words that come to mind as a result. There’s a spontaneous element to it.

John: It’s amazing how politics in one form or another can alter a bands’ perception of themselves, let alone affect the way people view the band. What do you make of the occasional swipe from one band to another in terms of cultural appropriation? Does a band have to come from a certain class of people in order to express themselves with say, a certain accent. vocab, sound? IDLES and Fat White Family’s latest clash springs to mind.

Kim: I couldn’t care less what one band says or thinks about another. We’re all entitled to our opinions, no matter how deluded they may seem (though I draw the line at tolerating anything demonstrably false). As I mentioned before, I don’t think that bands necessarily express a collective message, and if they do it’s often disingenuous. Whoever writes the lyrics is expressing a subjective opinion, experience or fantasy. It may be authentic or affected, either way it’s still subjective. How people choose to interpret and respond to the words in a song is up to them. Class only seems to be an issue in Britain. It’s obsessed over in all spheres of life, work and creativity. I’m from New Zealand but I’ve lived in London half my life. Consequently, I don’t feel I fit into a particular class. From the perspective of an outsider who moved in, it appears as a construct designed to stratify society and maintain the status quo indefinitely, i.e. rich and privileged at the top always and forever. I guess that’s the flipside of something like Brexit. A reactionary protest against this so-called establishment that will result in worse living conditions for those who voted for it. That’s the thing – the upper echelons of society round these parts have it pretty well stitched up – you can have your vote peasants, now eat shit. I don’t read the music press, to be honest, so wasn’t aware of any feud between idles and FWF, but I do like the title of their new album, ‘Serfs Up!’ Wish I’d thought of that. Almost as good as ‘Brexit Chainstore Massacre’!

John: You’re right. We really do obsess over class in the U.K. I wonder why that is? Now, even though I like to discuss the culture and the politics behind the band I’m intrigued by the song structure of Brexit Chainstore Massacre. It’s an odd one, yet it feels familiar. How did you come up with it?

Kim: I came up with the bass line for the chorus first. We played around with it for a bit in the studio, then added the verses, which are very simple and direct. The breakdown middle eight riff was Roger’s idea, I think, and I put some version of that “At last…” vocal refrain over it. This was before I’d written the lyric and decided what the song was about. The heavy, garage-y section that follows is a nod to Iggy & The Stooges and The Dead Kennedys. The song then finishes with a bang (we like to think!) with a chorus outro. Most of our songs are written like this – collectively in the studio. Everyone contributes to the process.

John: In my travels, I find that admission rare: bands of your type tend to rely on one songwriter, but it shouldn’t surprise me given the nature of the track how democratic the creation of it is. You have an album coming out later this year, right?

Kim: You kill the creative energy and spirit by being autocratic. It just wouldn’t work for us. In answer to your question, there’s still a bit of work to do on it, but yes, Foreign Bodies will be out sometime this year.

John: Exciting stuff! You’ll no doubt be playing some of it live? Care to tell readers about the next show and what you have in store? Plug away.

Kim: Our next gig’s the Camden Rocks all-dayer Sat 6th April at The Monarch in Camden. We’re working on a couple of new songs, hopefully at least one will be ready for the set. But it’ll mainly be material from the new album, including our probable next single, Less Than Zero – a garage punk banger, one of our best yet, IMHO. And we might also play our cover of Goodbye Horses if there’s time… If you people want their name added to the £7 cheap list – tickets are usually a tenner – they can email us at thewidowsgroup@gmail.com. The first 10 names on the list get a signed copy of our Brexit Chainstore Massacre CD single on the day of the show.

John: Sounds like a lot of good things to look forward to mate. Roll on Saturday 6th April!

Video directed by Stacy Picard of the band Hotgothic.