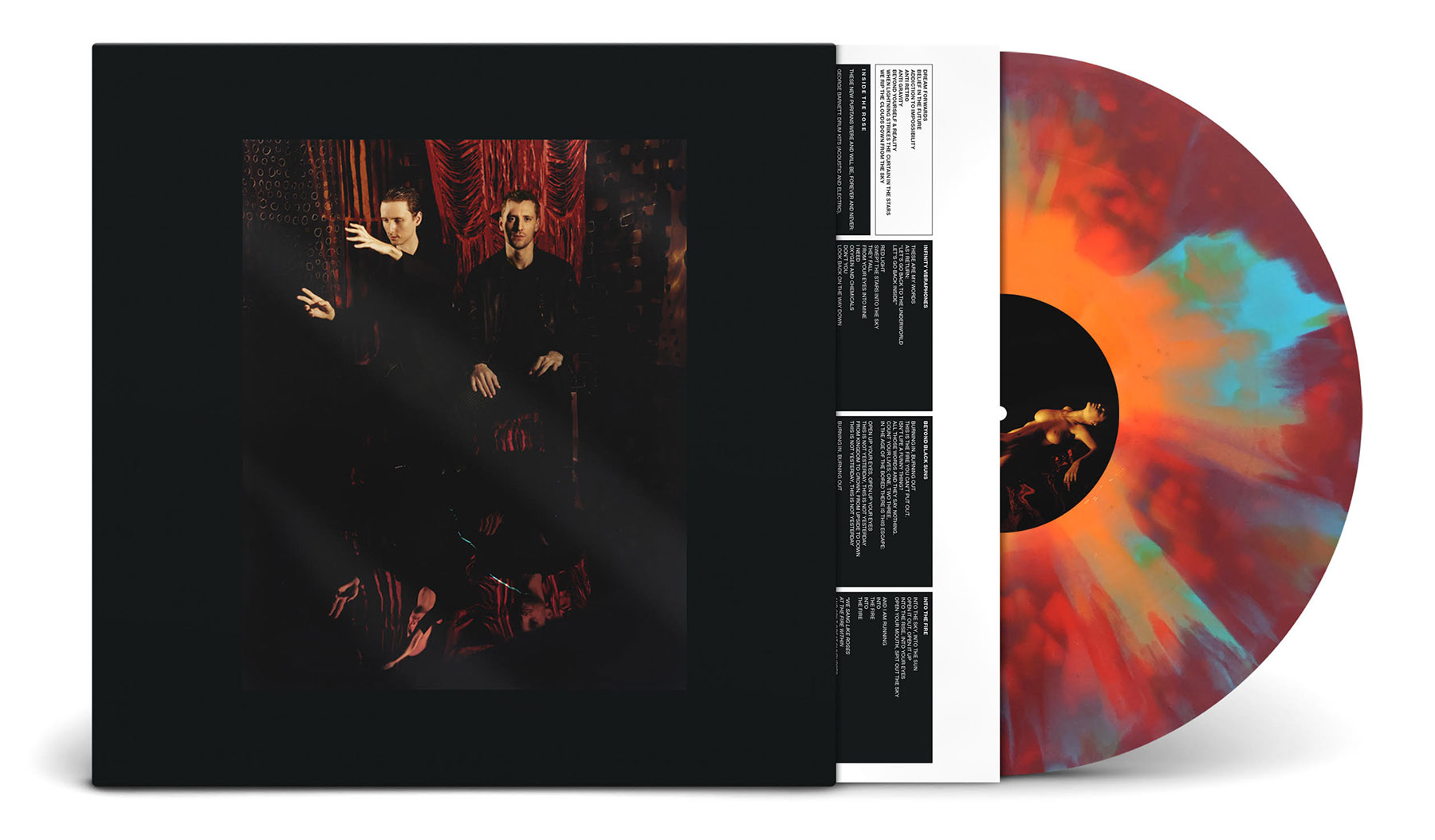 If, as many writers have previously suggested, These New Puritans are the Talk Talk of their generation; and if Hidden was their Colour of Spring and Field of Reeds their Spirit of Eden, then new album Inside the Rose must be their Laughing Stock, right? Well, yes and no. No, in that after the percussive assault of Hidden and the complex modern classical arrangements of Field of Reeds, rather than take their sound even further out there, TNPs have done something of a volte-face here and made their most accessible and commercial record so far. Yes, in that it’s an absolute masterpiece, their finest work, an album to rave about and wave in the faces of those who claim that no one makes classic albums any more and music was so much better in my day and oh shut the fuck up will you.

It’s to other 80s acts that Inside the Rose looks for inspiration this time – Gary Numan, Tears for Fears, Japan, and most notably fellow Essex boys Depeche Mode. Singer Jack Barnett now lives in Berlin and the album frequently harks back to DM’s mid-80s Hansa period, with Barnett coming off like a young Dave Gahan, particularly on beautiful opener ‘Infinity Vibraphones’ as he grimly intones “Down here in Hell we’ve got everything you need…we can give you oblivion” like some satanic preacher, atop the shimmering vibraphones of the title and ominous bass synth.

It’s Barnett’s newfound vocal confidence that drives this album. He channels Tin Drum-era Japan on ‘Anti-Gravity’; he evokes The Blue Nile at their most desolate on the stunning ‘A-R-P’; he croons like a torch singer on the pretty ‘Where the Trees Are On Fire’, on which it frequently sounds like he’s singing “Theresa on fire“, the cheeky young scamp.

But if that makes it sound as if Inside the Rose is an exercise in nostalgia, think again. The aforementioned ‘Infinity Vibraphones’ is clearly inspired by Pantha du Prince, whilst ‘Beyond Black Suns’ is the goth/trap fusion you never knew you wanted. Best of all is the twitchy title track, throbbing Aphex Twin bass and Burial disorientation, fading out into beautiful nothingness – “We could fall forever/Again into the black forever”.

As I said, a masterpiece, and I say that as someone who could take or leave their previous work. And to be honest this review is entirely superfluous, given that they sum up this record perfectly with a line from ‘A-R-P’ – “Let this music be a kind of paradise, a kind of nightmare, a kind of I-don’t-care”. The 2019 Album of the Year bar is set high.

Inside The Rose is out now on Infectious.

1 thought on “These New Puritans – Inside the Rose (Infectious)”