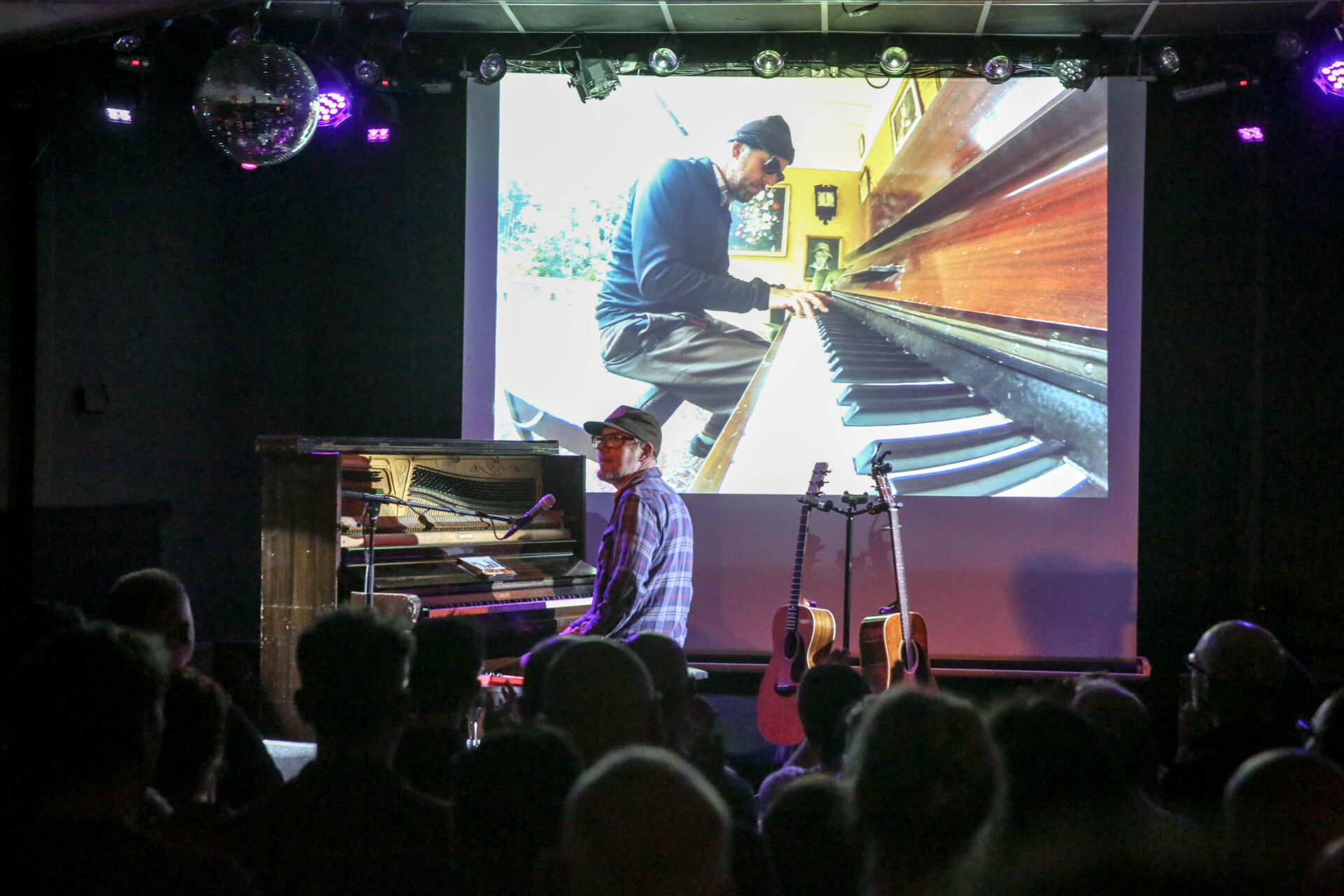 Jason Lytle last played in Leeds in March 2017. On that occasion he appeared at the city’s Irish Centre with Grandaddy, the wonderfully off-kilter indie-rock band with whom his name is most often associated. At that time, Grandaddy – for whom stardom did seem to beckon but, rather inexplicably, always remained tantalisingly out of reach – had just returned from a 10 year hiatus. However, less than five weeks after that show – a most incredible, triumphant return to live action and probably the best gig of not only that year but many others besides – Grandaddy’s bass guitarist and founding member Kevin Garcia died suddenly at the age of 41 following a stroke.

Grandaddy’s future is still uncertain, but interviewed recently Jason Lytle did say he had “one big album” left in him. Now whether that record – with a projected release date in the year 2021 – emerges under the name of Grandaddy or will prove to be a Lytle solo effort remains to be seen. What is much more clear, though, is the fact that Jason Lytle has been playing fewer and fewer shows of late, preferring instead to either immerse himself in his home studio in San Francisco’s East Bay or just get right out of town altogether on some road trip or hike in the country.

It is therefore a rare privilege and an undoubted pleasure to catch Jason Lytle here tonight on the Leeds’ leg of his Blind Date with a Piano Tour of the UK and Ireland. As the title of the tour indicates, it is just Lytle and an upright piano (plus his occasional guitar and new-found favourite toy, a sampler), flying solo with a whole bunch of Grandaddy songs and a couple of his own besides, playing in front of a large screen upon which is projected a series of his photographs. It is like having your very own family slide show – albeit one that contrasts great holiday snaps of stunning natural beauty with occasional images of automated and technological wreckage and waste – with an intimate soundtrack accompaniment for company. 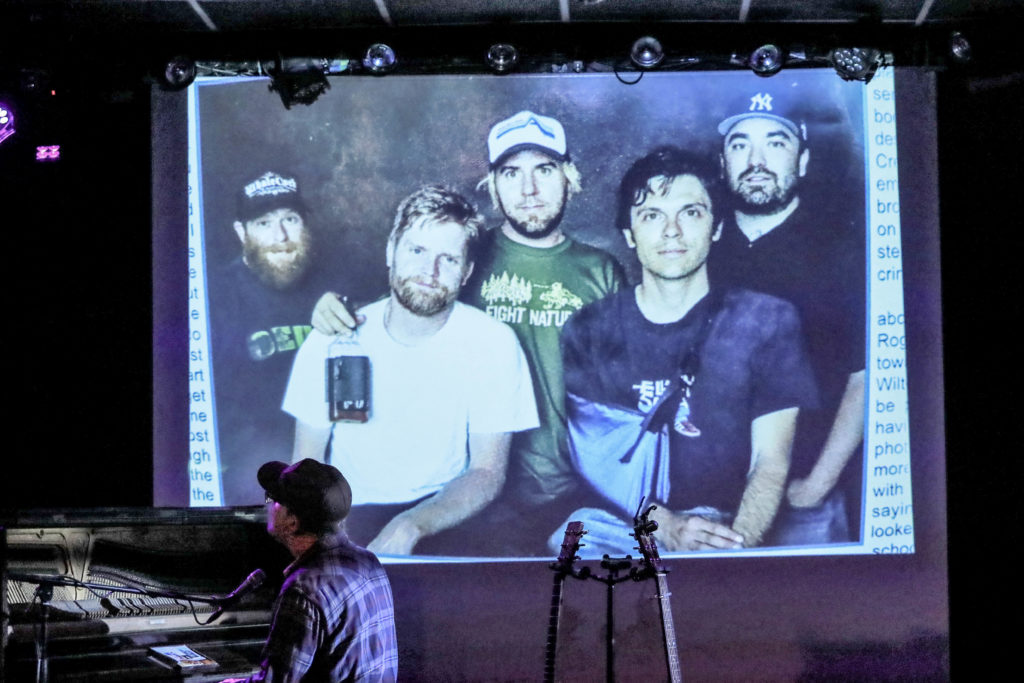 Not all of Grandaddy’s songs are going to work in this stripped-back format, but the ones that Jason Lytle selects here tonight most certainly do. From the opening ‘Go Progress Chrome’ (taken from Grandaddy’s 1997 debut album Under The Western Freeway) to the concluding ‘So You’ll Aim Towards The Sky’ (from its 2000 follow-up, and minor classic The Sophtware Slump) 13 songs later, Lytle chooses material that is consistently strong on both emotive melody and lyrical expression.

The visual images behind Jason Lytle intensify the music’s message. There are pictures of a Datsun B210 (‘Saddest Vacant Lot In All The World’), a burnt-out automobile and a solitary motel sign (‘Matterhorn’), a vintage reel-to-reel tape recorder (‘The Boat Is In The Barn’), and lonesome pines (‘Hewlett’s Daughter’), all punctuated by some truly breathtaking scenes of the great American outdoors. This startling combination of sound and vision highlights a thread of desolation and melancholy that runs right through Lytle’s music. His brittle, plaintive tenor merely adds to this sense of isolation and vulnerability.

Jason Lytle finishes with what he describes as “an oldie, and possibly even a goodie”. It is The Sophtware Slump’s epic opening track ‘He’s Simple, He’s Dumb, He’s the Pilot’ and as Lytle repeats the lines “Did you love this world, And did this world not love you?” again and again you do start to understand some of the dilemmas he has had to face when making those difficult decisions between technology and nature.

Yet despite choosing to encore with 10cc’s ‘I’m Not in Love’ – a pin-dropping interpretation of another song that deals in the currency of internal emotional conflict – the warm smile upon Jason Lytle’s face as he leaves the Brudenell stage would strongly suggest that here is a man who is now much more at peace with the world. 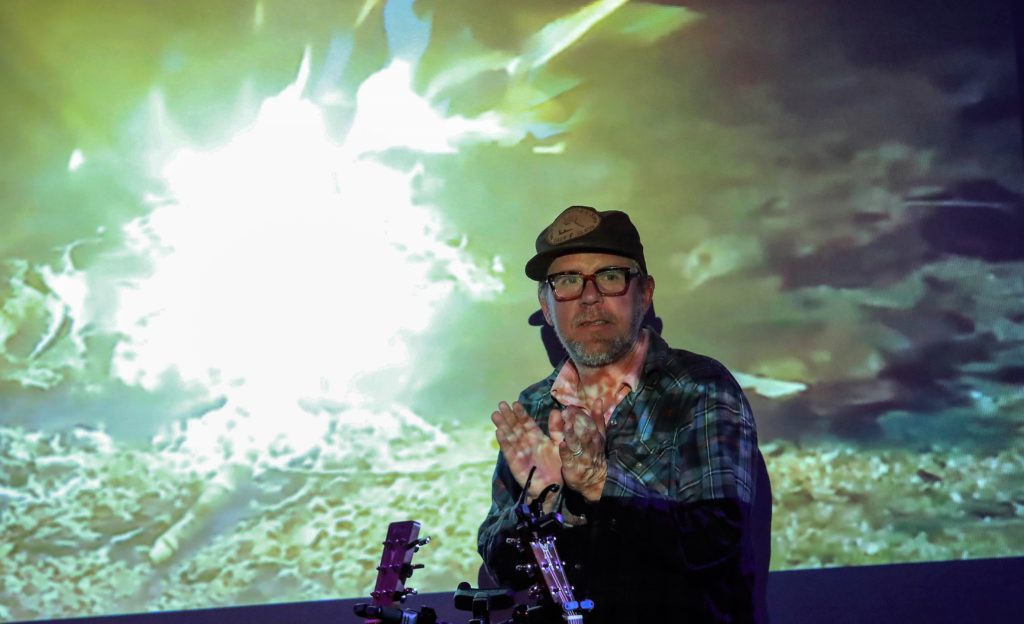 This show was a Please Please You and Brudenell Social Club promotion.