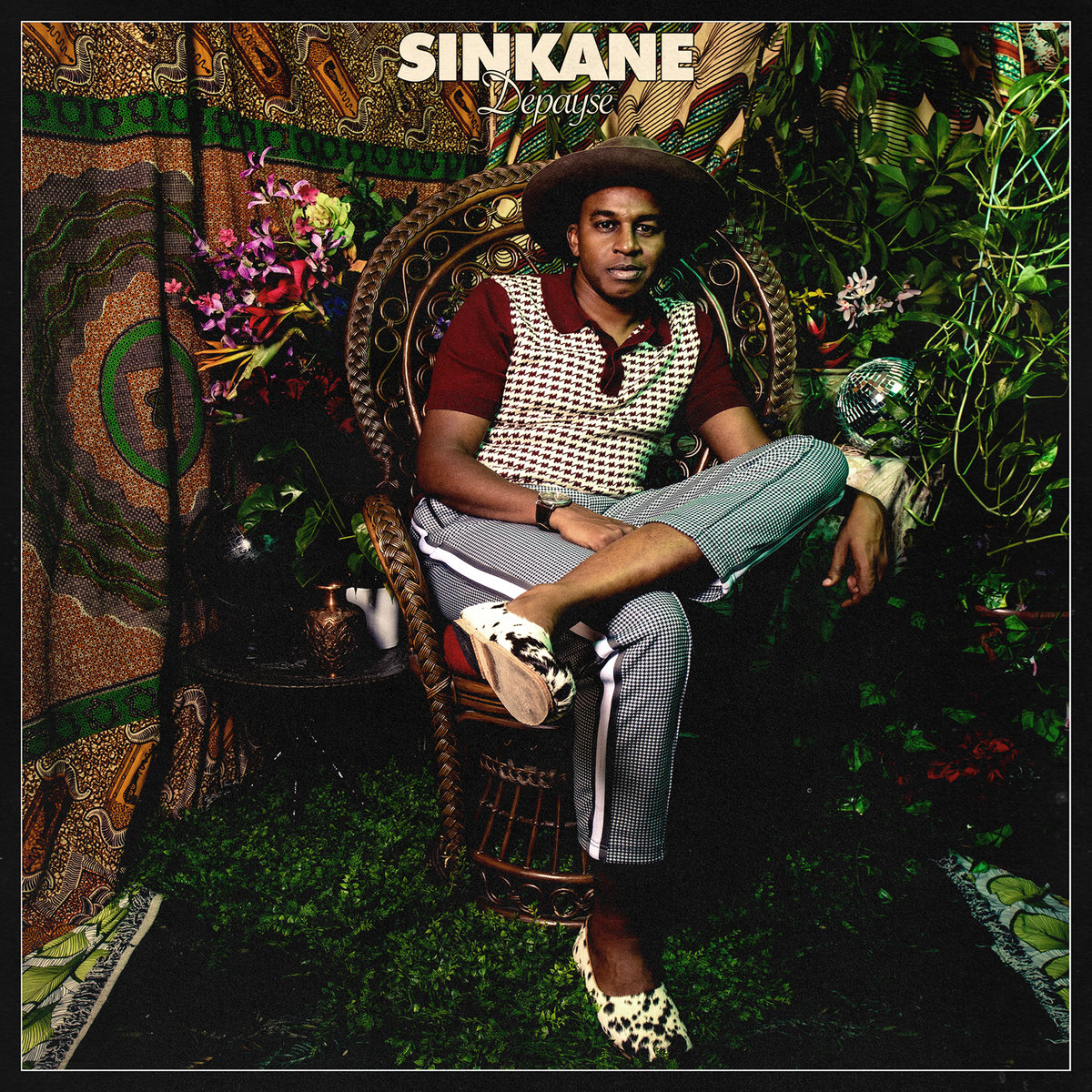 “We believe that everybody means everybody! That means you and me, black, white, brown, he, she, they all means we!” Like the equally intellectual Japanese-American musician Kishi Bashi – who also released his new album Omoiyari on Friday – Sinkane founder Ahmed Gallad is coming to terms with his dual-nationality on his new record.

Born in London to Sudanese parents, he lived in Sudan in his early childhood before his parents took him to the United States in a politically-motivated panic. This move meant that Ahmed Gallad has been confused by his identity for a long time. In a recent interview, he stated that ignorant people often impulsively observe: “You’re not quite Sudanese, or you act like a white person”. But two recent incidents in his two home countries of Sudan (the oust of three-decades long dictator Omar-al-Bashir) and United States (the Muslim ban and Mexican border wall) have made the third culture kid analyse his own mixed heritage and question why cultures need to fight each other, when in the end we’re all just warm-blooded humans all aiming to survive and be happy.

The title of Sinkane’s new seventh album Dépaysé encapsulates Gallad’s thoughts on lost identities, as it’s a French word that means to be disorientated by homelessness. Although he wrote the album in solitude because it’s his most personal lyrics to date, musically the project is made up of members from all over the world, adhering to the world unity concept of the record. This band production this time is really evident with the album’s large inclusion of instrumental and percussive layers – gritty rock-funk guitars, blues organ, sequences of psychedelic magic, electronic synth swirls and reggae fusion rhythms – as well as the backing harmonies and addition of female vocalists.

The album begins with the powerful The Go! Team-reminiscent ‘Everybody’. The track paints a picture of Ahmed Gallad’s thoughts immediately after the 2017 predecessor Life & Livin It. He watches the “mornin’ news” and grieves at “some bodies called before they’re due” but then gains strength and a new perspective. An epiphany moment that is reflected in the brilliant last verse; essentially a list of all the people he feels mercy for.

His list is not just reserved for victims but pity is also shown to bigots, supremacists and nostalgia-obsessives. A comment on Donald Trump’s presidency and Brexit is made in the lines: “Mercy to the ones who keep wishing that we still lived like way back when. Mercy to the ones who keep sayin’ to Make America Great Again”. It’s Sinkane’s bid to show that the answer is not to fight back with anger but to attempt to bring some kind of solidarity. “Don’t you know we’re all on the same team?”

‘Everybody’ also briefly comments on Ahmed Gallad’s struggling relationship with God; “On judgement day. I’ll look God in the eye. And I’ll ask “Why?” This questioning of the Lord’s actions is evident on many other tracks. One of the most shortest and contemporary sounding songs on the record ‘Everyone’, Sinkane talks about how love can transcend all discrimination – an idea that’s also embraced on the blip-heavy psychedelic-reggae serenade ‘Mango’ – and points out that “our “love “obeys no God” and “No religion can’t stop this love.”

While on the clappy ‘On Being’, one of the many tracks that delightfully uses harmonies and backing singers to great effect, Sinkane conveys the message that hate is spread through a lack of truth and that lies are a powerful tool of oppression. “Obsessed with searching to find another myth to justify” and “What’s real or faith? What is fate. Oh lord.” are perhaps lines that touch upon his own faith.

However, the biggest religious doubt is on ‘Stranger’. A bouncy-reggae anthem, that sounds like it could be performed as a protest march. portrays a character that routinely follows all his Islamic responsibilities but is dissatisfied with its lack of visible rewards. “So I get down on my knees. I bow down facing East. Starve myself to know you better. Hoping that I would find my peace. But still I felt incomplete.”

The most touching and important tracks on Dépaysé are perhaps the traditional African song ‘Ya Sudan’ and the electrifying blues-funk extravaganza title track ‘Dépaysé’ because of the personal stories behind their existence. The latter features Arabic lyrics because it’s based on a dream that Sinkane had of his father singing in the nocturnal streets of the city of Omdurman in his native Sudan. His father repetitively sung “I am your life. And all of our lives” in his native tongue and this brought Ahmed Gallad the inspiration for his unity-concept new record. While ‘Ya Sudan’ is both an appreciation of his original cultural background and his Sudanese family, it also acts a cheerful welcome to the nation’s new era beyond the previous dictatorship.

Dépaysé is a seamless progression from 2017’s Life & Livin’ It due to it’s party atmosphere, energetic and easy-to-digest sing-along songs and lyrics that aim to encourage universal hope. The difference is that this time they have a more interesting personal agenda behind them. With it’s sunny dance-inducing rhythms being released at the beginning of the summer, listening to Sinkane’s new record is undeniably a great way to begin the season.

Dépaysé is out now on City Slang.