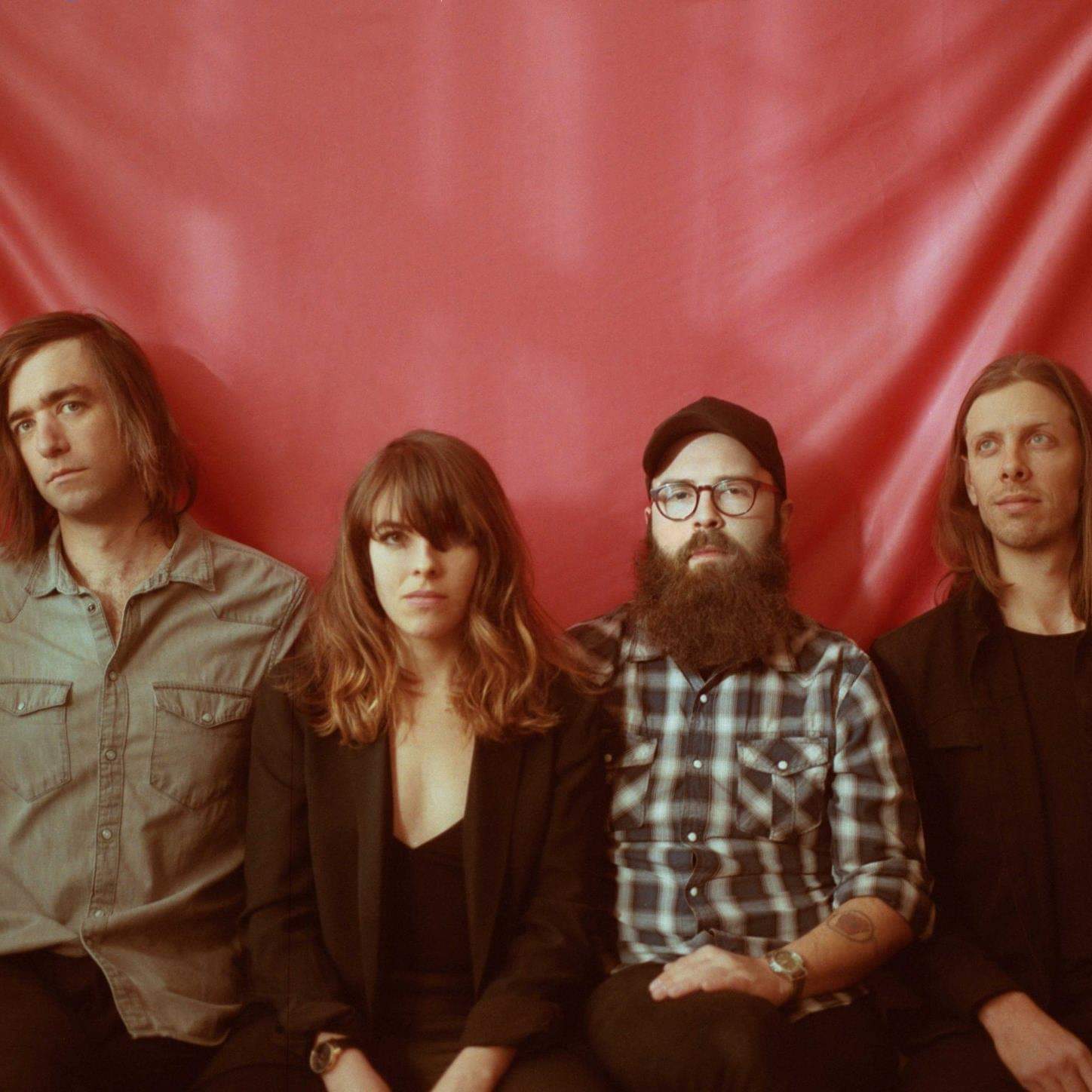 Ask who is the best singer of all time and you’ll get a lot of familiar answers: maybe Whitney Houston or Mariah Carey for their big voices, perhaps Michael Jackson and Elvis Presley for their distinctive vocal tics, or Freddie Mercury or Prince for their sheer presence. But safe choices make boring favourites. Enthralling singers can eschew technical prowess for passion, energy, conviction and enthusiasm – cult heroes  like Arthur Russell and Diamanda Galas.

Hop Along’s Frances Quinlan would never be mistaken for a technically impressive singer. Her guttural howls owe as much to emo and freak-folk as traditional rock and indie, a serrated snarl that at points echoes Kristin Hersh of Throwing Muses and Sugarcubes-era Bjork. On record, Hop Along are a head-turning prospect thanks to Quinlan’s confrontational voice, even when their music adheres a little too tightly to the twee end of millenial indie pop. Last year’s Bark Your Head Off Dog, ostensibly a concept album about the way men mistreat women, was one of the most excitingly strange rock records of recent memory, lyrically obtuse and sonically unpredictable in a captivating way, but marred by paper-thin production, and Quinlan’s vocals too jarring to not be divisive and confusing (for context: I had to ask four people before I could persuade someone to join me, that voice is a dealbreaker).

As on their albums, Quinlan overshadowed her band on stage. It’s not to say they weren’t up to the job – in particular their drummer, Quinlan’s sibling Mark, would be a point of envy in most other bands, switching tempos with ease and flair. But as soon as that strained, cathartic bellow rang out, there was no denying her presence. Not even some incredibly awkward stage banter and contrived headbanging from guitarist Joe Reinhart could distract.

Of course, none of her fascinating performance matters if the songs aren’t up to it. Mostly, they were: newer tracks like ‘Somewhere A Judge’ and ‘How Simple’ have a melodic directness strong enough to resist Quinlan’s idiosyncractic renditions – choruses made up of simple repetition, but never performed the same way twice. Older favourites like the stop-start ‘Tibetan Pop Stars’ may not be as obviously pop, but played with the ferociousness of hard rock and metal, the scale of drama brought them to life in a way lacking on record.

The last song before the encore was ‘Prior Things’, the deceptively devastating closer on Bark, a lament to never being a first choice. It’s a wonderful song and the crowd, skewing very young, lapped it up. I can imagine being eighteen years old and thinking Hop Along aren’t just great but important – being in love with these songs, personal and weird, sung by a frontwoman whose sense of urgency and despair and frustration is palpable, a band driven by a singular and insular vision. It’s rock music in a traditional way, but biting hard at the limits of the genre, subverting femininity and expectation. This wasn’t a flawless gig – the pacing was a little sluggish in the middle and their strongest material was performed quite early – but Hop Along are a good band, a very very good band on the edge of greatness, and in Quinlan they have one of modern rock’s most thrilling and engrossing performers.