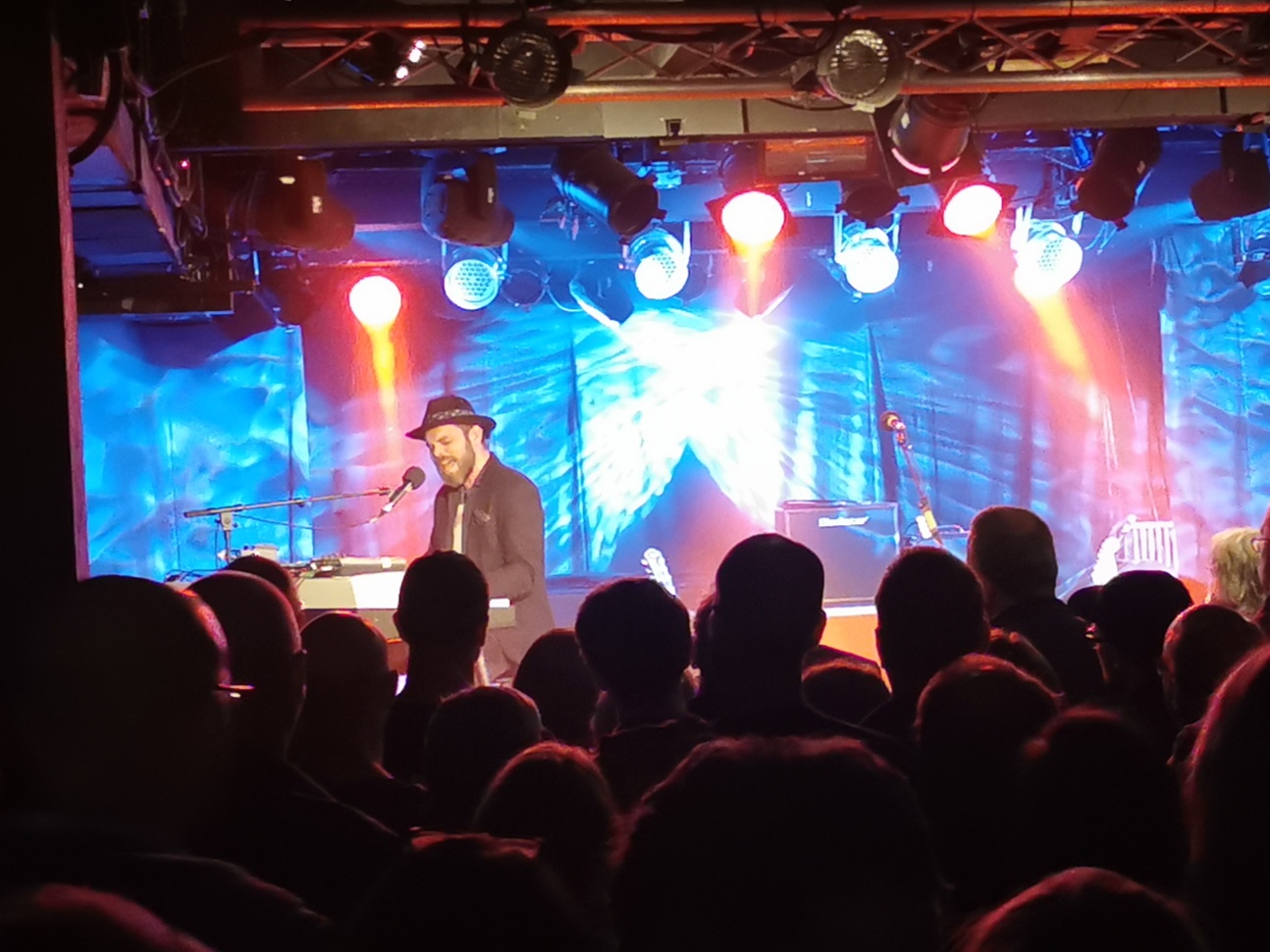 I want to talk about the former front man of Supergrass, Gaz Coombes, who is doing a one man tour a year after releasing his third solo album, the superb Worlds Strongest Man in 2018.

I want to, but I can’t. I can’t because it’s a gig in Reading. And Reading has turned itself into the worst place to watch a gig. This is because everyone is so fucking entitled that they think they can talk throughout the gig. Talk to the point that I scream at them to shut up (and get a thumbs up from the great man himself), talk to the point that Gaz, in the encore, has to tell them to shut the fuck up himself.

This is supposed to be a joyous occasion. The majority of the crowd are there because they loved Supergrass, and love Gaz Coombes solo stuff. But too many appear to be there for reasons only known to themselves. Why would you spend your hard earned cash and stand at the back talking? Loudly. What makes you think that is a good idea? You are surely there because you love Supergrass or you love Gaz Coombes solo stuff. So the only plausible answer is that you only want to hear “Alright” or “Caught By The Fuzz“.

And you won’t be happy until you do. Failing that, you’re just a cunt. You have no interest in other peoples enjoyment. You couldn’t care less about anyone else, despite what you may spew into social media on a daily basis, claiming to love everyone and respect everyone. You clearly don’t care about the musician on stage.

You don’t give a shit about anyone but yourself, and this is the crux of the matter.

Gaz Coombes is a solo artist, he plays his own material. He has recorded three solo records and he is going to play them. If you don’t have an ounce of respect in your bodies for that then why should anyone else respect you.

A gig is a microcosm of human life. You go down the front and you jump around, you hit the deck and you should be picked up. Human nature will surely mean you help someone up who has fallen. So why not respect someone’s right to enjoy a gig that they have paid for. Why do you think talking to your friend, wife, husband, boyfriend, girlfriend, brother, sister, mother, father and spoiling the experience for everyone else is acceptable? What gives you the right to decide that you can ruin a person’s evening?

Maybe you think me telling you not to talk throughout a gig you have paid good money to attend is in some way an offence to you? Well good. Be offended. Be offended so much you crawl off into your hole and don’t darken the door of a venue where people want to enjoy the act they have paid money to watch and not listen to your inane, banal bullshit. 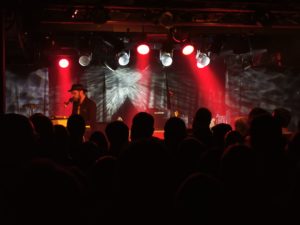 Gaz is gracious and humble and doesn’t deserve the constant babbling from all around, then in the encore his frustrations get the better of him and he tells someone at the front to “shut the fuck up, I can hear you over my guitar”.

I’ve never experienced a headline act have to tell someone in the audience, their audience, to be quiet. Support acts, whilst frustrating, is to be expected. People haven’t come to see them, and people have no appreciation of their immediate surroundings. They can’t seem to comprehend that they’re in a small venue, their voices can be heard, especially after a couple of weak lagers or gin diluted beyond taste by expensive tonic in a goldfish bowl, and they just must talk about Love Island/football/something funny they saw on social media (delete as appropriate). They’ll probably be giddy after their cheeky Nandos from across the road.

For me at least, it absolutely ruined it. Spoilt to such an extent I can’t recall how the songs sounded. The engaged and interested parts of the audience manfully whooped and hollered after each song to drown out the fudge of a hundred voices.
The last song was “Caught By The Fuzz” which was glorious but the sole Supergrass song which was more than some yabbering pillocks deserved.

Lesson learned. For Gaz and me. He came and spoke to the fans, the adoring lot and said he has to have a thick skin but obviously it is different when it’s a one man quiet show and not a loud full band gig where they can be drowned out.

I feel sorry for myself but I feel worse for him. Must be soul destroying. These intimate gigs with just him and his guitar and organ are to be cherished. More so now as why would he do many more.