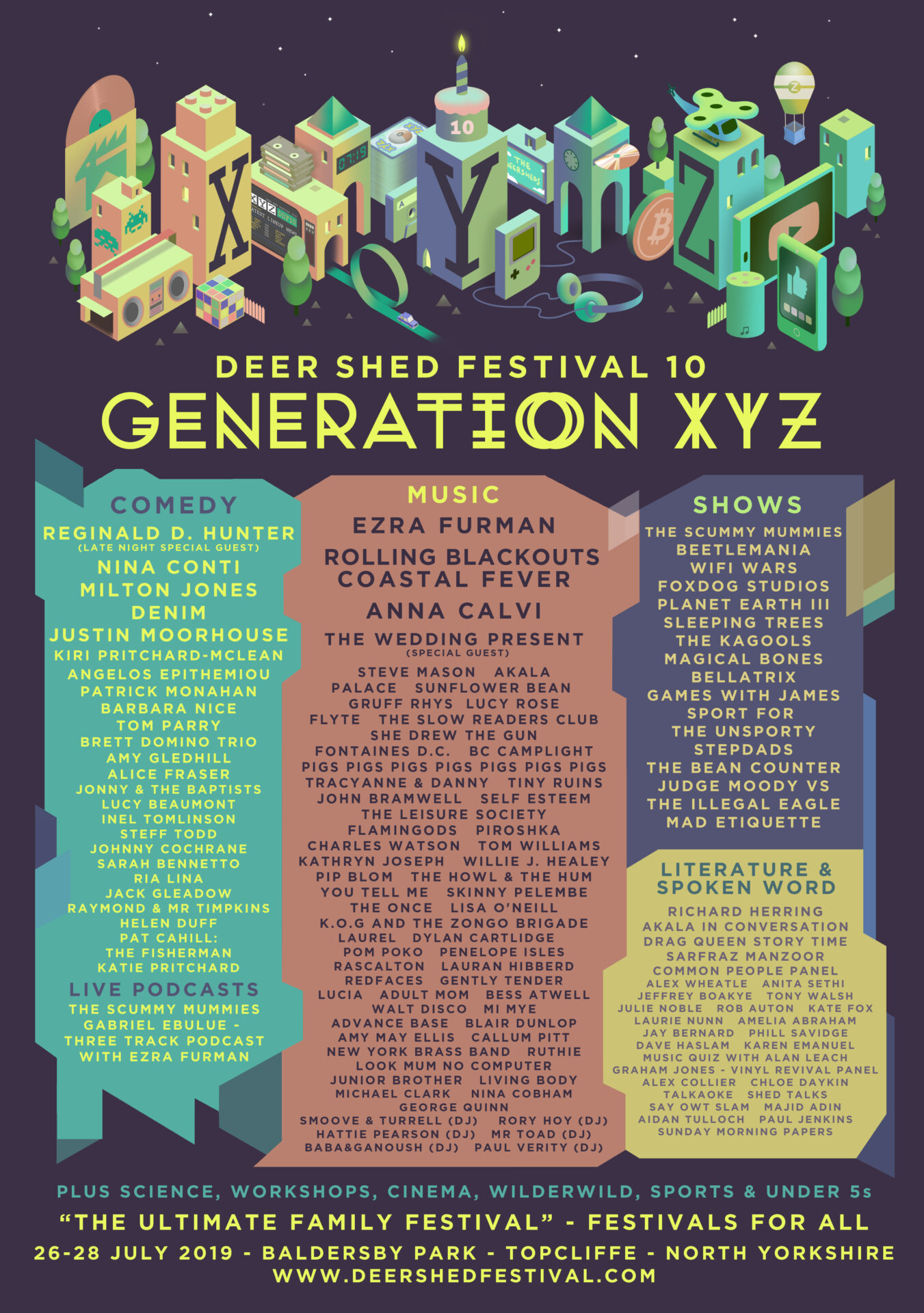 Come the fourth weekend in July – a week later than usual – Deer Shed Festival will be celebrating its 10th anniversary. In anticipation of this very special occasion, God Is In The TV has highlighted but ten of the wonderful things we can all look forward to in just six weeks’ time.

Location: the first thing that strikes you upon arriving at Deer Shed Festival is its rather delightful surroundings. Set in beautiful undulating parkland, the 120 acre festival site boasts a lake, a circular temple and two obelisks, not to mention spacious camping areas all within very reasonable strolling distance of the main arena. 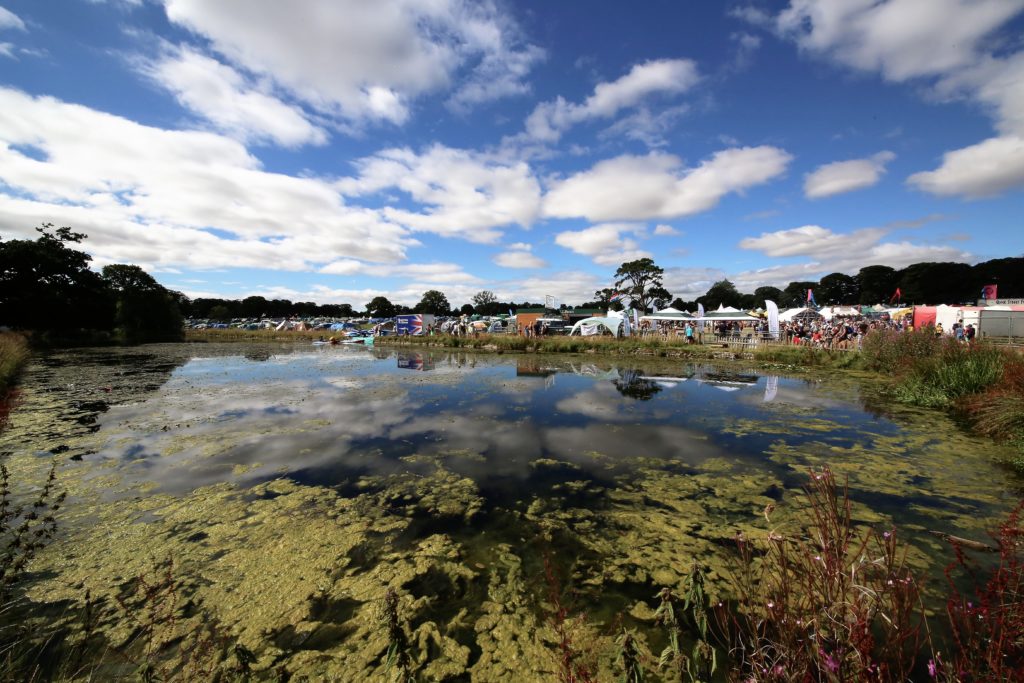 Theme: in firm keeping with previous years – which have included Monsters, Machines and Making Waves – the science-based theme for 2019 is that of Generation XYZ, which reflects Deer Shed’s innate capacity to appeal to people of all ages. And one of the stars of this year’s ever-popular Deer Shed science tent will be the London musician, analog synthesiser wizard and Generation Y YouTube star Sam Battle, aka Look Mum No Computer.

Atmosphere: Deer Shed is built firmly on the twin foundations of family and friendliness. This much is clear by the fact that 50% of those who come to the festival year after year are aged 16 or under and regardless of what age you are, you will be assured of an extremely warm welcome in what is always a safe, inclusive and most hospitable of environments. 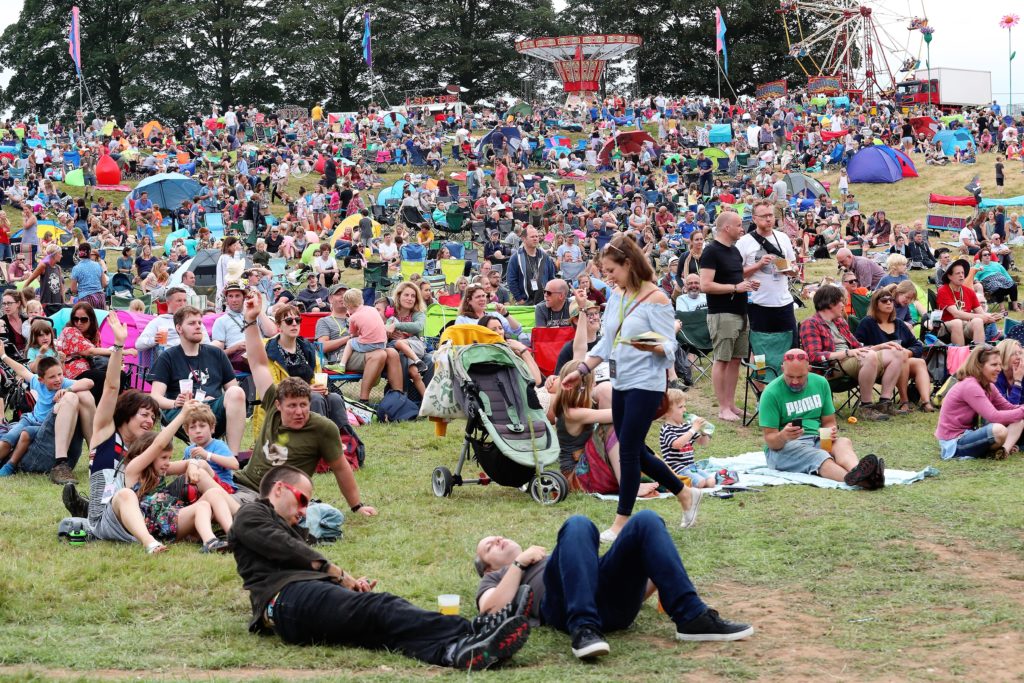 Music: with more than 60 acts scheduled to perform on Deer Shed’s four main stages over the course of the weekend, music remains one of the mainstays of the festival. The inclusion on the bill this year of the thrilling Australian five-piece Rolling Blackouts Coastal Fever (Saturday night’s headliner), rising Dutch stars Pip Blom and Norwegian pop-punk quartet Pom Poko evidence Deer Shed’s ever-expanding international reach, whilst Living Body, Dylan Cartlidge, George Quinn and The Howl & The Hum are all prime Yorkshire-based examples of the festival’s continuing commitment to the promotion of local talent.

Main Stage: located just beside the impressive Queen Mary’s School building, not only will the main stage play host to the likes of Anna Calvi, the aforementioned Rolling Blackouts Coastal Fever and Ezra Furman over the weekend, but the gentle slope leading down to it affords everyone the opportunity to have a completely unobstructed view of the festival’s principal acts. 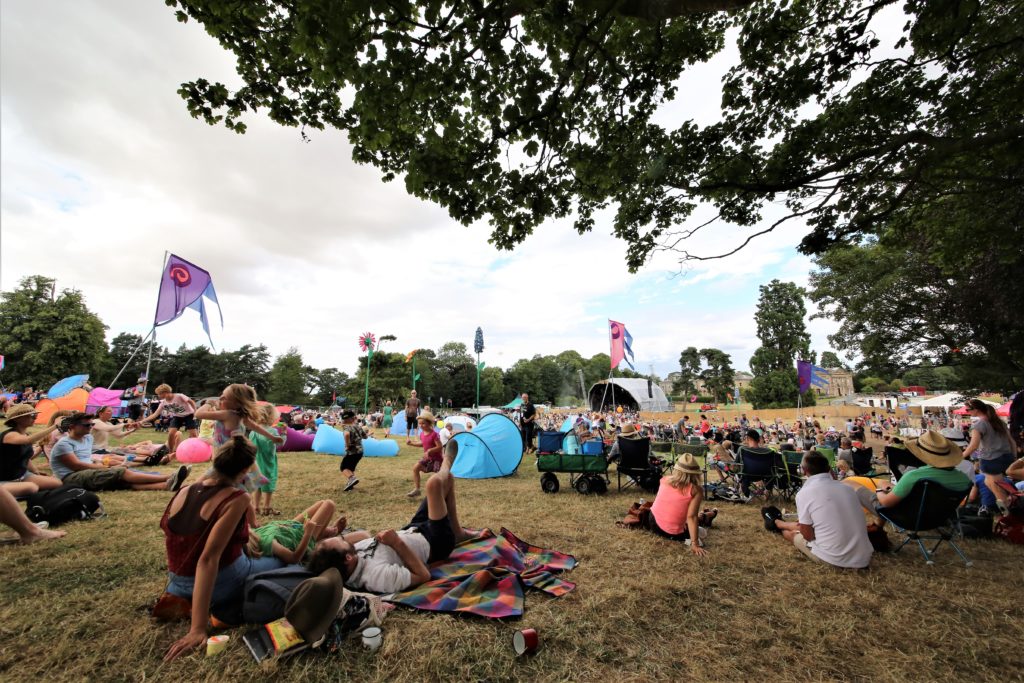 Brass Band: this year’s responsibilities will be shared by the New York Brass Band and Loud Noises Brass who in what has now become the time-honoured tradition will spend the entire weekend in the role of musical pied-pipers snaking their merry way through the festival grounds blasting out joyful variants of New Orleans jazz and party tunes.

Comedy: one of the elements of the Deer Shed entertainment programme that has seen the biggest development over the past decade is that of comedy and this much is confirmed by the booking this year of some really top turns, including Reginald D. Hunter, Nina Conti, and Milton Jones plus the very latest additions to what is an already outstanding comedy line-up, Patrick Monahan, Angelos Epithemiou and Katie Pritchard.

Swingball: Deer Shed just wouldn’t be complete without this perennial family favourite and it makes a most welcome return to its new location beside the funfair at the top of the slope in the main arena where not only can you knock the living daylights out of those little balls, you can also have a magnificent view over the entire site whilst doing so. 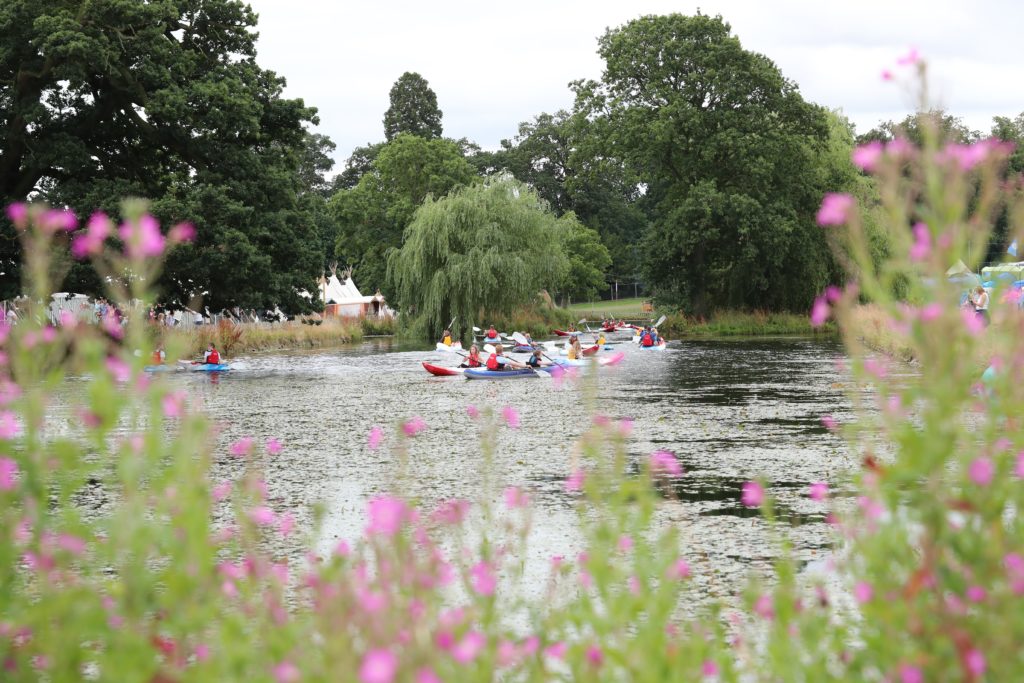 Canoeing: another wonderful activity coming back to Deer Shed, having made its inaugural appearance in 2018, is that of canoeing. Making use of Baldersby Park’s lake there will be ample opportunity for those of us who are both brave and adventurous to get along to this picturesque water feature to learn the basics of both canoeing and kayaking.

Sunday: until more recently when you could purchase an additional ticket to stay on site until Monday lunchtime, the traditional Deer Shed Sunday has been that of “the long goodbye” with all the entertainment and activities slowly winding down for an early evening departure from Baldersby Park. Not this year, though! To help everyone enjoy the festival’s 10th birthday celebrations for even longer, for what is the very first time 2019 will see both Sunday night camping and the Sunday night party included for all ticket holders.

Given all of the above it will come as little surprise that out of its regular 10,000 capacity there are now less than 300 tickets left for Deer Shed Festival 10. Get yours HERE before they have all gone. I promise you, you won’t be disappointed.

For all of the information on this year’s event, please head HERE.

And to put you even more in the mood for Deer Shed Festival 10, here are some photos from last year’s festival.