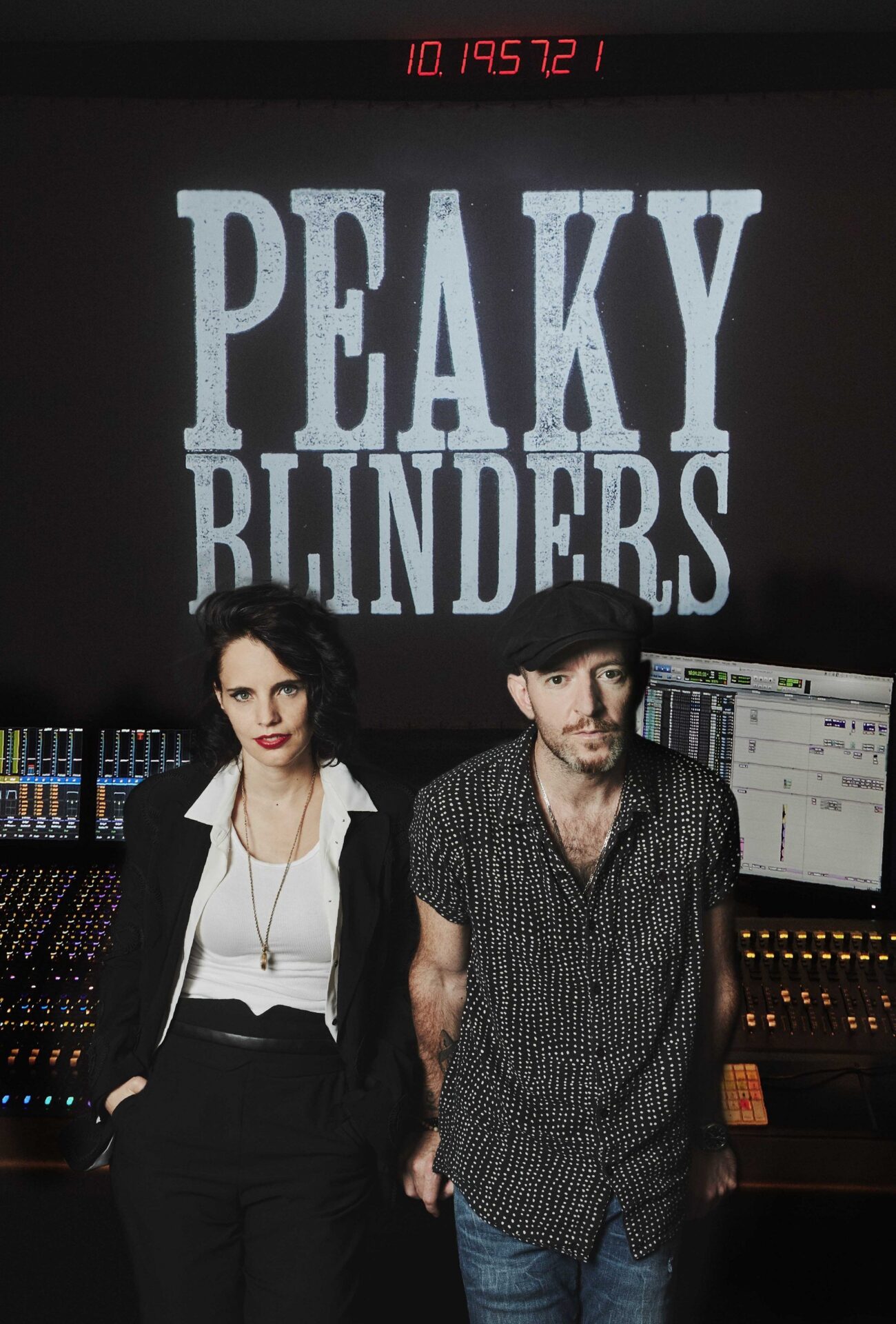 Anna Calvi has announced that she was commissioned to write the musical score for the fifth series of ‘Peaky Blinders’ the popular BBC TV series concerning members of a street gang in Birmingham at the latter end of the 19th century through to beyond the end of World War 1, the Great Recession and up to the beginning of World War 2.  The fifth series (there are two more to go) will be set in the latter period. A series preview was shown at Birmingham Town Hall last week

The series is known for its brutality but also its stylishness. Calvi is known for the latter but not so much the former, so what attracted her to it?

Calvi is one of the most perceptive writers on the circuit and has always had an interest in psychology. She says that writing lyrics for the complex main character, Tommy Shelby was one of the main challenges as she would have to get into “the dark abyss” of his mind and explore the contradiction of brutality and vulnerability, the call of the turf wars versus Shelby’s love for his family and the mental damage caused by war.

In my book that is right up Anna Calvi’s street. While it was not so much evident on her first, eponymous, album, except perhaps on tracks such as ‘The Devil’, the subsequent ones ‘One Breath’ and ‘Hunter’ were breeding grounds for the investigation of such paradoxes.

And she of course is a hugely contradictory character herself. Perhaps it is pertinent for me to mention an incident at the Manchester International Festival recently, when after performing a solo show (at the behest of curator David Lynch which says it all) she was spotted scurrying out of the venue sheepishly avoiding making eye contact with the appreciative, cheering audience gathered around the bar. I mentioned to a writer colleague that she had transformed from onstage ‘lion’ to exiting mouse, as is her wont, and vice versa.

The colleague questioned the ‘lion’ part of the calculation and I suppose that solo show had not afforded her the opportunity to be as demonstrative as usual. But anyone who has seen her ‘Hunter’ show (it is currently touring UK and European festivals) will know what I mean by ‘lion’ as she seizes control of the audience, stalking around the stage as if it were a cage from the moment she steps on it. And yes, the show can be brutal.

Indeed Calvi has said, “The score continues my work exploring beauty and brutality.” I’m struggling to think of anyone better suited to writing the music for Peaky Blinders although essential parts of the soundtrack including the theme tune are being retained. By all accounts that theme tune is as untouchable as Choir of Young Believers’ ‘Hollow Talk’ was in the case of ‘The Bridge.’ And it will give her the opportunity perhaps to write for what was her first instrument at university, the violin, as well as to utilise her flair for theatre.

All this raises the question of where Anna Calvi goes from here. Having been a comparative latecomer to the business, 25th July looms as an important, perhaps critical date in her calendar as this year’s Mercury Prize shortlist is drawn up. Twice previously nominated but losing out (to P J Harvey and Young Fathers) it seems inconceivable that she will not make the shortlist again but ‘Hunter’ just missed the 2018 deadline and was released in August. Recency can matter and there is plenty of competition. As staggeringly good as ‘Hunter’ is there is no certainty at all it will win. Actually, she isn’t high up in the odds as it happens but the bookies can get it wrong, too.

Prior to her announcing the Peaky Blinders commission Calvi said on social media that her forthcoming exciting news did not concern a new album, (“yet!”). Having somewhat rushed ‘One Breath’ she took five years over ‘Hunter’, putting “a lot of love into it” and you get the feeling that lengthy preparation is going to be the norm now.

It isn’t that she’s incapable of doing other things. She has collaborated, for example with David Byrne on the ‘Strange Weather’ EP and the associations that arose out of the MIF solo appearance (David Lynch and Chrysta Bell for example) hint at other possible opportunities.

But the most intriguing deviation was when, two years ago, she wrote the score for a  new version of ‘The Sandman,’ the play/opera directed by Robert Wilson, the American experimental director and playwright who has been described as the world’s foremost avant-garde theatre artist. It was performed extensively across Germany but not in the UK.

So, and I’m only speculating here, a lot could ride on the outcome of the Mercury. It may be that Anna Calvi doesn’t feel she can top ‘Hunter’ and if the panel do not bestow on her the recognition she deserves at the third time of asking she might look to other media for future work. Or she might announce a fourth album next week. She can be unpredictable to put it mildly.

1 thought on “Anna Calvi writes score for next series of Peaky Blinders, what does it signify?”