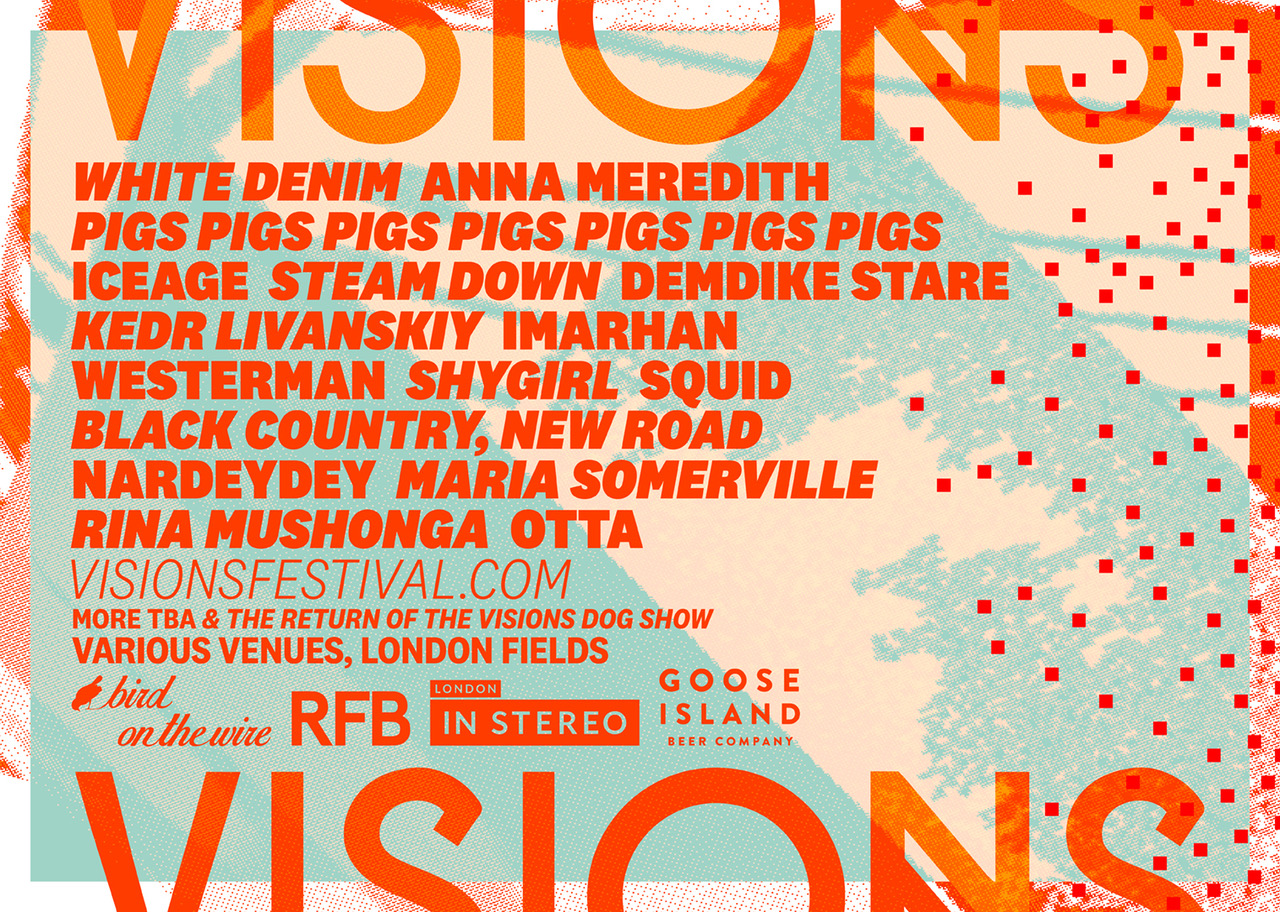 Visions Festival is one of the stalwarts in the London gig calendar. Every August venues in Hackney open their doors to put new and up and coming names alongside some of the indie big names. And 2019 was no different.

The Visions Dog Show is a treat. With off kilter judging banter and a range of hipster canines, compered by Happyness and judged by shame, HMLTD and Our Girl, it was a jolly introduction to the laid back and trendy vibe of the festival. Who doesn’t love a dog with a bit of personality, especially when you’re sat watching them with a picnic lunch and some beers?

The line up this year swerved heavier than before. We kicked off the day with Scalpings, who sound exactly as their name suggests. A boisterous and sharp performance from a band coming with vengeance that lacked vocals but pulverised with energy. Razor sharp techno punk is always more suitable for a 2am slot than 2pm in deep and dark Hangar, but started the day well, and set the scene for a riotous line up heavy on vicious new guitar bands.

Maria Somerville brought her low-key ballads to London Fields Brewery The Arches, and despite what sounded like a quivering undertone caused by some dodgy sound, captivated the audience with melodic and electronic tunes. Elsewhere Orville Peck was playing cowboy crooners, Westerman played his chilled synthy pop ballads, and ShyGirl was busting out her fast based R’n’B tracks which bristle with speedy lyrics and bounding beats.

Imarhan is an Algerian Tuareg desert rock quintet, and they’re bloody brilliant. On a bright afternoon in Oval Space they played lively and vibrant tunes that effervesced and brimmed with intensity. A highlight, if a left field choice for many. Rock riffs and African rhythms crashed together with danceable melodies and a sense of excitement. Their addition on the line up shows just how wonderfully diverse the festival is.

Back in Hangar, five piece Squid pound away with intensity, brimming with a sense of fierce fire that had the crowd buzzing in this early evening slot. Eight minute long tunes didn’t get dull; instead wrapped themselves around the listeners with their bodies shaking all over. Lashing and crashing across the stage, they blistered and flickered. They’ve been getting good notes across the music press, and had toes tapping and heads nodding across the hipster crowd.

They were followed by IceAge who were spectacular, a real force and full of tenacity. The punk rock band have been going for 11 years now, but still come at it with energy and boundless angst, making for a thrilling live show. Probably the top band of the day, at least for me and my merry pals.

Anna Meredith’s electronic acoustic classical crossover music saw her be a big draw, and it’s a style that seemed to permeate throughout the festival – these chilled beats simmering throughout the afternoon and evening.

Pigs Pigs Pigs Pigs Pigs Pigs Pigs are a sweaty, riff heavy band at the forefront of the new wave of guitar music. Their pulverising metal was perfect for a dark and dingy evening show in Hangar. They don’t take themselves seriously, but the sheer forcefulness of their sound means it’s never a joke/

White Denim are always a riot. The indie rockers know their stuff, and always do it well. Playing from their back catalogue with energy and vitality, they showcase that they’ve still got what it takes.

The night is still young, and the afterparties long. The streets spill out with sweaty bodies and smiling faces, thrilled to have had another day of brilliant new music on the streets of Hackney.