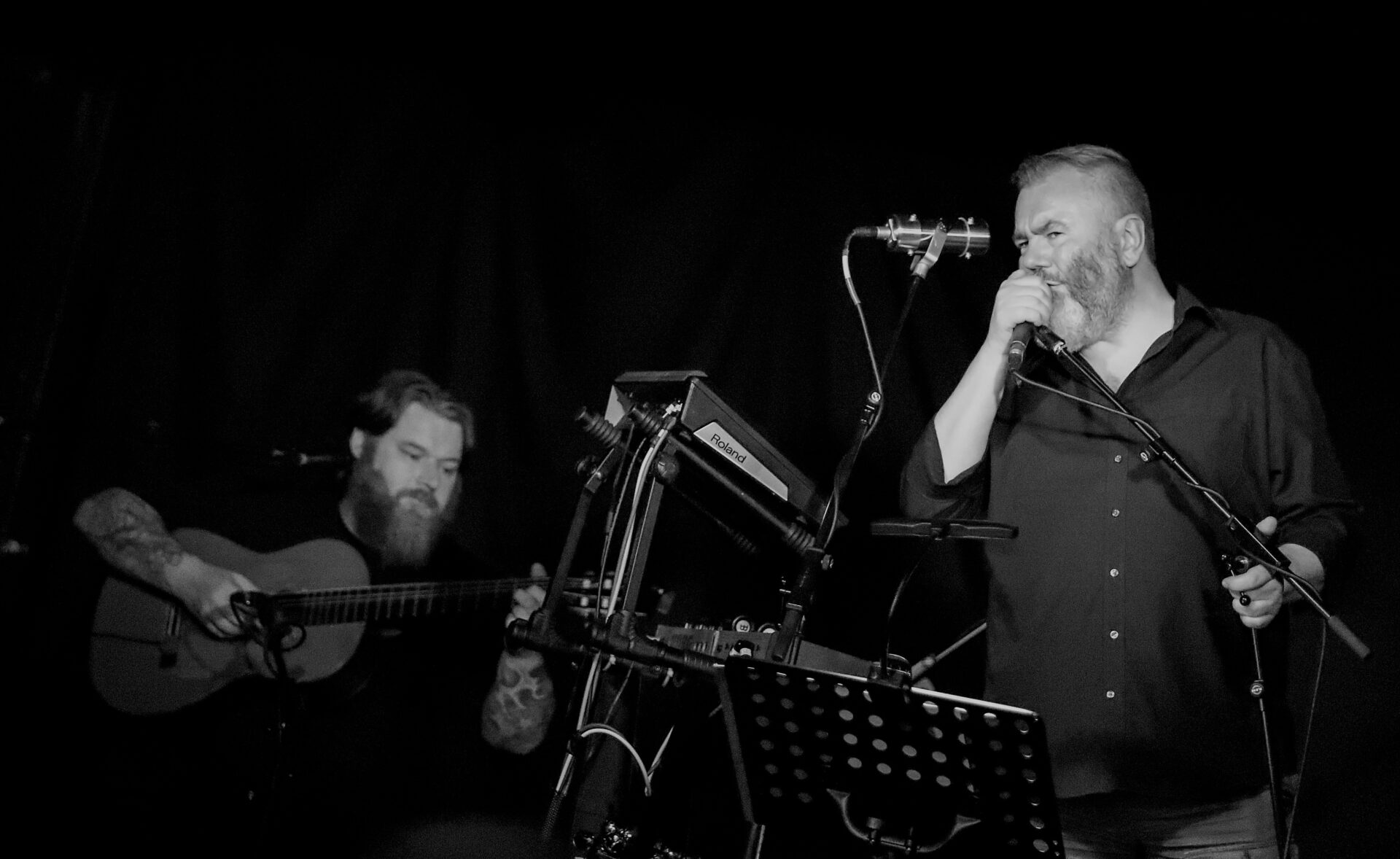 Sex and death. Death and sex. At least one of these is an absolute certainty in life. And they are a couple of themes to which Aidan Moffat and RM Hubbert return time and time again. Lest we should be in any doubt about this, Aidan Moffat helpfully points out that the first couple of songs they perform here tonight – ‘Cockcrow’ and ‘Mz. Locum’ – “are both about shagging”, whilst the third – ‘Everything Goes’ – “is one about a lack of shagging”. To an outbreak of audience sympathy, Hubbert tells us that the latter is the one with which he can most identify.

Death may not explicitly rear it’s ugly head until ‘A Ghost Story for Christmas’, three songs later, but from the very outset there is an overwhelming feeling of finality for tonight marks what will be Aidan Moffat and RM Hubbert’s last ever show together in England. Four more performances in their Scottish homeland will follow next month but then that will be that. It is then that their creative partnership will cease to exist.

What had originally started as a joint project they had anticipated would last for only a year had stretched beyond that mark, spawning three albums in the process. There had been neither a major falling out nor any rancour between Aidan Moffat and RM Hubbert; despite their best efforts to mockingly suggest otherwise the huge sense of camaraderie and respect between the two men is abundantly clear. But now it was time for them both to go their separate ways and pursue other artistic ventures. 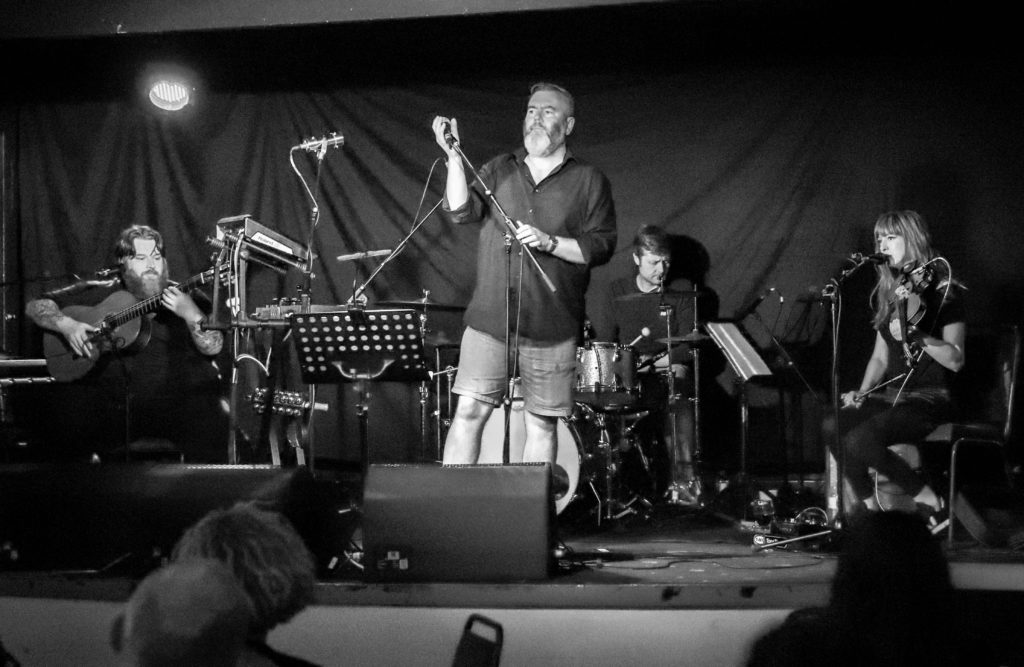 As such, the evening is riven with a huge sense of impending loss but it also generates great feelings of honour and privilege to know that we are here at what is their valedictory concert in this country. And the two men – accompanied by long-time collaborators, Jenny Reeve on cello and drummer David Jeans who was also Aidan Moffat’s fellow band member during their time together in Arab Strap – do the occasion proud with what is an emotionally-charged performance invested in both gravitas and meaning.

Carnal desire and life’s passing do feature strongly in Aidan Moffat and RM Hubert’s songs but so too do situational reminiscences, broader feelings of loss, yearning, depression and the ageing process. Getting older is further evidenced when Aidan Moffat has to prematurely leave the stage to use The Crescent’s facilities, perhaps appositely, immediately after ‘Everything Goes’. It at least affords RM Hubbert the opportunity to recall the time he went to Blackpool with his parents and ended up having a pish on top of Chas Hodges’ piano. To be fair to the Glaswegian guitarist he was only three years old at the time.

The Fylde Coast seaside town is another recurring theme in Aidan Moffat and RM Hubbert’s music and it is one to which the two men return once more on their first encore, ‘Zoltan Speaks’. They finally depart at the very point at which they initially and collectively entered our consciousness with ‘Car Song’ the first song that they wrote together. It is as beautifully poignant as it is perfectly symmetrical to their jointly creative lifespan. 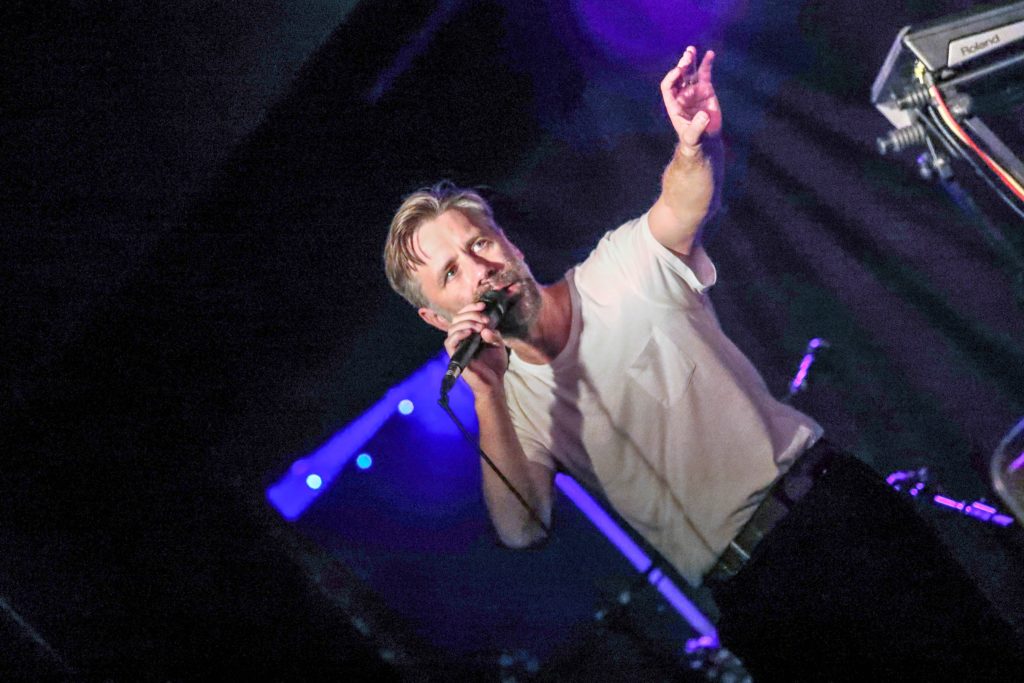 In his role as support act John MOuse had earlier made a major contribution to what has to have been one of the most quintessential evening’s musical entertainment seen or heard either side of this particular Sabbath. His songs transcend mere simplicity, breathing fresh life into half-forgotten memories perhaps no more so than on ‘Gladiator / Contender’ where the maverick Welsh artist recalls his dead grandfather. He also cuts a mean old rug, weaving effortlessly between the candlelit tables at one point with an imaginary dance partner. It really was just one of those nights, perfect in every way.

Aidan Moffat & RM Hubbert and John MOuse at The Crescent Community Venue in York was brought to us by ace promoter Please Please You.

And more photos of John MOuse can be found HERE