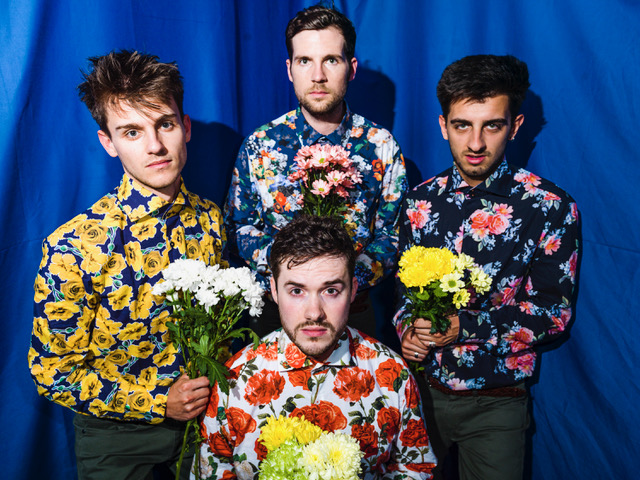 Today, Silent Forum share their angular new single ‘Spin’, accompanied by a hazy psychedelic video and we have the premiere, watch it below. It’s taken from their debut album, ‘everything solved at once’ out on 6th December via Libertino Records.

Silent Forum describe ‘Spin’ as a song “poking fun at the lack of perspective people who are dissatisfied with their lives often have”, to a backdrop of repetitive grooves and angular guitar reminiscent of Gang of Four.  It displays the confidence, ambition and ideas of a band on the brink of wider attention.

‘Spin’ is an observation of the boredom and misery of the average office worker, whilst Robot offers a character piece written from the perspective of a jaded, stressed and deskbound employee. The bleak lyrics, “I feel a shortage of high pressure in my life/ I need the office chair/ I need spreadsheets I hold dear/ I love coffee, I hate beer”, play out over a merging of 70’s punk and early noughties jangling indie of a Good Shoes variety.

“4-piece Silent Forum are a contrary bunch. Cardiff dwelling but lacking the quirky and often dulcet left-of-centre pop of their Welsh contemporaries, Silent Forum instead offer up a much edgier angular noise, perhaps more representative of the gritty streets of London from which they originally came.

Yet Silent Forum’s sound isn’t straightforward. It’s a textured, technicoloured trip that separates it from punk’s three chords or post-punk’s monochrome doom. As Silent Forum put it, many of their songs are “punky without being punk.”

Rejecting both geographical and musical pigeonholing, the themes of ‘everything solved at once’ also veer towards the unexpected. Avoiding cliched break-up or party tracks, Silent Forum’s album is in part themed around a disgruntled office worker, with an awareness of the tongue-in-cheek humour in juxtaposing corporate life lyrics with jagged punk numbers.

Silent Forum have a special magic whereby their music has echoes of every seminal band you ever loved across every pioneering and forever fresh genre of the last 4 decades, yet crammed into edgy, enthralling, infectious songs with a fervent originality and unrivalled energy.

Silent Forum have previously released three singles, ‘How I Faked The Moon Landing’ (2018), followed by Robot and Safety In Numbers (2019). The singles have collectively had over thirty BBC Radio plays, including BBC Radio 1 (Huw Stephens), and lots of love from BBC Radio Wales and BBC Radio Cymru (with support from Adam Walton, Janice Long, Lisa Gwilym and Bethan Elfyn).”