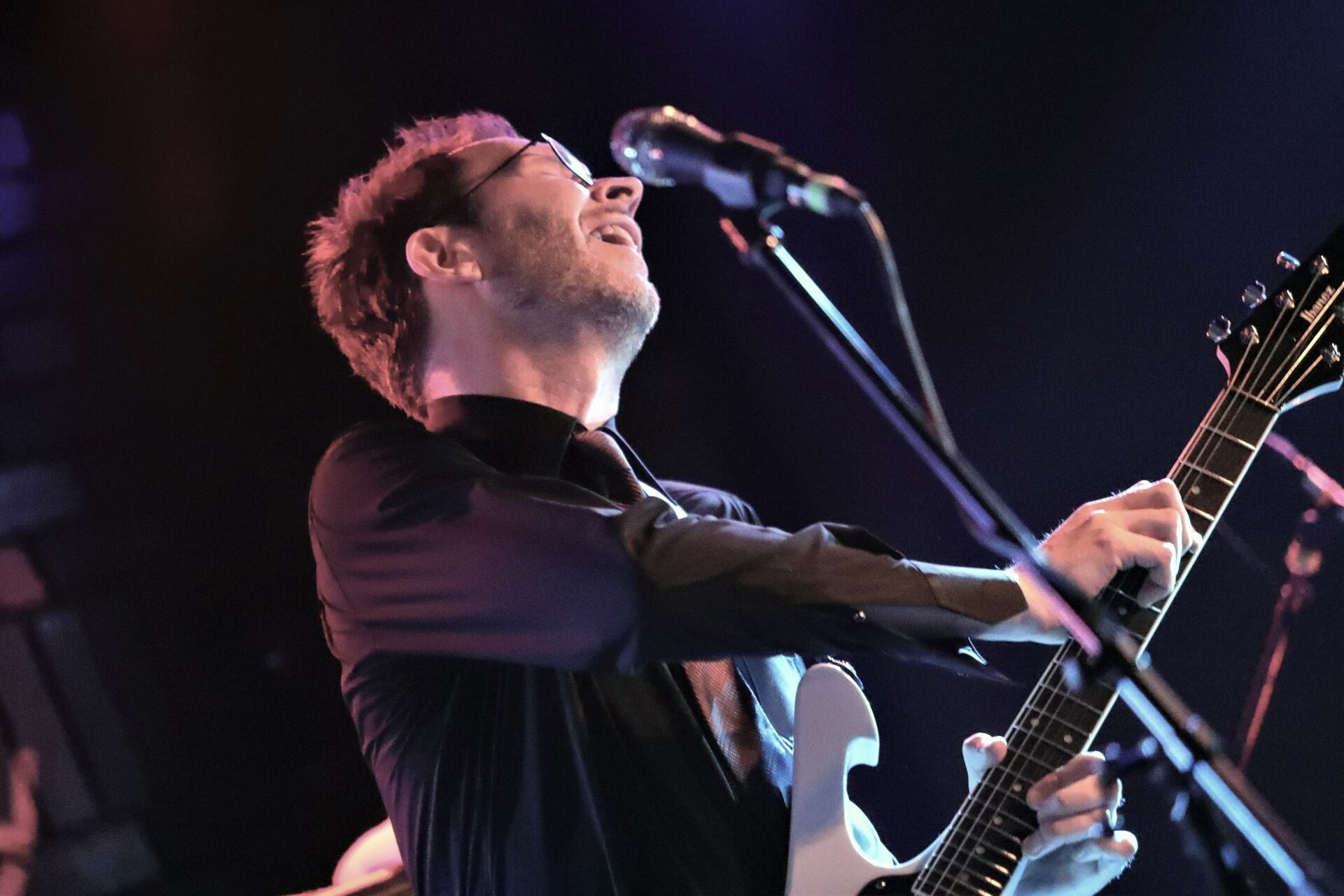 “Are you ready to rock’n’roll?” Paul Gilbert roars these words into the microphone. It is not so much a question. It is more of an instruction; a statement of intent, in fact. “Let’s do it”, he adds as if by way of confirmation. And the American guitar player duly does just that, not even bothering to pause for breath before tearing into ‘Blues for Rabbit’, a track taken from his most recent solo album Behold Electric Guitar and the record that lends its name to this leg of a tour that began last week in the Ukraine and will end up in just over three weeks’ time in the Netherlands.

By the second song, ‘Havin’ It’, Gilbert has got his jacket off and clearly means business. He quickly follows this with ‘Green-Tinted Sixties Mind’, a song by Mr. Big the hard rock band that he jointly formed in Los Angeles more than 30 years ago before giving us a song that he introduces as being “great for exercises”, namely ‘Gonna Fly Now’, the theme tune from the indefatigable Rocky film franchise. It is already abundantly clear that there is precious little this man cannot do with his trademark Ibanez guitar.

Metal, rock and blues – and most variants thereof – jazz, pop and James Brown-infused funk, Paul Gilbert can easily turn his hand to all of these genres and many more besides as he ably demonstrates over a virtuosic two hour set. And a packed Brudenell crowd – broadly speaking in a ratio of about 73 men to every woman – absolutely love it. 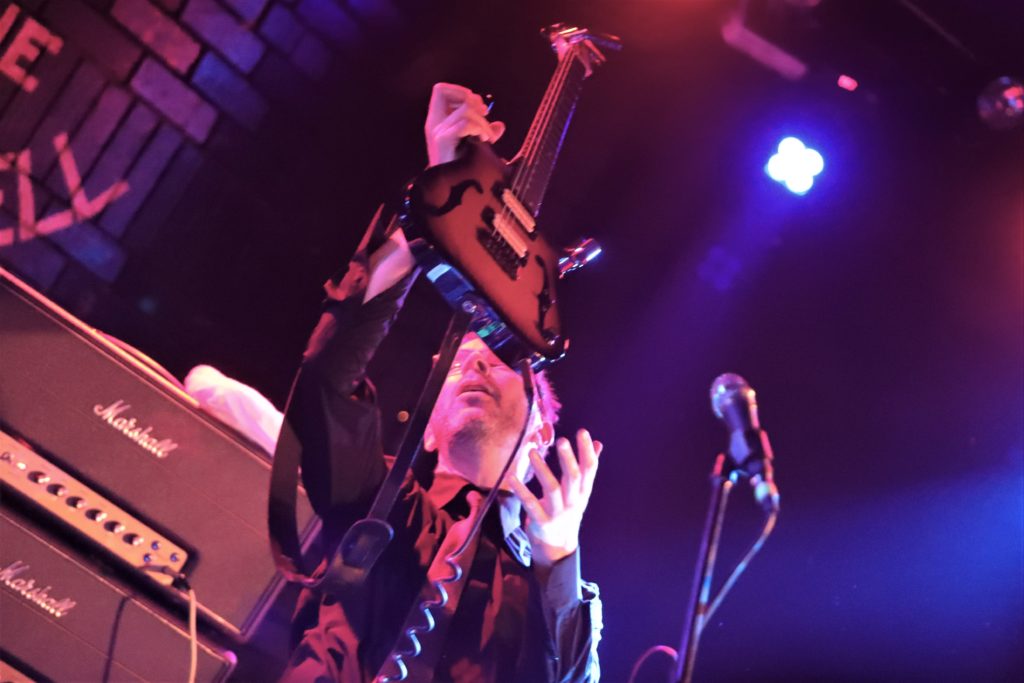 With a shit-hot band comprising Asher Fulero on keys, Timmer Blakeley and Bill Ray on their respective bass and drums, Paul Gilbert treats us to the lion’s share of Behold Electric Guitar, even having the time and courtesy to explain the genesis of some of these songs. ‘Sir, You Need To Calm Down’, he tells us, emerged from his having once missed his plane at LAX airport and is built upon his then anger at himself for having done so, a couple of Led Zeppelin chords, bits of the Batman theme, some major and minor keys plus the occasional arched eyebrow. ‘I Own A Building’, on the other hand, owes much to the combination of Sade’s ‘Smooth Operator’, a few tasty jazz licks and some expert use of a bottleneck slide.

Paul Gilbert is equally at home on the material of others as he illustrates on a blistering cover of The Beatles’ ‘While My Guitar Gently Weeps’, complete with rapid machine-gun fire guitar accompaniment, and the perfect juxtaposition of U2’s ‘Pride (In The Name of Love’)’ and Zep’s ‘Whole Lotta Love’. His interpretation of ‘Still I’m Sad’ owes far much more to that of the Rainbow version than it does The Yardbirds’ original before the guitar maestro disappears somewhere over the Pennines in the general direction of Manchester with a glorious take on Jimi Hendrix’s ‘Red House’. Now that’s the way to do it.