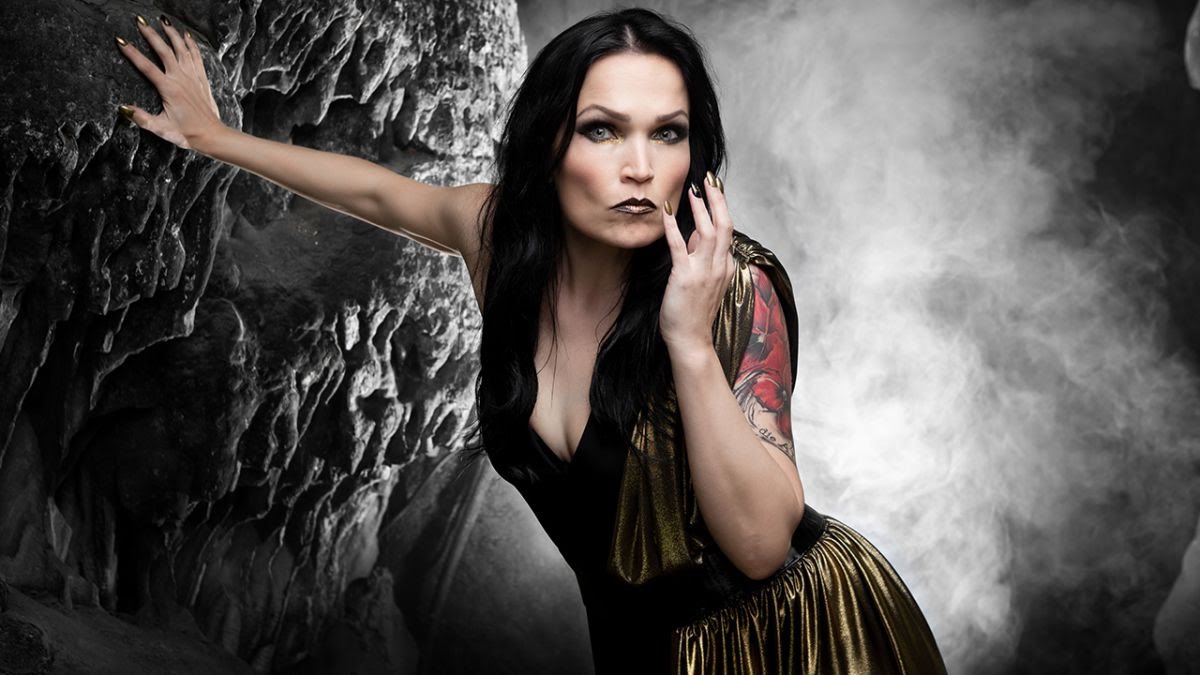 It isn’t that often she comes this way, and she has said recently that touring can tire her out nowadays, so it’s worth noting that Tarja Turunen’s ‘Raw’ tour, currently in Latin America, will arrive in the UK for three dates in March next year.

Married to an Argentinean businessman, having lived in Latin America, and now resident in southern Spain, most of her tour dates are in Latin America or the Iberian peninsula, though she has recently been on a lengthy tour of Russia, so anyone with even the faintest interest in symphonic or operatic metal should make an effort to see the Finnish soprano who single-handedly invented the genre.

There will be many who take issue with me over that statement on the basis that she was merely a (founding) band member of Nightwish and they aren’t the only symphonic metal band by any means but it was her vocal contribution – possibly the first time a classically-trained female operatic voice had been used consistently in contemporary rock music – that defined that band and which, as a result, contributed to her dismissal from it in 2005.

Since then both Nightwish and Turunen herself have gone on to greater things and she’s been far more prolific than her ex-band with a total of 18 rock, classical, Christmas, Live and video albums, four EPs and 26 singles. The most recent was her fifth studio rock album, ‘In the Raw’ (August 2019).

A quick perusal of set lists reveals she is playing at least one Nightwish cover in each performance (the most frequent are ‘Wishmaster’ and ‘Nemo’, both of which figured in her last ever Nightwish show) but 14 years after the night of the brutal parting of the ways in Helsinki, most people attend her shows now to see Tarja Turunen, not the past.

For those not familiar with Turunen, after the tour schedule below there are two videos, the first being one of her own songs, ‘Into the Sun’ from the album ‘Act 1: Live in Rosario’ and recorded in that Argentinean city in March 2012.

The second, and if you’ve never seen it before you need to prepare yourself for it, is the breathtaking performance of Nightwish’s interpretation of the theme from ‘The Phantom of the Opera’ in October 2005 at the Hartwell Arena in Helsinki, the final one of the worldwide ‘End of an Era tour’.  It was exactly that, the end of an era. Moments later, in one of the most dramatically unanticipated events in rock history, Turunen was sacked by way of an openly published letter, an action which has polarised Nightwish fans ever since.

Briefly, for Nightwish fans, I have learned that the world tour that will accompany their next album, currently being recorded and to be released early next year, is already fully booked (four Latin American dates and one in Europe are already revealed for 2020) but the remainder is being kept under wraps for now.  Readers of GIITTV’s ‘Nordic Music Scene’ will be the first to know.

Turunen played a short set with Nightwish bassist and vocalist Marco Hietala in December 2017 causing excitement amongst fans but she has said recently that any ‘reconciliation’ that might lead to her recording even one song with them, let alone an album or appearing live, is still some way in the future. “I’ve forgiven”, she said, “but I can’t forget”. And of course Nightwish now have a new fan vocalist ‘heroine’ in the form of Floor Jansen.

Then again, earlier this year, in an article on Shakespears Sister, I said a reunion there was unlikely to happen. A week later, one was announced, after 27 years.