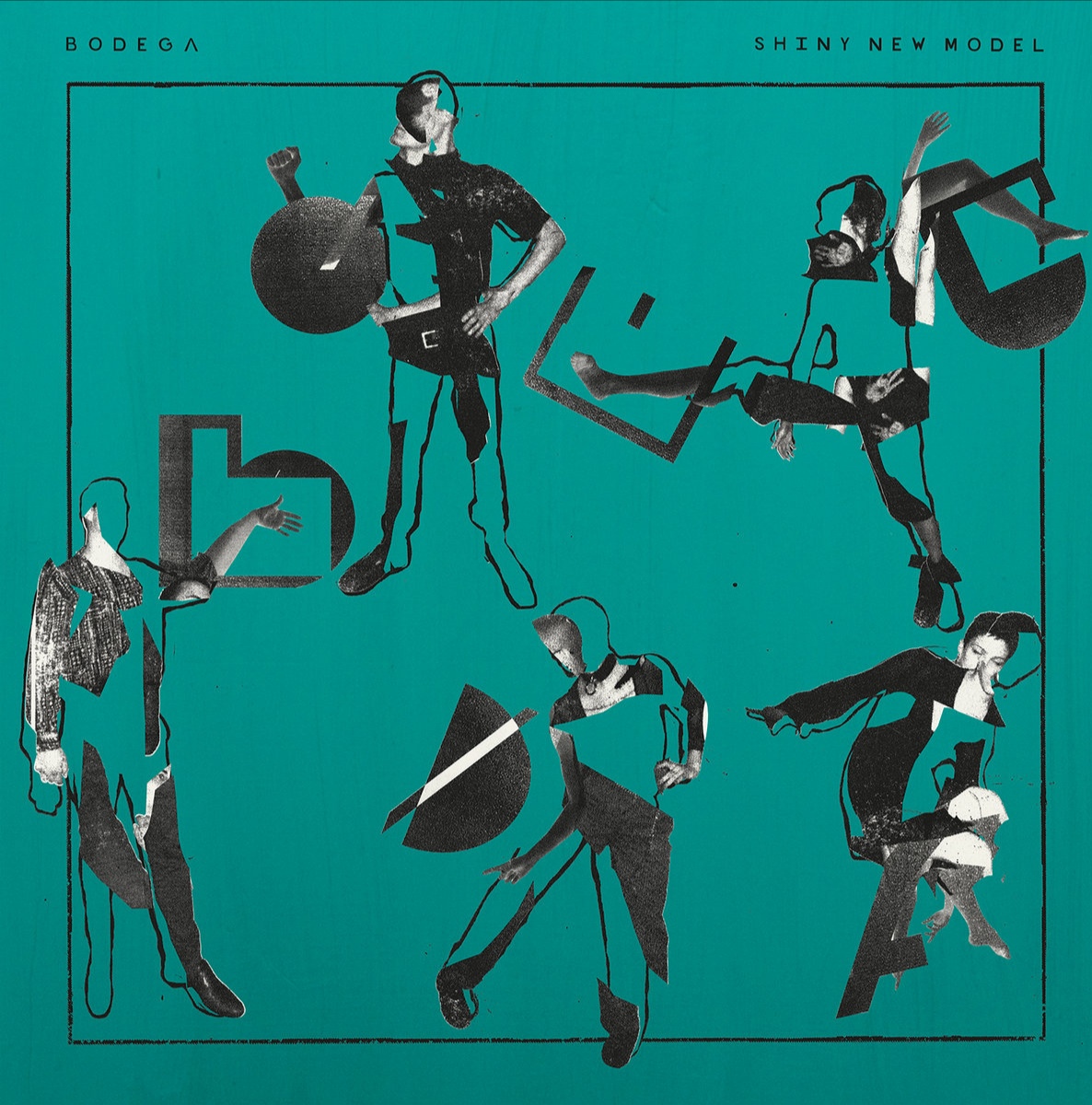 “You will be replaced, by a shiny new model”

It’s dusk in Brooklyn, New York City, in between buildings you can glimpse the Brooklyn Bridge stretching across the East River to Manhattan, steam comes out of industrial vents and air conditioning units, yellow taxis idle past, music comes out of a nearby bar or store, either or.

A loft apartment above has light pouring out, the sound of voices drifts down, a door opens to the street and a group fall on to the sidewalk. They make their way over to the store and head out towards the back, “In the aisle by the cleaning supplies/In the corner by the stale crackers” to the “back of Bodega”.

The gaggle could be Ben, Nik, Madison, Heather and Tai, of Bodega, the Art Rock band that have reappeared about year after they foisted their debut LP on the world with a “mini album” Shiny New Model, that bridges the gap between Endless Scroll and LP2.

The title track is arguably the best thing they have done, depending on the mood you’re in. The whole record is a little more sedate, whether that is because this has been produced by lead guitarist Madison Velding-VanDam, but the harsher edges have been removed and the angular guitar is much more prominent. Their approach to the subject matter seems to be more abstract and less confrontational. “Shiny New Model” is a cautionary tale that could be about how anything en vogue can be replaced by the new thing when the cash is splashed, using the metaphor of the back of a Brooklyn bodega as the shelf you will be left on, or where the last fashionable commodity is cast.

Whilst Side A consists of fully rounded songs, Side B seems to have ideas for songs, sub 1 or 2 minute interludes that could be either a burst of consciousness to bombard the listener or little vignettes that link album tracks together. Some have promise, others are a little too brief.
“No Vanguard Revival” is presumably a comment on the New York Jazz Club, “Knife on a Platter”, presumably not about cutlery on a plate but an aging actress who doesn’t get the roles anymore, unused and bitter and twisted about it.

“Domesticated Animal” appears to be suggesting we are all so engrossed on our phones, tablets, laptop screens we’re nothing more than pets who can use the bathroom and don’t scratch the furniture.

It ultimately feels like a soundtrack to an art installation or demonstration that for reasons only known to this mind, conjures images of the episode of Spaced where David Walliams and Paul Kaye have cameos as performance artists.

Bodega are not simply a band, but a continuous performance art piece, always with a message, always slightly off the wall and abstract.

Shiny New Model feels deliberately brief, purposefully tantalising. It evens ends on a reworking of “Truth Is Not A Punishment” from the debut LP, which in typically unorthodox manner is a sprawling jam on the vinyl edition of the record, more in keeping with the live version.

This is preparing us for the next LP. Until then you’ll find them in the back of a bodega.