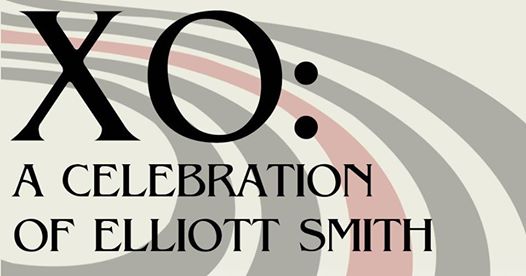 The word ‘celebration’ in the title should not be underestimated. As Broken Records’ Jamie Sutherland explains to the crowd, it’s about celebrating the life and music of Elliott Smith. Smith tragically died fifteen years ago this week. It’s a link with another musician closer to home, Frightened Rabbit’s Scott Hutchison who died last year and in whose name Tiny Changes was set up. The night is a celebration of Smith’s work and a reminder of just how much great music making goes on in Scotland. Oh, and of course, twenty-one years since the fabulous XO album was released.

Sadly, your humble scribe was making his way from another event and wasn’t able to be there for the start. But an event that included Matt Norris, Kid Canaveral and eaglowl is pretty much guaranteed to be good. We made our way up the stairs as a gorgeous version of ‘Thirteen’ floated through the building. This song, originally performed by Big Star was covered by Smith and the frailty of his version helped him make the song his own (for those looking for other heart-rending versions of Big Star songs, may I suggest Yo La Tengo’s version of ‘Take Care’).

The concert that I witnessed was fantastic. Siobhan Wilson, who has released two highly regarded albums There Are No Saints and The Departure was absolutely beguiling. Accompanied by Broken Records’ Ian Turnbull on guitar while she sang and played piano, it was the reminder that you can get at events like this that you have to investigate the artist concerned further.

Jamie Sutherland performed ‘Waltz #2’ and ‘Between The Bars.’ A stunning stripped down performance, it begs the question why, a decade into their recording career, have Broken Records not been given the exposure and recognition they so richly deserve? Certainly, this writer has long championed him and his band.

Still, one of the night’s surprise guests can tell the world about profiles being raised over a period of decades. Rachel Sermanni had to pull out but the legendary Vashti Bunyan takes her place. Ms. Bunyan seems very nervous but accompanied by Messrs Sutherland and Turnbull gives us a lovely rendition of ‘Pitseleh.’

The evening’s highlight for me, and I suspect, many others was James Yorkston. Accompanied by violinist Aidan O’Rourke, he closed the event with distinctive versions of ‘No Name #1,’ ‘Roman Candle’ and finally ‘Miss Misery.’ In true Yorkston style, he recounts a story of meeting Smith backstage at a gig and Smith telling him to perform ‘Roman Candle’ at the memorial gig, in the style of the Doctor Who theme. It’s a wonderful idea…