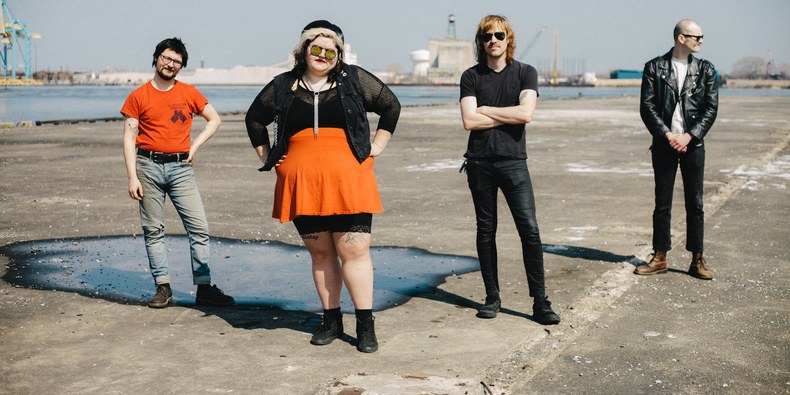 2019 has been an excellent year for new music, and it has been very difficult to get down to the best ten tracks. Honourable mentions go to a few who just missed out on my Top 10: Lizzo (‘Juice’), Pet Shop Boys (‘Dreamland’), Beabadoobee (‘Space Cadet’), Geowulf (‘He’s 31’), Potty Mouth (‘Starry Eyes’), Julia Jacklin (‘Pressure To Party’) and pretty much anything from the Weyes Blood or Karen O & Dangermouse albums. But, without further delay, here are my ten (for today at least!):

Unusually for Josh Rouse, he put out a couple of non-album singles this year. ‘Trouble’ is classic Josh, an understated tune that nonetheless takes hold in your head after the first couple of listens. A breezy, Summery delight.

From the excellent second Shura album Forevher came ‘The Stage’, a beautifully produced piece of pristine pop with more ideas packed into it than some entire albums.

Anything by Adam Green always gives a warm glow and this year’s 19-minute, ten track masterpiece Engine Of Paradise was no exception. ‘Freeze My Love’ was the album’s first single and includes Green’s usual unique lyrics and a lovely laid back, orchestrated tune. “I’ll just freeze my love because technology has changed me”. Well, quite!

The latest in a string of utterly brilliant Marika Hackman releases, in reality any song from Any Human Friend could have made the cut, but I have gone for ‘The One’ with its nod to Blondie‘s ‘Heart Of Glass’ in the intro and a killer chorus. It’s great to see Marika Hackman reaching more people with each release – she really is an exceptional lyricist and songwriter, unlike any other that we have.

6. Robert Forster – ‘Crazy Jane On The Day Of Judgement’

The former Go-Between continued where 2017’s excellent Songs To Play left off, with this year’s superb Inferno. The opening track, ‘Crazy Jane On The Day Of Judgement’ was its best moment, a downbeat marriage of Forster’s music and lyrics by none other than poet William Butler Yeats, where Forster sounds resigned yet hopeful all at once. The year’s best album sleeve too!

2019 was pretty much the year of Billie Eilish – it has been so gratifying to see such an original artist have massive chart success, just when a lot of us thought it was perhaps impossible. ‘Bad Guy’ was pretty ubiquitous but has never got to the point, for me at least, of being overplayed. It still sounds killer every time!

The Parisians Isaac Delusion (a band, not a solo artist) came up with one of the year’s unexpected hits – that’s because, quite honestly, I hadn’t heard of them before this year’s third album Uplifters. ‘Together’ quickly became one of my most-played songs of the year, like a long-lost track from Bronski Beat‘s The Age Of Consent, but very much a 2019 track too. Give it a try. It currently sits a mere 659 million YouTube views behind my Number 5 choice.

As soon as I heard ‘Boasty’, I was convinced it would be Number 1 for 23 weeks. It actually only reached Number 11 in the end, which is a surprise as it is a total earworm of a song and also has the best video of the year by some distance. Wiley brings together the diverse talents of Stefflon Don, Sean Paul and Idris Elba in a genius concoction where removing any of them from the track would immeasurably reduce its impact. Joyful.

One of those songs that sounds instantly like a familiar classic, ‘Patience’ also appears to be a non-album single from back in the Springtime. Kevin Parker’s wistful voice is a perfect fit for the keyboard-led track. “Another season changes” opines Parker on his best work since the first Melody’s Echo Chamber album. It’s so beautifully melancholic yet hopeful.

One day, everyone on Earth will realise the brilliance that is Sheer Mag. ‘Silver Line’ is as shiny as its title, the most all-out pop moment yet by the band, now on album number three (or two if you aren’t counting the round-up of their three E.P.s).

Tina Halladay’s voice is always so natural and urgent and sounds like it was put down in one take (in a good way!) while on ‘Silver Line’ an irresistible guitar hook proves the perfect foil.