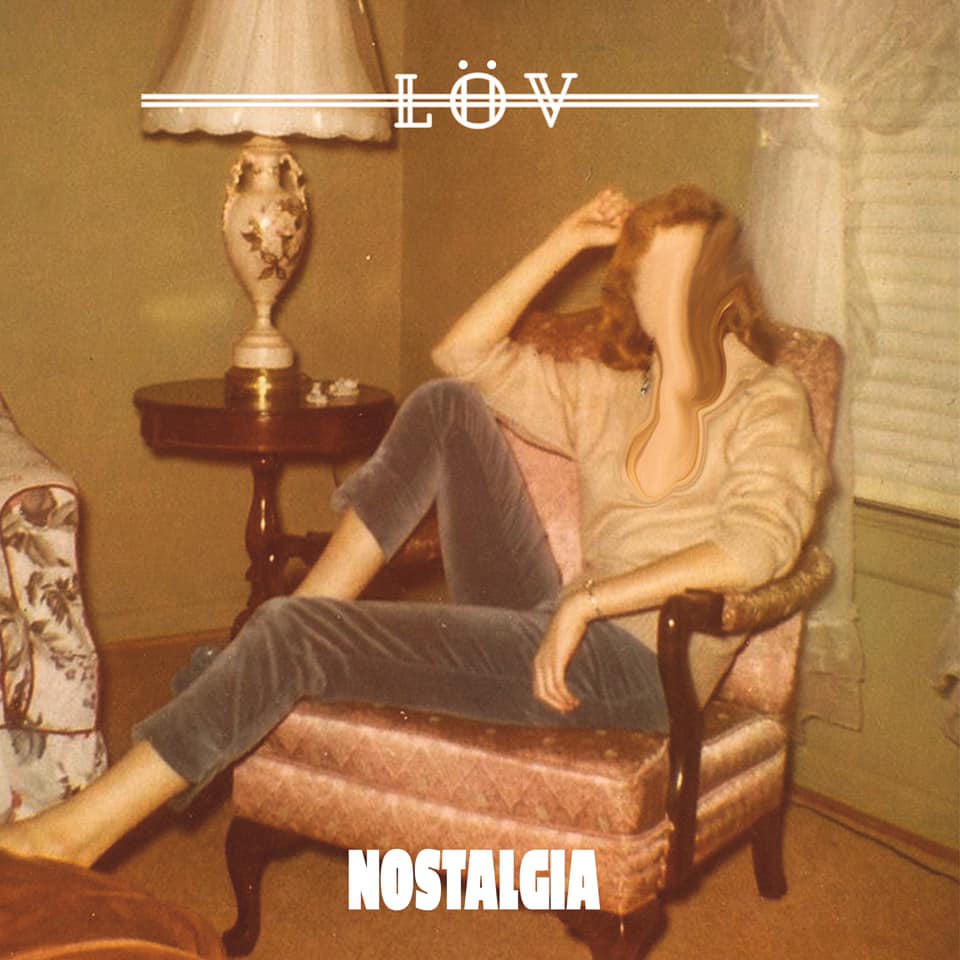 Just in case you don’t read Nordic Music Scene, Löv is a Norwegian band that I’ve identified by way of their five singles released to date, two of which featured on a Norwegian/Swedish TV series, as having great potential. They were formed in 2017 by Øystein Skar and Marte Eberson, previously keyboardists and backing vocalists with Highasakite, and Martin Halla, a winner of the Norwegian TV ‘The Voice’ competition. This is their debut album.

If Ingrid Håvik is the voice of Highasakite then Skar and Eberson were, together, its heartbeat and power station in my opinion so the pedigree was already established, with Halla’s powerful soprano the icing on the cake.

The album tells the story of their time together and of how they merged their various musical ‘nuances’ into a singularity.

It doesn’t appear as if the release date, 14th February, Valentine’s Day, has any significance. The album isn’t especially a romantic one (and Löv translates as ‘Leaf’ anyway – not love).

They say, “Nostalgia is a word for longing, but also for something beautiful and wistful, containing memories which have affected who you are and what you do.”

Accordingly, the soundscapes were influenced by factors that generated nostalgic feelings, such as the noises of a city, reminiscences of after-school parties with an acoustic guitar and synth sounds that recall ‘Twin Peaks’, while the lyrics concern childhood dreams, a terminated love affair, the need to find the way home, good and bad choices made along the way, and a desire to forgive, but not forget.

That last one – forgiveness – raises an interesting conundrum. Two of them had every right to feel aggrieved by the circumstances of their exit from their previous band and couldn’t be blamed for doing a Peter Gabriel, who laced up his boots and stuck them firmly into the midriff of Genesis on ‘Solsbury Hill.’

But they haven’t. Apart from second track, ‘Brother’, which coincidentally contains a line, “Do you know that you’re guilty of this scenery” that isn’t a million miles away from one on ‘Solsbury Hill’, it appears that they resisted the temptation; which is to their eternal credit.

‘Nostalgia’ opens with the title track, and the fundamental notion that “Nostalgia brings you home”. It’s the one with the city noises, gentle piano, and a radio playing very quietly in the background as if a grandma might have dozed off to it. Then it suddenly becomes a vocal workout for Martin, whose multiple harmonised voices blast out like an air raid warning which could wake the dead, never mind grandma.

The clever lyrics apart, ‘Brother’ is notable for crunching piano and drums in combination (a regular feature throughout the album); a brief sample of those complex keyboard arrangements between Skar and Eberson which helped set Highasakite apart from every other Norwegian band; and a chorus to die for. Definitely UK chart material.

‘Take me home’ was reviewed in this month’s Nordic Music Scene so I’ll paraphrase what I said there:

“In its structure it might have been written specifically with a BBC Radio 2 playlist in mind. More interesting to me though is the combination of piano and percussion that is reminiscent of Arcade Fire’s ‘Sprawl II (Mountains beyond Mountains).’” The ‘home’ here isn’t Oslo I suspect, but where, with the benefit of hindsight, they feel they always belonged – in each other’s company. So home is a metaphor for their musical camaraderie. Does that sound soppy? You know what I mean.

‘I got you’ is a tremendously powerful song with a multiple synths arrangement (I once counted seven of them with five being played at once by three people at a Highasakite gig, so much gear that the support act couldn’t get on stage) and booming drums. It’s tailor-made for a weepy Hollywood film, you know, the sort that used to star Meg Ryan and some poor sod who’s stuck on the other side of the country from her, exchanging those clunky, slow to download, early emails while she fakes an orgasm, and I seriously expect it to be synced like mad in Burbank.

The keys are struck so forcibly in ‘Hero’ that it could be saloon bar-room honky-tonk. An out-and-out pop banger, almost a dance track, with another chorus that will immediately have you tapping your feet.

‘IOU’ is a strange song, mainly instrumental with the only lyric that single acronym, IOU. The message is simple enough. The intriguing bit is that the melody line is similar to that of the Highasakite song ‘Science and Blood Tests’ and Martin’s outro vocal almost mimics the one in that song. Not quite sure what to make of that.

Martin varies his vocal in ‘Strangers or Lovers’, coming down an octave or two, and sounding strangely like Poly Styrene in her later recording years. Another pop banger when it gets going, the percussion is possibly too strong on the chorus but that’s countered by a marginal R&B feel in some sections of the vocal.

‘Words’ is a throwback to a previous era; it has a sort of 1970s feel to it, including the synth breaks, and is simply stated both musically and lyrically. In contrast, the following track, ‘That Night’, has a more complex arrangement that hints at the different directions they can take if they wish and how much further they can go. Starting off with a similar synth line to that off a couple of songs on Highasakite’s ‘Camp Echo’ album, it quickly morphs into something that could be the product of Gloria Estefan and the Miami Sound Machine, while vocally, Martin takes on the mantle of Lionel Ritchie.

‘My Religion’ is an experimental instrumental piece only one and a half minutes long. This is the ‘Twin Peaks’ track for sure, images of dwarves, giants, Laura Palmer and (sigh) Sherilyn Fenn drift right out of it. David Lynch would be delighted I’m certain. They should send it to him, ready for Twin Peaks: The Return of The Return.

The album ends with an early single, ‘Superhuman’. I pondered this one for a while. At first I thought it concerned a supermodel, then that it was a mild putdown of someone with ideas beyond their station. Whatever it refers to it encapsulates what the band is about: strong melodies, convincing vocals and lyrics, and subtle arrangements.

There’s lushness about the album which brought the phrase ‘Yacht Pop’ to mind. The ‘Yacht Rock’ genre of the 1980s in the U.S. – an amalgam of smooth R&B, jazz, soul, funk, and disco – and epitomised by the likes of The Doobie Brothers, The Beach Boys, Steely Dan, Captain and Tenille, Hall & Oates and Toto, has been revitalised and brought screaming into the 21st century here.

Those who tune into this album expecting Highasakite 2.0 will be disappointed. Yes, there are some elements of that band, there are bound to be, given their back story, but that’s where it ends. They are all professional musicians of high standing with their own sense of purpose and direction and they have found it with ‘Nostalgia’.

The only thing I don’t get is the album cover, which appears to be a picture of Marte Eberson except she’s just watched the videotape in ‘The Ring’ and her face has melted.