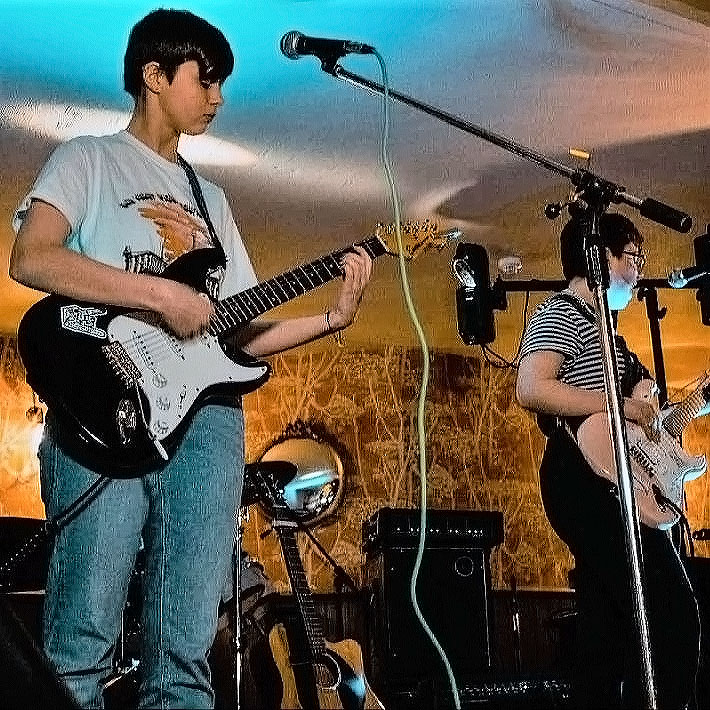 Ilkley is not somewhere you would usually associate with rock’n’roll but the traditional West Yorkshire spa town and civil parish is home to Warp Speed Chick and this two-piece band comprising Lou Cody and Alex Shimbles have just released their very first single.

Written and performed by the two teenagers in their home town and produced by James Redman, ‘Coraline’ is a confident debut. Set against a deceptively simple, yet undeniably dark acoustic arrangement – one that brings to mind some of Syd Barrett’s more haunting melodies on The Madcap Laughs – the song explores the emotional tension that lies somewhere between love and regret.

Warp Speed Chick cite The Big Moon, Marika Hackman and Rex Orange County amongst their influences and through their own music they are seeking “to prove that two people can make just as much of a full sound and engage an audience as well as a four piece band might.” By all accounts a couple of recent live shows at The Exchange Bar (Keighley)and The Vaults (Ilkley) firmly attested to this. Expect more gigs and more recorded music in the weeks and months to come.