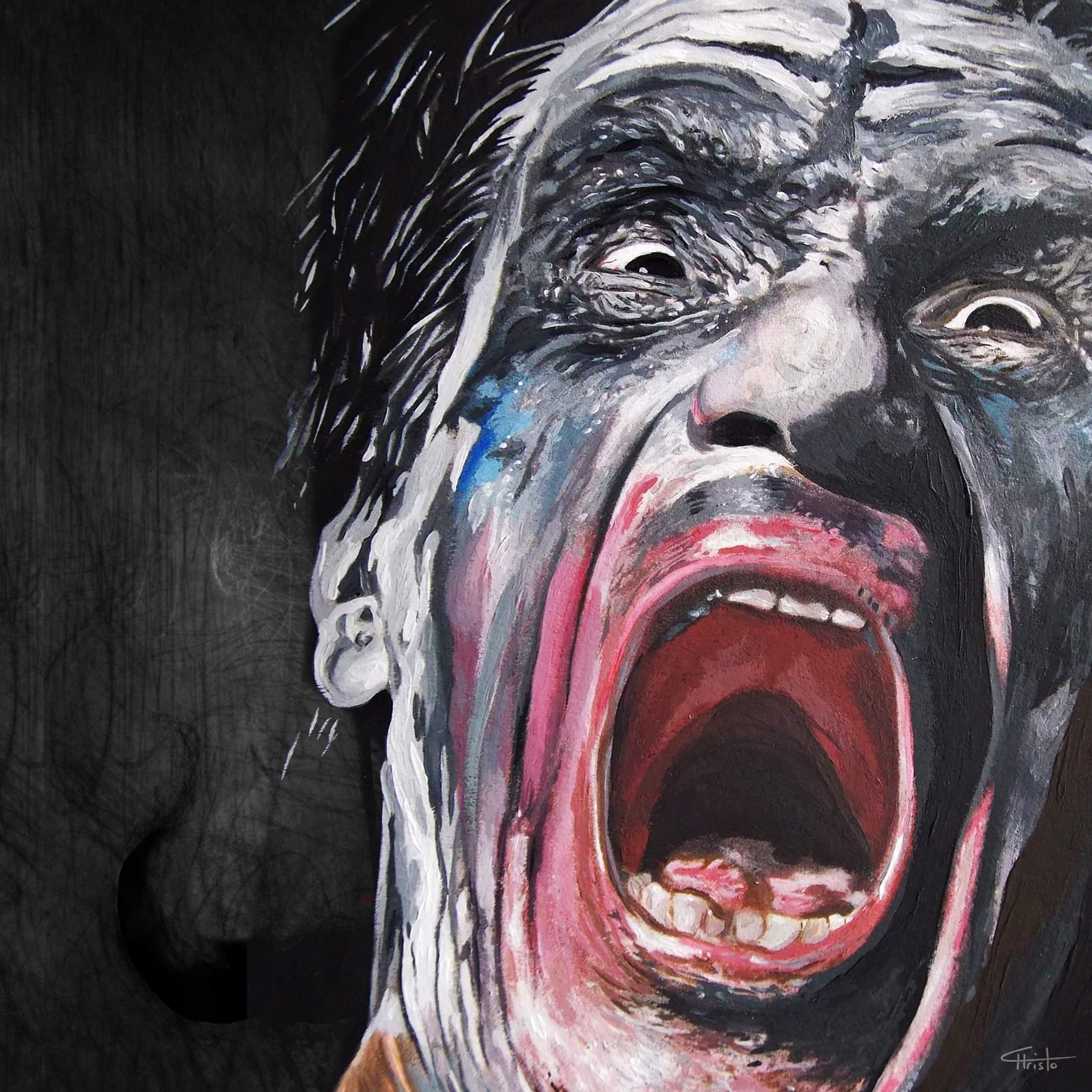 Behind the humour and the colourful hi-jinx, Legpuppy‘s Darren Laurence has a singular objective to his output. His need to have fun with the promotion of his music can sometimes obscure some of the more philosophical messages that lie just below that colourful surface. It was my my pleasure to yet again delve into the mind of a man with the curiosity of a child. Always a good thing when it comes to the music.

Greetings Darren, thanks for agreeing to a chat. How is the promo for ‘Kinky Emoji’ going?

It’s a very weird time to be releasing new material, I’m not sure if that’s what people actually want right now. They want fun, something to take their minds of what is going on. But saying that, I’ve been making tons of little videos using puppets, toys and some good old fashioned satire! Take the cover of Kinky Emoji, if you look hard, (pardon the pun) you will in fact see it’s a condom packet. I’ve been designing teasers using Furries. I mean, come on, who doesn’t love a human being dressed as a giant squirrel?

Can’t hate on humans dressed as squirrels, no..
‘Kinky Emoji’ has an interesting subject matter, right? Care to share your love of the furry subculture with our subscribers?

I think we are all secret (squirrels) in one way or another, see what I did there. Life can be mundane and repetitive for most of us. So finding a way to escape is good for the soul. And who gives a toss what the normals of this world think. I’m not actually a Furry, but I guess if I could find a Furry partner I’d definitely be game. I know what it’s like to hide behind a mask/character. It gives you a completely different perspective on life.

What’s your definition of a furry? Is it so different from wearing a policeman’s uniform, or a nurse’s outfit? Asking on behalf of a friend.

That’s actually a brilliant question. I guess one has authority, or has a perceived image of how they should act. Slightly off topic but take those religious people who stand outside the tube for hours, handing out Jesus leaflets. No one ever says anything, yet if I stood there dressed as a squirrel, people would laugh but ultimately call me a freak. I mean, who really is the freak in that situation?

Arguably we live in a world that’s seen so much that being labelled a freak isn’t a reaction one can bank on. You spoke of masks earlier. One of your promo pics depicts a male face screaming in agony as the red/blue clown make up runs down its cheeks. Care to offer a comment on that? I love it.

That incredible image was painted by Cristabel Christo. A superb artist I discovered through music. I remember commenting and sharing the work at the time. We spoke quite a bit online and met once in person. When I asked politely if I could use one of the images crediting her in the process she amazingly said yes. The new album cover also features work from this incredible talent.

Is the pic a meta commentary on your past ‘mask’ of the clown, or is there something more sinister at play?

Well, we have been talking about killing the clown off. Simon plays the part so well, he’s a trained actor, I also went into that Withnail speech then. We have a new character in mind, all will be revealed very soon. Lets just say, it’s quite Mighty Boosh.

Image means a lot to you from what I can see. Is there a deeper meaning to the artwork for ‘Kinky Emoji’?

Stay Safe! It really is that simple. I wanted to create something that wasn’t obvious, makes you think.

So, are the videos you’re using to promote yourself during the pandemic going to be a mainstay, or will you be done with them when we return to ‘normal’?

I’m creating daily, so hopefully yes. When you say return to normal, do you mean videos like Selfie Stick & RTAFOW, which you filmed?

Yeah, that normality is what I’m citing. Any final words regarding your latest single?

Play it loud, party hard with the headphones on and stay safe!

Thanks for your time Legpuppy!