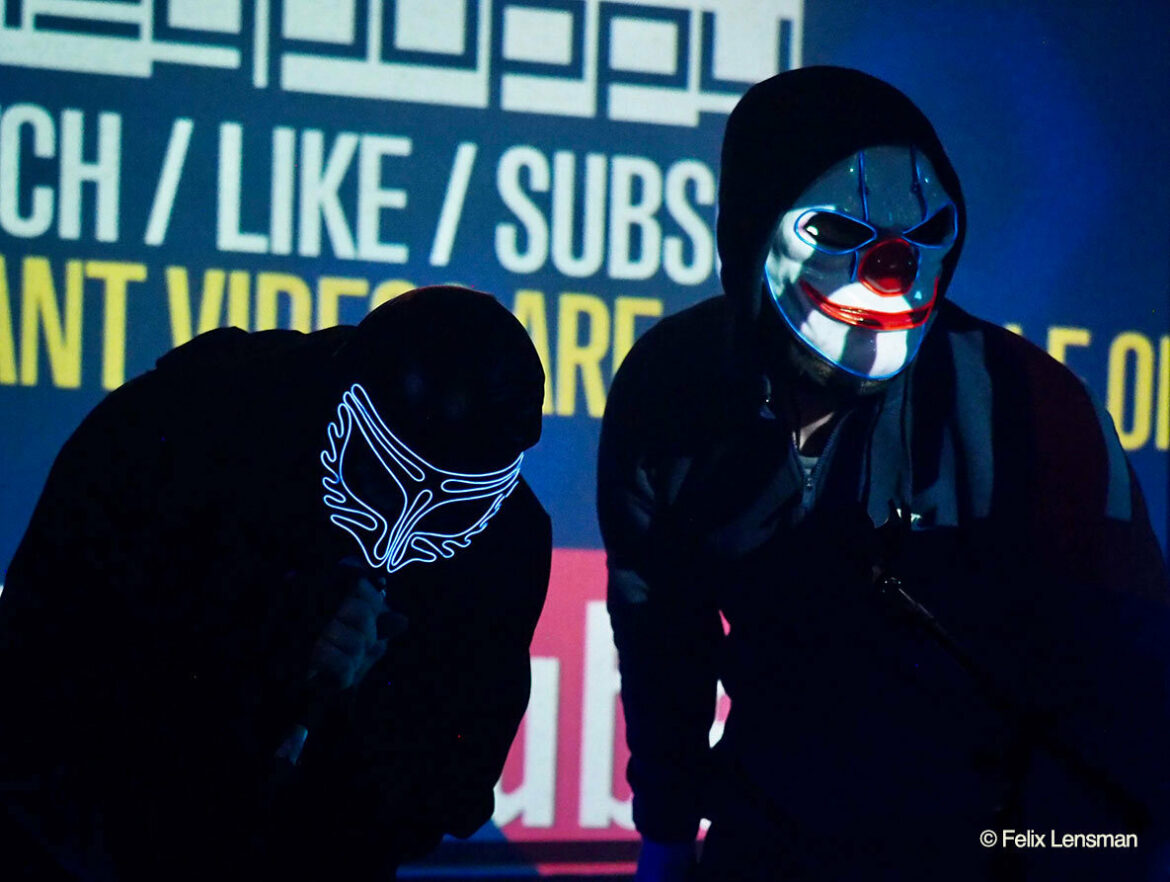 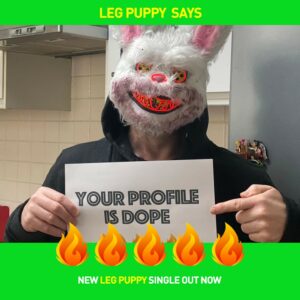 Clown wars, a change of producer and stripping down the act that is Legpuppy are discussed by the band’s ever animated frontman, Darren Lawrence.

John Clay: A lot has happened in the past year and a bit. Care to tell the difference between Legpuppy 2019 and Legpuppy 2021?

I would say we were more of a band, bass, guitar, two singers etc… We even had a drummer at one stage, but I found that quite stressful. Rehearsing takes up so much time, not to mention sound checking. We were making more guitar based tracks, Tears, Nominate & Twit Machine.

I was lucky enough to do a few mini tours in Germany & Portugal, we even mingled with the Portuguese mafia (a story for another time). I did one on my own, and one with a guitarist. I’m the kind of the person who won’t let an opportunity pass. I did ask the rest of the band, but they were too busy starting families.

Leg Puppy 2021 is more dance based, my future shows will be more of a DJ performance art kind of vibe; dancers, smoke machines, visuals. The tracks will be mashups of existing tracks and new tracks, I’m pretty excited by this. 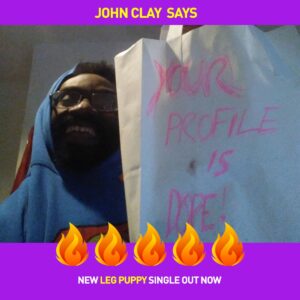 You’ve got a good idea there. Stripping stuff down to focus on you will be intriguing. What will be happening regarding the clown?

Most definitely, stripping everything down is the way forward. It means I can rehearse at home and will probably make the sound engineers job much easier too. I’m all for making people’s lives easier.

There will definitely be a few surprises with the clown, he has associates who have become jealous of the attention he has received. Clown wars could be on the horizon!

Ha! Care to elaborate on Clown wars, or is it a secret?

You’ll most definitely have to come to our future shows to find out! All I can say is, his associates no longer wanna be understudy!

‘Your Profile is Dope’ is a catchy phrase, even if it’s something hideous that you’ve decontextualised to poke fun at the opportunists who’ve used it on you and other artists. Is that one one of the reasons why you describe the song as your best work? What are the other reasons?

100%, it’s a phrase that is thrown about on Social Media and especially Instagram. I just love the production, I’m lucky enough to work with a brilliant producer who gets my vision. I mean, it is a pretty hilarious phrase right? I had an idea for the video originally where I was going to walk up to randoms in the street and say hello, your profile is dope, it would have been all about their response. Obviously in the current climate it wasn’t such a good idea. Dope idea right?

Perhaps you could manifest the idea in a vehicular form? Use a megaphone to tell people as you pass by that their profile is dope?

That is genius, like that comedy with Dom Jolly, Trigger Happy TV. Maybe I should still do this. 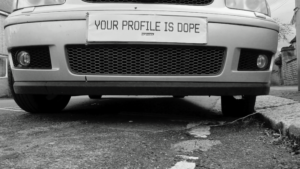 Keen to know about your choice of producer. Why the change from your previous?

I worked with the brilliant Paul of Sound on the first two albums, we created some great music together, plus I learnt so much from him. Paul is a very busy guy and in demand, working with top bands such as Black Midi & Goat Girl. I’m quite inpatient so when in the flow I like to get things done right there and then. I also work with Paris Alexander (Secret Friend) & his lovely partner Tina, who contributes vocals for us and puts on events in Brighton. I’m very lucky to work with three incredibly talented producers.

Considering your amazing amount of output it’s only a matter of time before you work with him again. Who else are you working with on the new album, or is it all hush-hush?

I’m more than open to working with talented people again. I’ve managed to get one of my fav artists from the past few years to sing on one of the tracks, Violent Vicky. She makes brilliant dark dance music with an absolutely gorgeous voice. We’ve become quite good music promo friends. There is a track on the album called ‘Cliff Richard (Are you juicy?)’, I can’t confirm whether he is actually on the track or not

You’re going to have to create a Cliff Richard emoji.

Thanks for your time and may your profile remain dope.

You are a social media expert 🔥 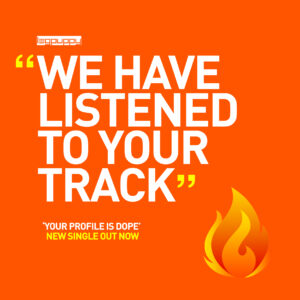